VIDEO: Blows Fly as Top Artists Fight Over a Woman 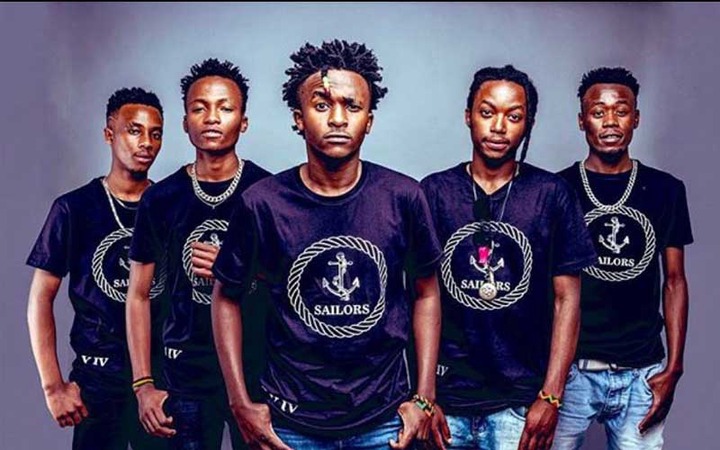 There was drama after two artists exchanged blows while attending a party.

In the video which has gone viral on social media, Sailors Gang's Shalkido and actor Wamiti Mwangi were caught on camera exchanging blows, and according to the source, a woman was involved.

A group of men was seen trying to separate the entertainers as they were jumping up and down to launch offensive attacks.

"Sailors Gang's Shalkido caught on camera exchanging blows with actor Wamiti Mwangi. It is alleged that a woman was the cause of the altercation," Mpasho captioned the video 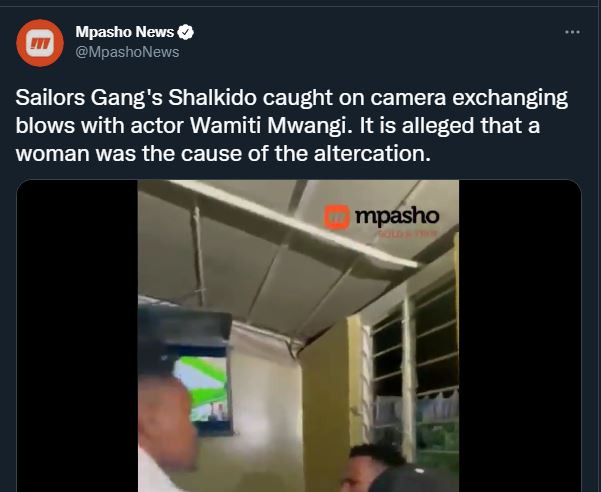 While the source said a woman was the reason why the two were fighting, there was no single woman in the room

"Hapana.. unaniambia nini wewe, hapana (no way, you cannot tell me such)," the actor was heard shouting.

It should be noted that some artists fake fights as a way of clout chasing, commonly known as 'kutafuta kiki"