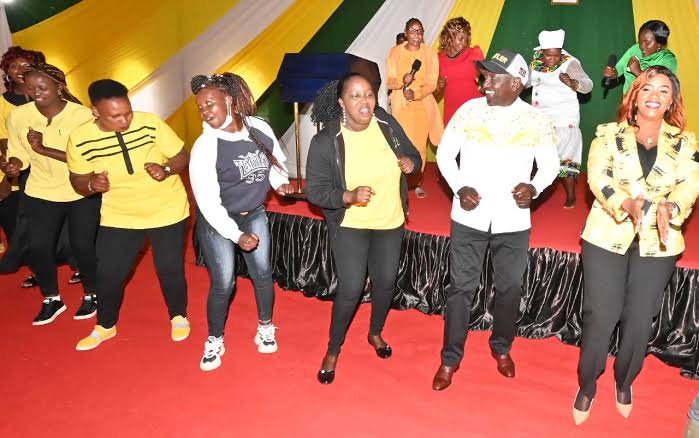 Deputy President Ruto and his friends Musalia Mudavadi of ANC and Moses Wetangula of the Ford- Kenya party have toured Kakamega county in a bid to sell the agenda of the new coalition and also to lure residents to vote for them ahead of 2022 polls. Musalia declared that some of the people feared the earthquake process and they feared that they will be questioned by president Uhuru Kenyatta who has been trying to regroup them to support Raila Odinga. 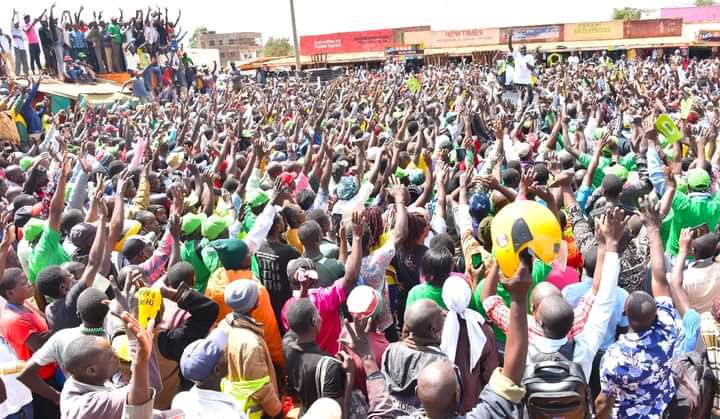 However, while DP was welcomed to address the residents, he was forced to stop dancing simply because the DJ put the wrong song and he had to wait until the right song was placed. President Ruto slams Raila Odinga that he has been doing closed- door meetings instead of involving Kenyans who will decide who will be their president in 2022. He urges former prime minister Raila Odinga to go home if he is defeated in 2022 polls and he should refrain from inciting youths in the country in a bad way. 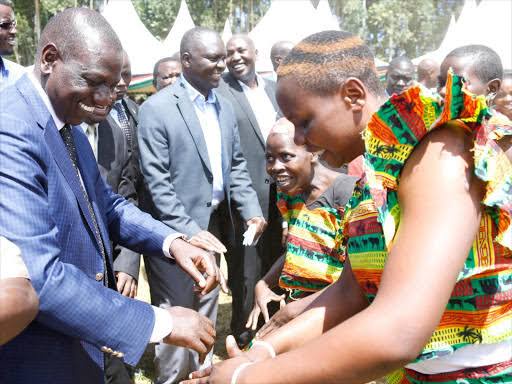 He also declared that he is focusing on uplifting the economy of the country through a bottom- up economic model and that is why he decided to join hands with his friends simply because they have a good agenda. He revealed that he will make sure that he put 50 million into small enterprises to uplift the economy of the country and also support the hustlers in the country. Deputy President Ruto is set to face Raila Odinga in 2022 polls and both leaders have declared that they are the best to be elected the president of Kenya. The big question is who will be the fifth president of Kenya between Raila and Ruto?

No Money For Guest Room; Migori Resident Turns Thickest Near School To Open Lodging In Daylight

Raila’s Itinerary for the Next One Week Released

Things That You Probably Didn't Know About Parrots