By UMEOMOKAnews (self media writer) | 24 days ago

Elon Musk who is believed to be the second richest person in the world has astonished many after He announced that him and the girlfriend known as Grimes have separated. According to him He unveiled that they agreed to part ways mainly because their careers could not allow them to stay together in one region. Elon who is the space X founder argued that they remain in good terms with his girlfriend and they are co-parenting to their one year old son who was named as X A-Xii.

“We are semi-separated but still love each other, see each other frequently and are on great terms, it’s mostly that my work at SpaceX and Tesla requires me to be primarily in Texas or traveling overseas and her work is primarily in LA. She’s staying with me now and Baby X is in the adjacent room," He told the publication. 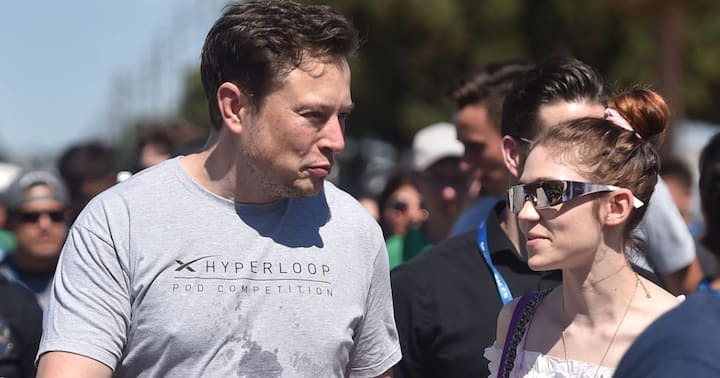 They have been dating since the year 2017 and they were blessed with one child last year. This has sparked many comments by the netizens as more questions are raised on why most of the wealthy people find it hard to stay in their relationships and marriage. Musk had earlier divorced with his wife Justine Wilson who gave birth to five children.

'Say What You Need To Say Today' Lilian Nganga Leaves Cryptic Message On Her Instagram Page.