Oscar Sudi, a close ally to the Deputy President William Ruto has let the cat out of the bag and castigated the Directorate of Criminal Investigation boss George Kinoti for being the mastermind behind the raid that was conducted at the offices of business mogul Jimmy Wanjigi.

According to the Kapseret Member of Parliament, Kinoti had a personal vendetta against Wanjigi after the tycoon won a case against Kinoti that saw the DCI boss convicted with the vocal legislator sharing a video on his social media pages. 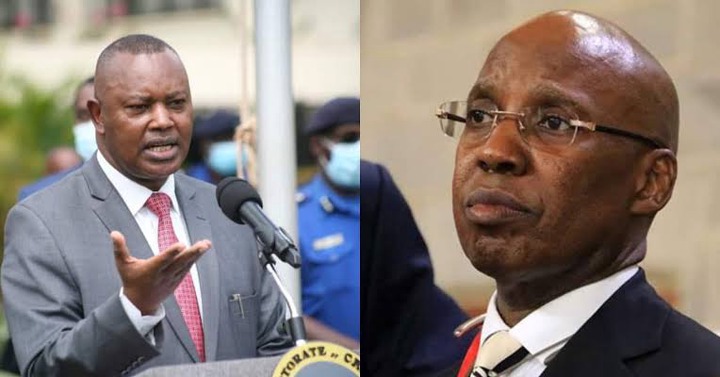 "Kinoti is going after Jimi Wanigi who fought for his rights and saw Kinoti jailed. The DCI boss has now decided to send all those police officers after Wanjigi. No one owns democracy in Kenya," Sudi stated.

Sudi also alleged that the raid was triggered by the comments made by Wanjigi at the home of Wiper party leader Kalonzo Musyoka where he termed Orange Democratic Movement leader Raila Odinga as a dictator.

The MP claimed that Wanjigi's comments had triggered unidentified antidemocratic individuals and he accused the DCI of being used to frustrate certain individuals in the country.