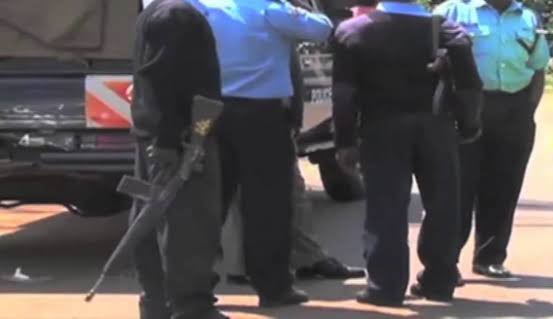 There was drama in Kendu Bay after a suspected rogue police officer opened fire when he was caught stealing.

DCI detectives are yet to establish whether a man dressed in a police jungle uniform who fired at the officers before he disappeared in the darkness towards the shores of Lake Victoria is an ordinary thug or a police officer.

According to the DCI report, police officers based at Kendu Bay yesterday were alerted that a lorry ferrying construction material from Kisumu to Kisii town had been diverted to the wrong destination.

The officers swang into action and immediately pursued the lorry before they caught up with it at the Rakwaro Kamwala area. 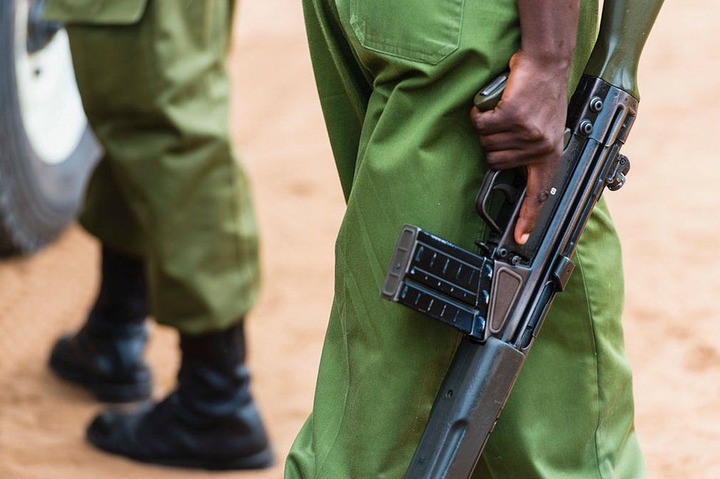 The officers also found out that suspected thugs were offloading the construction materials from the lorry.

Hell broke loose when the thugs spotted the officers, with one who was in police uniform opening fire, targeting to shoot officers.

While other thugs were arrested, the armed one managed to escape.

"However, four of his accomplices identified as Byron Apollo Ochieng, John Omondi Ochieng, Bernard Otieno Owuor and Quinter Otieno were arrested at the scene and escorted to Kendu Bay Police station for questioning," read DCI's report in part.

A police certificate of appointment, I.D card and a national hospital insurance card were recovered at the scene. The items are helping the officers to determine whether the armed man who escaped is a police officer or not.