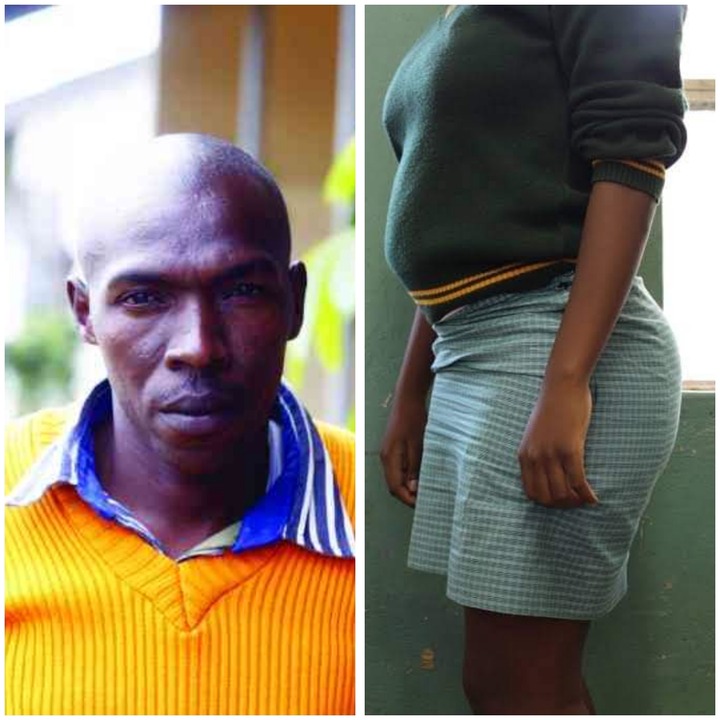 A man identified as Rodgers Koech is currently living in regrets after a Nakuru court slammed him witb a 15 years jail term for sleeping witb a minor.

According to the Standard, Koech is currently at the Nakuru Maximum prison after a court ruling.

It has emerged that Koech was making merry with a young woman, whom he claims she wanted to marry as his second wife.

Well, to his shock it was revealed that the young lady whom he had fallen in love with was minor and barely 15 years. 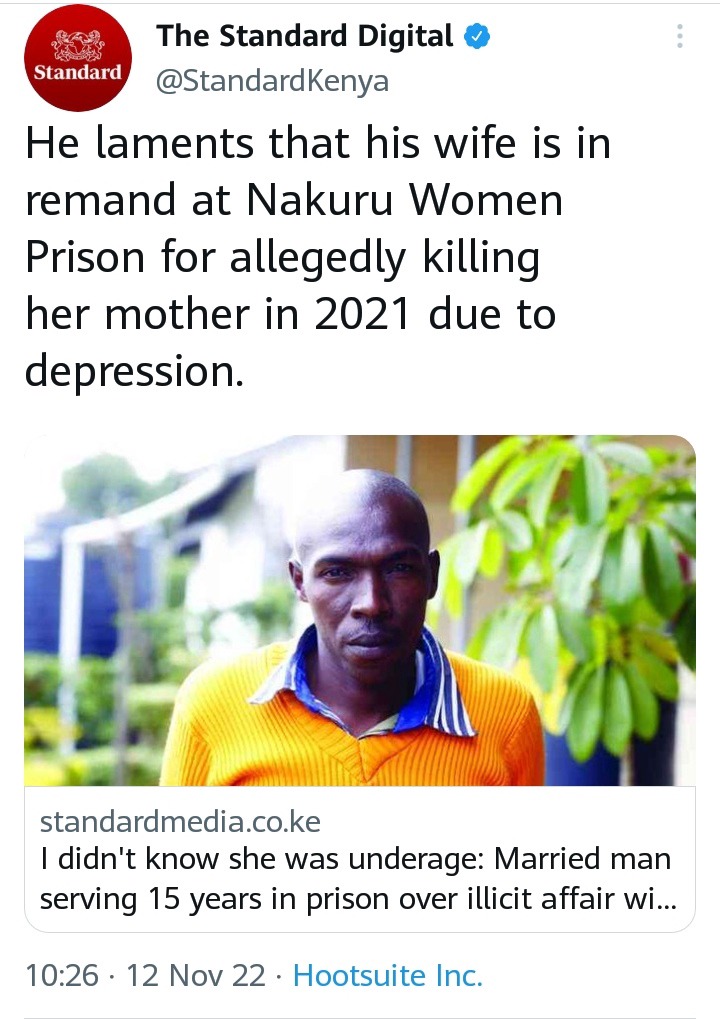 Narrating the painful ordeal, Koech revealed that police officers stormed his place of work arresting him on grounds he was defiling a minor.

Hewas handed a 15 year jail term, he has currently served three with 12 years to go.

Speaking to the media from prison, he revealed that he refused to eat as he wanted to die.

He went futher to reveal that, when his wife got wind of the shocking revelation that he was dating a minor and that he would serve a 15 year jail term, she fell in to depression.

Sadly, it has emerged that currently his wife is at Christen Koech is at Nakuru women's prison after she allegedly killed her own mum.

Koech is remorseful and still worries about his four kids who are currently living without a mother or father to aid them around. 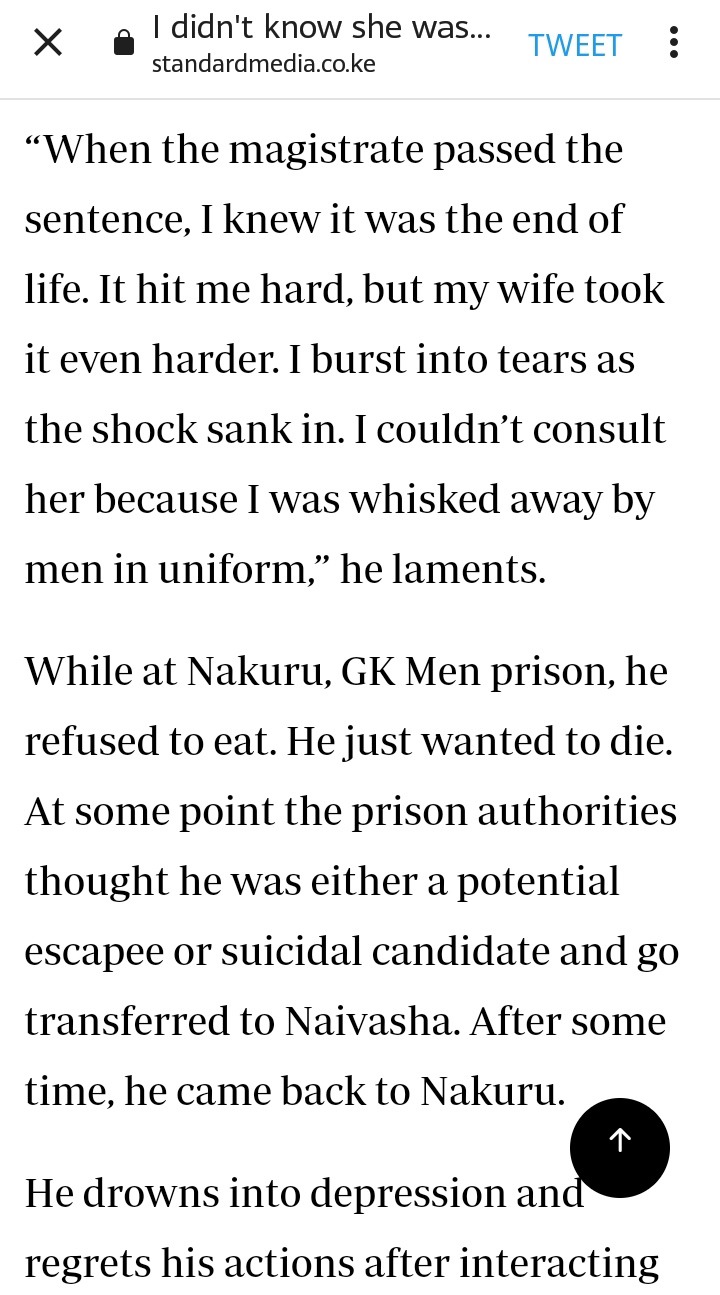