Rapper Nazizi Reveals Son's Face For The First Time, Opens Up On Little Known Details About Him.

By Liwiwriter (self media writer) | 5 months ago

Celebrated Kenya rapper Nazizi has unveiled the face of her newly-introduced son for the first time, after 10 months of keeping him away from the limelight. 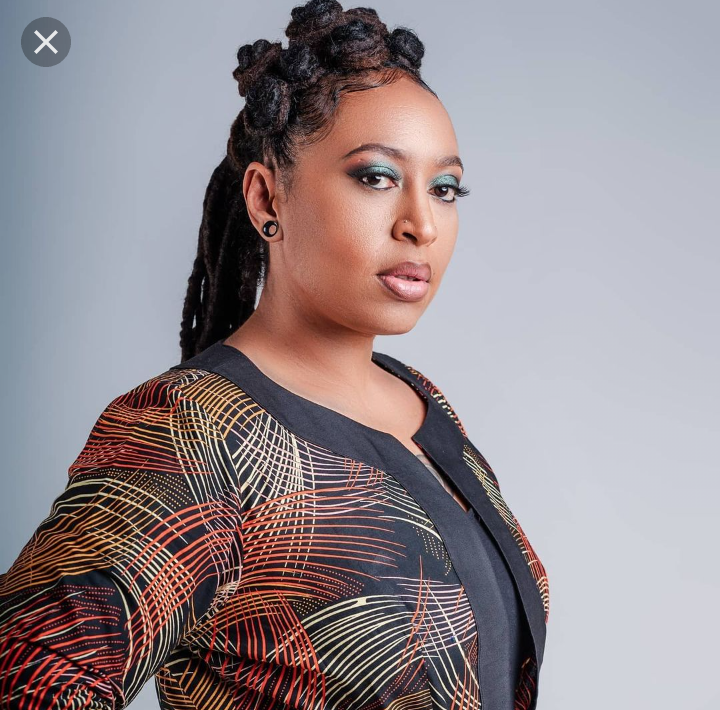 On her recent insta stories the beauty queen opted to give netizens a sneak peek of her handsome second-born son called Jazeel Adam.

This was during a Q&A session with her fans online where she opened up a forum for anyone to ask what they wanted to know about her baby.

And when curious fans wanted to know how she successfully managed to hide her pregnancy and his birth for 10 months, despite valiant efforts to hide his face, she finally revealed it. 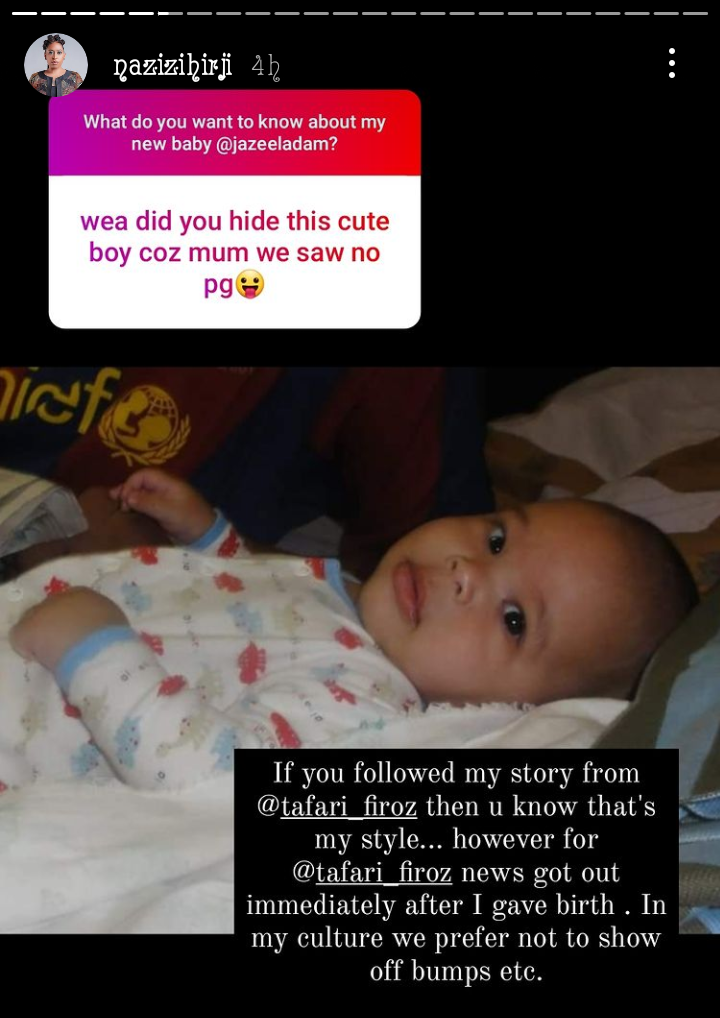 She revealed that the young one was born on the 5th of July 2020 and would be turning a year older about a month from now. 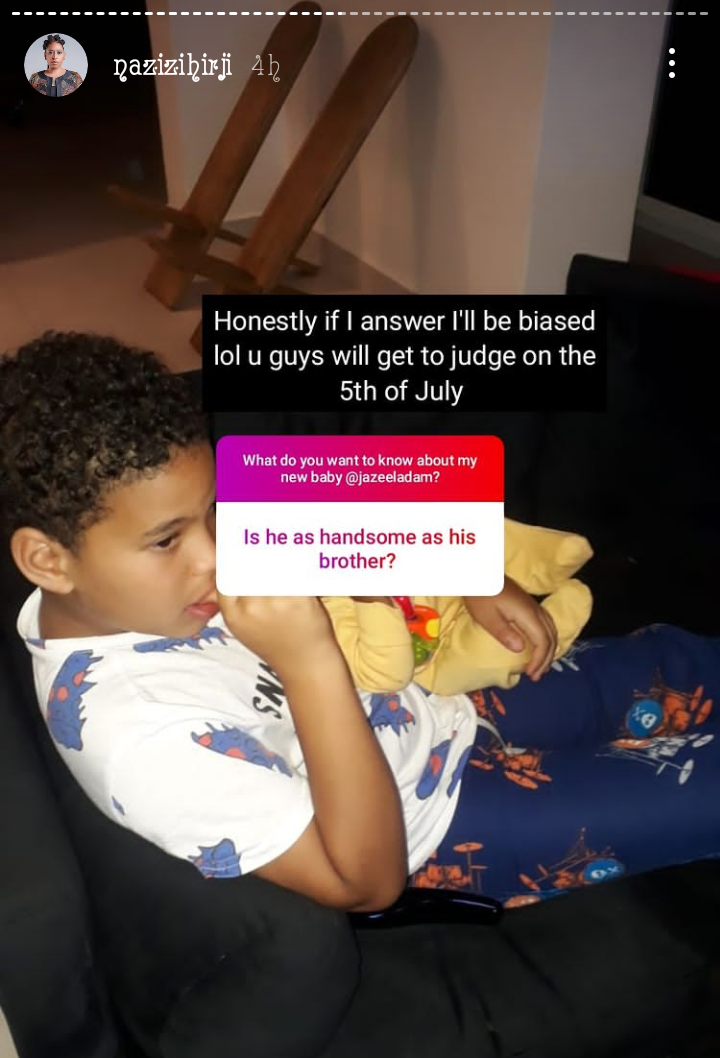 Nazizi also went ahead to disclose that her son was born prematurely at 7 months, and had to spend some 2 months in the incubator. 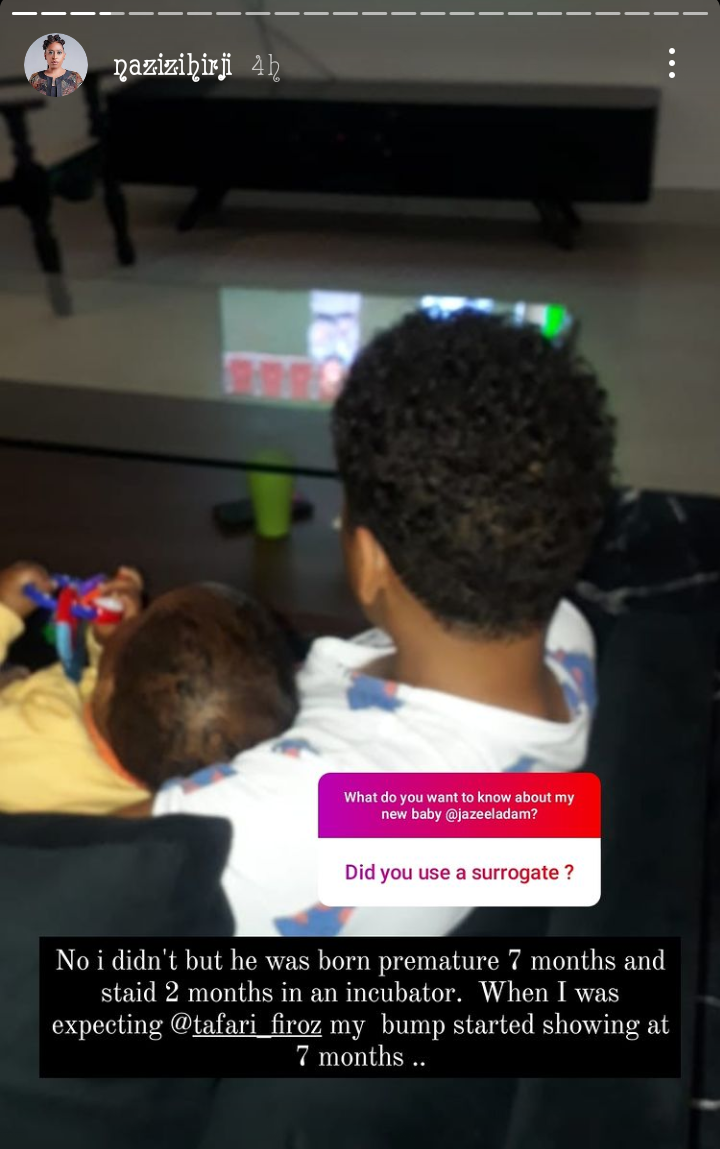 When curious fans also inquired if she used a surrogate presumably due to how she announced that he was 10-months-old out of the blue, the 'Fire' hit maker disclosed that she didn't.

Infact she said that she hid the pregnancy because people of her culture don't prefer the showing off of baby bumps.

However Nazizi also opened up on the complications that she faced when she was pregnant with her two sons, and revealed that if she was to have her third born she would definitely opt for a surrogate.

"Did you use a surrogate?" one fan inquired.

" No I didn't but considering for number 3. Too many health issues with the first 2" she answered. 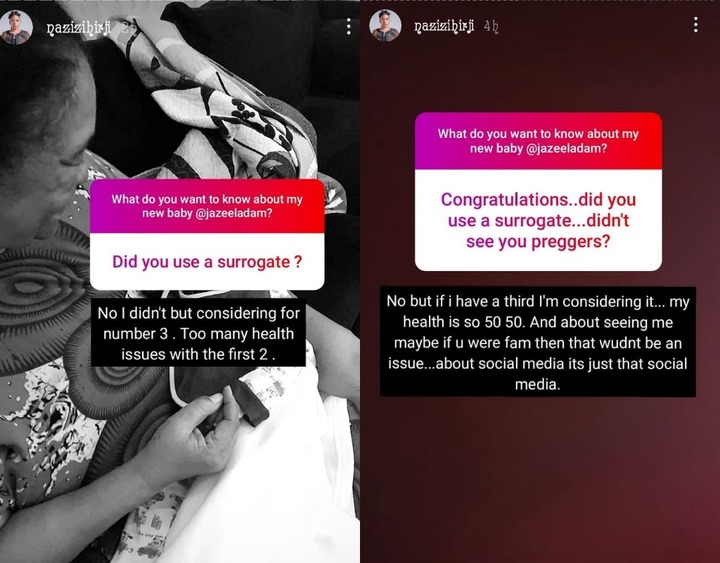 The sassy mother of two also opened up on why she named him Jazeel, and disclosed that it's because the name means tremendous, great or strong in Islam.

And since the young one was born prematurely, then he was a strong person to fight the challenges that came with it. 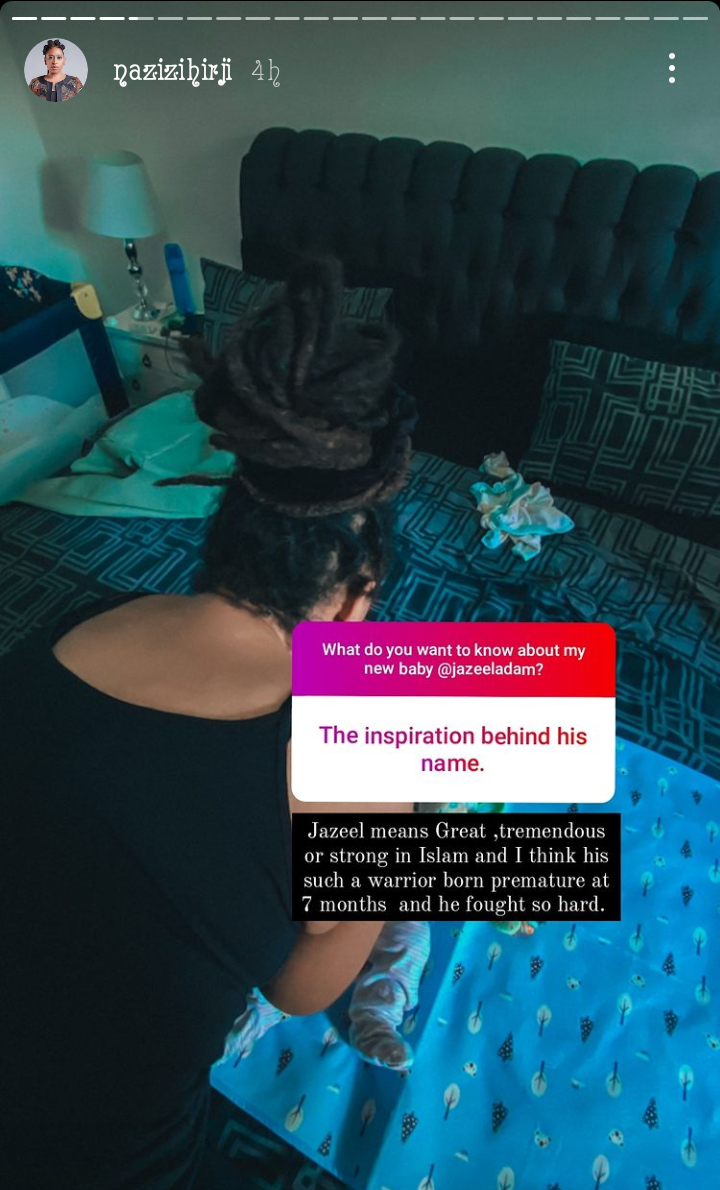 The rapper's decision to give details of her son comes just days after she first went public with the big news at the end of May.

Jazeel Adam is her son with her current man, who is also a commercial model called Anaka Adams

Besides him Nazizi also has her firstborn 10-year-old son called Tafari Firoz whom she birthed with ex-husband Vini. 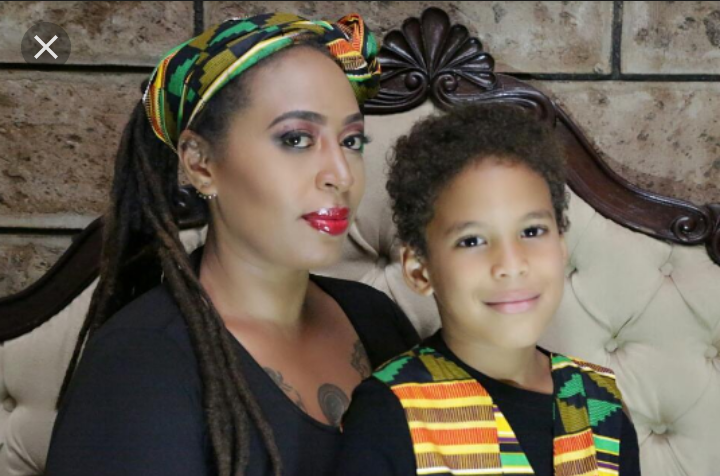 The couple had been married since 2008 before calling it quits with their relationship 5 years later.