By Introducer (self media writer) | 29 days ago

Radio presenter and comedian kazungu matani better known as captain otoyo who came to fame after he took part in acting in a local show papa shindula which was aired on citizen TV . it came to in end but he later joined Churchill show as a comedian and still did his best . later he became a radio presenter . 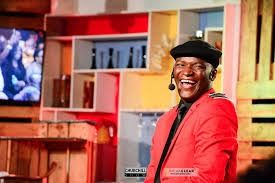 Captain otoyo was married to mashirama kapombe whom they have one kid with but later they divorced . mashirima kapombe is a news anchor at citizen tv reporting in Swahili at 7 pm . captain otoyo has lost his dad who has died at the age of 80 years . Captain otoyo has not stated the cause of the death of his father .