By Abedysingoe (self media writer) | 14 days ago 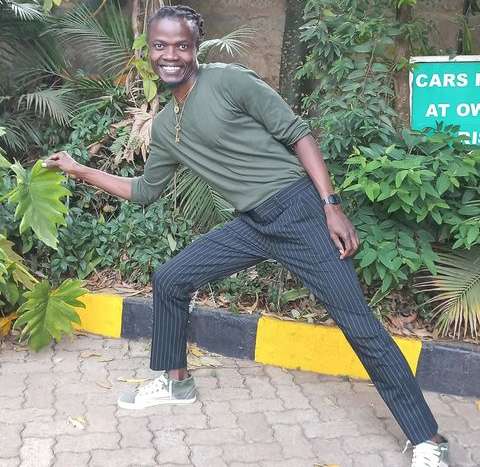 Kenyan celebrated rapper Julius Owino alias Juliani has been hitting headlines of late, most of it based on his controversial relationship with Lilian Nga' ng' a who is an ex wife to Machakos County governor Dr Alfred Mutua. Their relationship was shockingly made official just few weeks after Lilian ended her marriage with the governor.

This was the first time Juliani was making the headlines after his breakup with actress Brenda Wairimu, his baby mama. Despite being accused of cheating, the singer resorted to remain calm, and never engaged the ex girlfriend on why kind of social media fights. 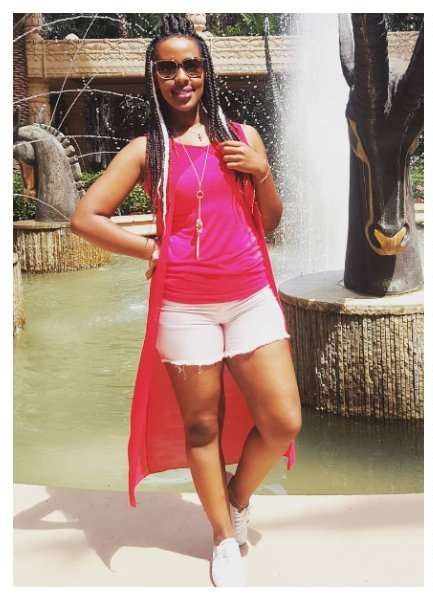 At one point, he stated that he would never fight with the mother of his kid on social media. Credit given, Juliani kept his promise, she has also managed to protect his kid, keeping them away from the drama that has since surrounded his life after being involved with Lilian Nga' ng' a.

Well, while other Kenyans are celebrating the Utamadumi Day, Juliani decoders to offer them something never seen before, a picture of his children. Taking to his Instagram stories, he shared picture of himself and the children then accompanied the photo stating that they had been watching some movie. 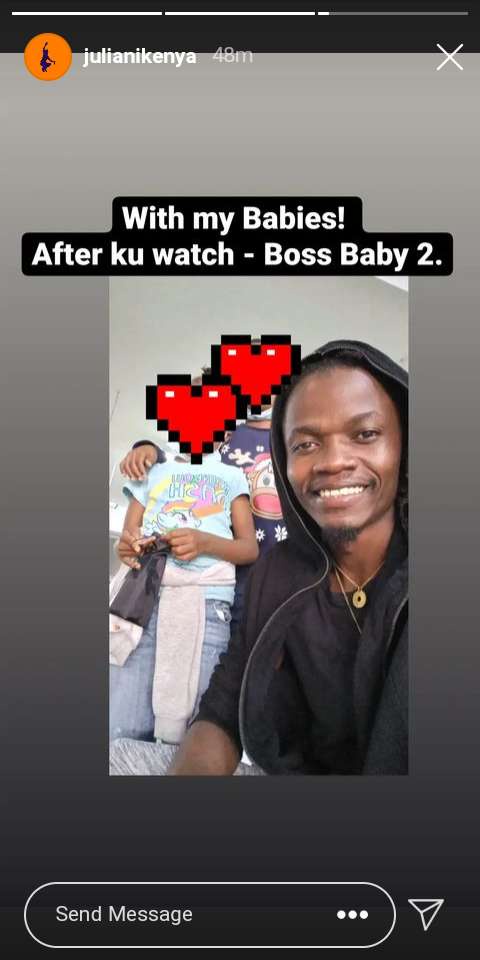 Wait a minute. Juliani still did not allow the public to see the faces of his children. He covered their faces with love emoji. 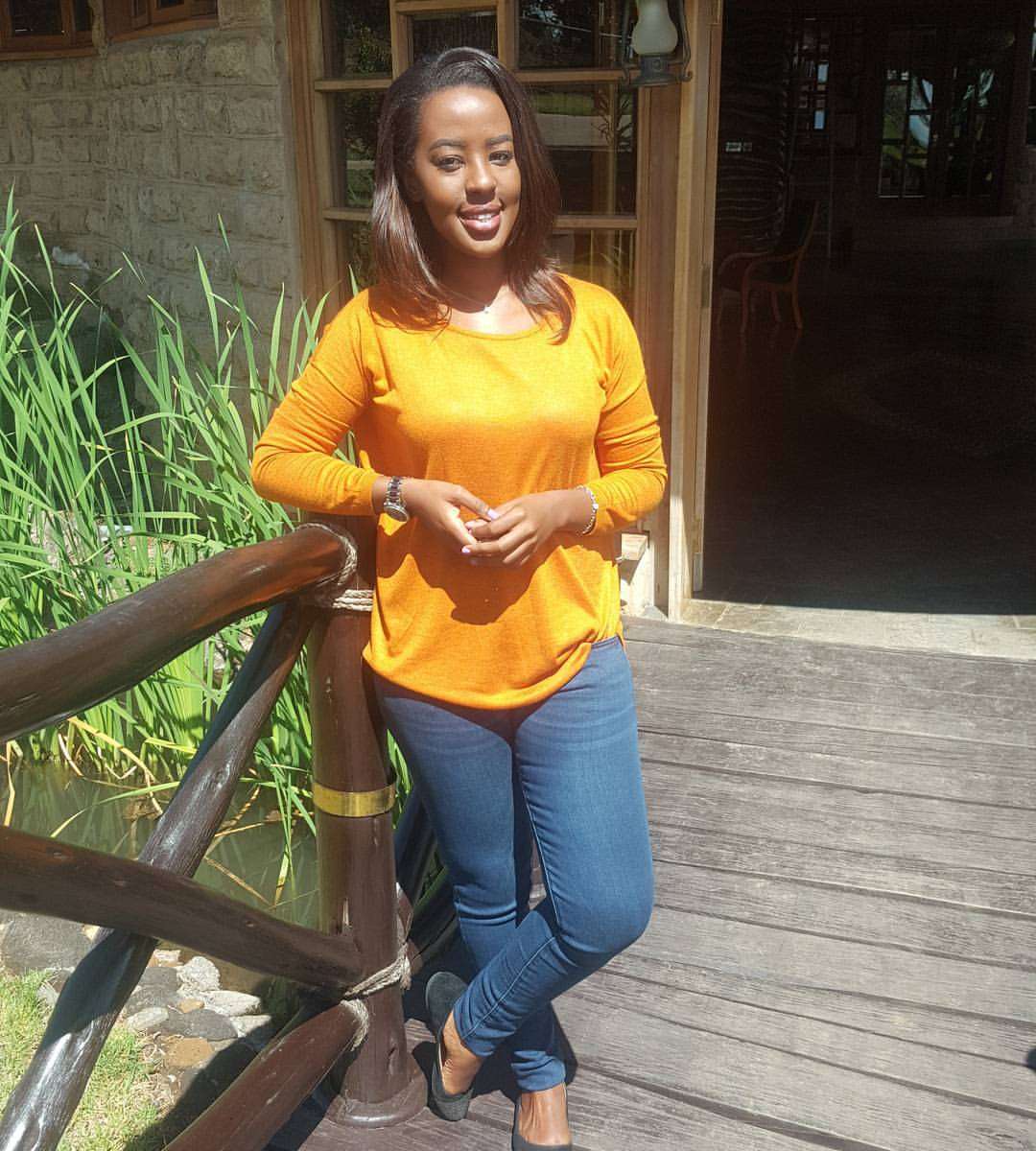 As all these were happening, his girlfriend, Lilian Nga' ng' a was busy advising her fans about the need of prioritizing their lives in all that they do

According to Lilian, life is a routine and something that one cannot wait to attend to the next day, when the new day dawns. This is not unique to Lilian anymore. 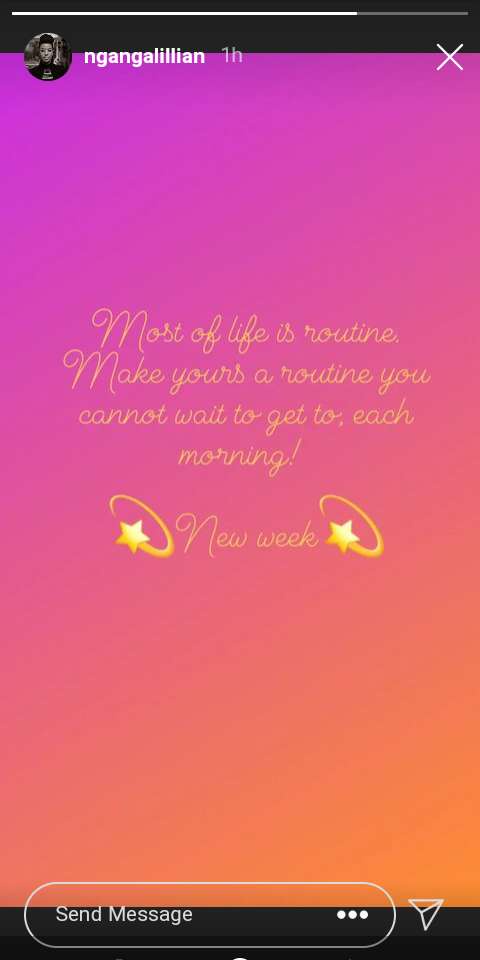 It is remembered that she boldly walked out of her marriage that had lasted almost ten years in search of love and happiness somewhere else.

She event stated that she is not regretting her move, a statement that is supported by her social media posts, accompanying Juliani to events and attacking those against her relationship.