The Kenyan gospel musician has been forced to apologize after he claimed that his brother Daddy Owen had attacked him with a machete after his candidate lost in an election. Speaking during an interview on NTV, Mr. Rufftone had said that some people become emotional when their side loses to the extent of deciding to harm others. In the impugned interview, the musician categorically named his brother as the one who turned against him. 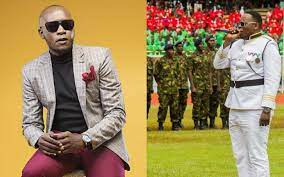 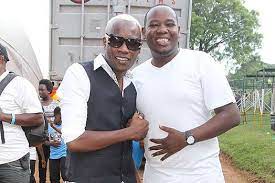 In what appears as a change of heart and in an attempt to save face, Mr. Rufftone did another interview with Citizen television to denounce his earlier stand. He apologized to Kenyans for using a wrong example and reiterated that he was generally misunderstood. He also tagged his brother Daddy Owen in the interview. Mr. Owen defended his brother claiming they have never been in disagreement of whichever kind. He also revealed that he supports his brother in his political endeavors.

"I wish my brother all the best and I have always supported him in his politics but I will not be seen supporting him publicly in rallies." He said.

We understand that Mr. Rufftone has declared his interest in the Nairobi Senatorial seat under the UDA party. On his part, Daddy Owen said that he is not interested in politics at all.

"I do not take sides in politics and even if I am given a show in a political rally, I cannot take it." Said Mr. Owen.

Raila To Name His Running Mate Anytime From Now

The 3 Fears You Should Know About Kalonzo's Run for Presidency

Karua, Peter Munya and Raphael Tuju Arrive In Style at Today's Venue of The Big Reveal by Raila