By Nitakufinyanews (self media writer) | 1 year ago

Cyrus Koech a popular gospel musician has shocked many by his latest hit. The latest song has made round on social media because of the abusive language the musician has used. Despite being a Gopel musician he choose to produce a song heaping terrible insults on his critics.

The Song is recorded in a secular Studio poupulary known as ' DJ Wesoo'. Which is known to produce kalenjin secular music. His fans claim that Cyrus has blackslide and he could be preparing to launch secular songs. But just a brief history of how Cyrus reached at this point of being seen as a backslided musician. Cyrus was a Staunch member of Church of God. Before he disagreed with church elders . The church elders were much concern on how he was carrying out his music venture. He seemed to have broken all the guidelines put in place by the church on how their songs should be sang. Cyrus became rebellious and broke out from church of God. Together with other rebels they formed another church called Jerusalem Church of God. This is where Cyrus got married to a beautiful wife. 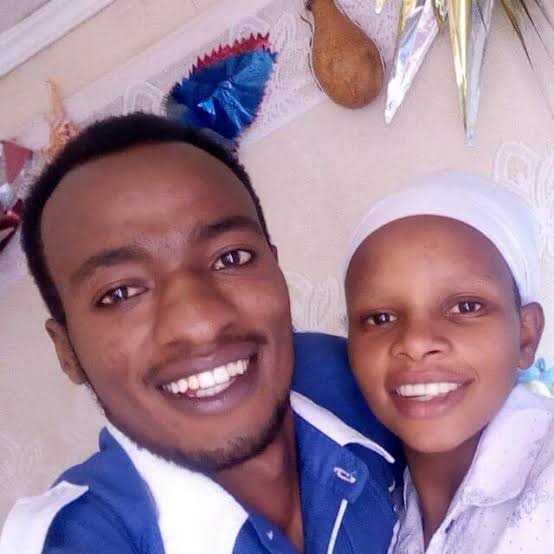 Cyrus Koech on his latest song released few weeks ago, has gone head on with his critics who are using Facebook to blackmail him. Cyrus has called upon his 'enemies' to get born again and change their ways. He termed them as an old version App full of Viruses that needs to be Updated to a New Version free of viruses. He further continued to insult those who are claiming that he has joined Illuminati to come out and state if their fathers are managers in the Illuminati Sector or their Mothers have been married to Illuminati People. He abuses them by calling them 'Black Caterpillars' and ' Bats'.

Cyrus Continues to heap bitter abuses to his critics by calling upon them to respect their age. He claims that he himself is not holy and he heads no church. He called upon them to continue writing on social media about him until they are tired.

In his six minutes song the insults in it is too much, we choose not to mention all the insults the artist mention since it seemed a personal grudge with somebody we are yet to identify. He concluded by asking for forgiveness from his enemies and he urged them to be be truly born again.

Content created and supplied by: Nitakufinyanews (via Opera News )