Who Is Gidi? : Radio Jambo Presenter.

By Betounic (self media writer) | 1 year ago 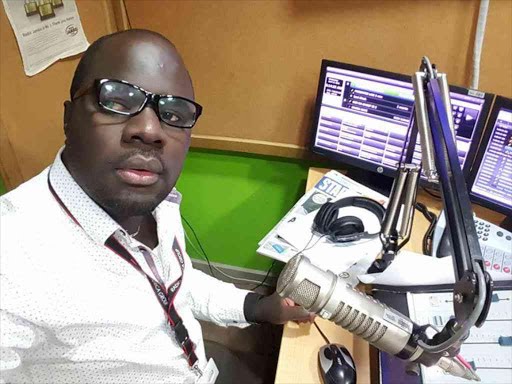 If you are a fun of listening to radio Jambo then you must have heard of a radio presenter by the name Vidi who usually performs his show Monday to Friday from 6:30 to 10:00 in the morning.

He is mostly known in "patanisho" show where many Kenyans presents their relationship issues. The singles get wives and husband, the ones with problem get solutions to their problems.

Apart from being a radio presenter, how well do we know Vidi? Check out.

Well, His real name is Joseph Ogidi Oyoo. He is a man who grew up in the slums and had to work hard to meet ends meat. He has work hard and became the man he is today.

He has managed to remain relevant in the ever changing media industry and establish a huge following. He is currently 42yeats of age.

Gidi attended Aquinas High school. He then proceeded to Jomo Kenyatta University of Agriculture and Technology (JKUAT) for a Bachelor’s Degree in Information and Technology (IT).

He went to the Strathmore School of Business for a Master’s in Business Administration. 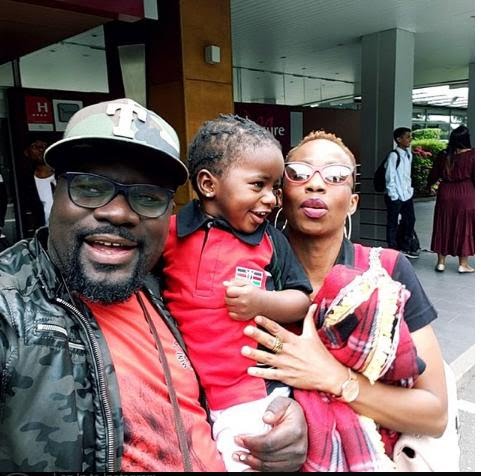 The Radio Jambo presenter is married to Ziva Elijah who works in France and lives with their daughter Mari-rose Hera Ogidi who was born in 2016. They visit each other from time to time.

Ogidi started out as a musician. One day, while performing at the now defunct Florida 2000 Club, together with rapper called Maji Maji attracted the attention of producer Ted Josiah.

Ted Josiah was very impressed with the two and asked them to team up. That’s how GigiGidi MajiMaji came into existence. Their debut single Ting Badi Malo was well received by Kenyans to the surprise of the then eighteen-year-old students.

The duo continued releasing hit songs but “unbwogable” brought them so much attention. The song means fearless, someone not afraid to go out there since nothing can stop them. In 2002, it became a political song used by those who were against KANU. People wanted change and a new government and this song was used to show their disgruntlement with the then government. The song brought so many opportunities and Gidi, an IT student at JKUAT at the time, had to put a pause on his academics for a while.

The Gidi Gidi and Maji Maji combination became big, attracting the attention of Gallo Record, an international music stable with a branch in South Africa. The deal was one of a kind that they broke their contract with Ted Josiah.

However, they had to change their rhythm and style to match international standards. By the time they released their album 2003, their image had changed. No longer was their hip hop style of music the same. They even performed in Big Brother Africa season 1. 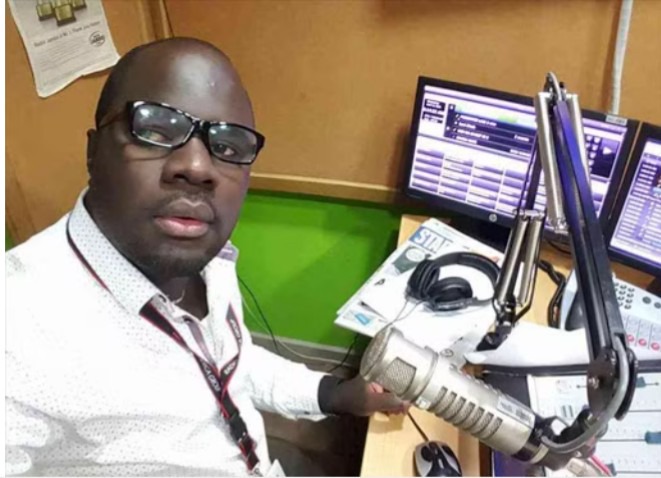 In life, change is one thing we cannot avoid, eventually it catches up with everyone and for the duo it was time to make changes. In 2005, they split up which was a blow to the heart for many of their fans.

In 2006, the Patanisho show host joined the United Nations Environment program (UNEP) in the IT department. Two years later, he met Carol Radull who was Kiss FM’s head of news at the time and also a presenter for a football show. Carol noticed that he could make a good commentator. Although hesitant at first, he took the chance and has been in the radio scene since then.

In 2015, he started his own record label called Trendy Media Communication Limited. In an interview published by Parents Africa, he says the label is to help other up coming artists produce music in a conducive environment.