By Lukasoperanews (self meida writer) | 1 months

A lady who identified herself as Chika Blairssen took to Twitter to narrate how she was accused of Witchcraft because she had big eyeballs.

According to Chika Blairssen, she was about 10 years old when her father took her for deliverance. During the deliverance, the pastor told her dad that she was a witch and she was the reason her father's business is not progressing.

Chika Blairssen narrated that right there at the 'deliverance ground', her father started telling her to release his business with so much disgust in his eyes. According to Chika Blairssen, the pastor accused her of witcraft just because she has big eyeballs. 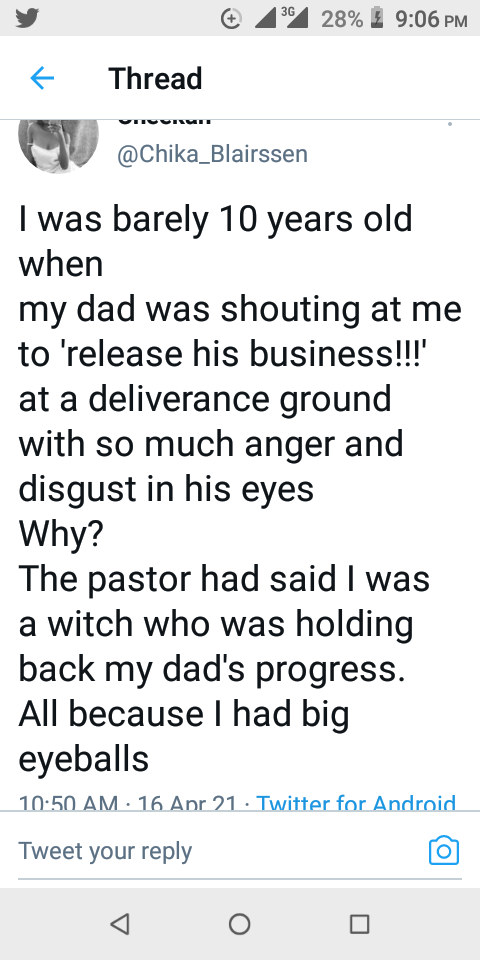 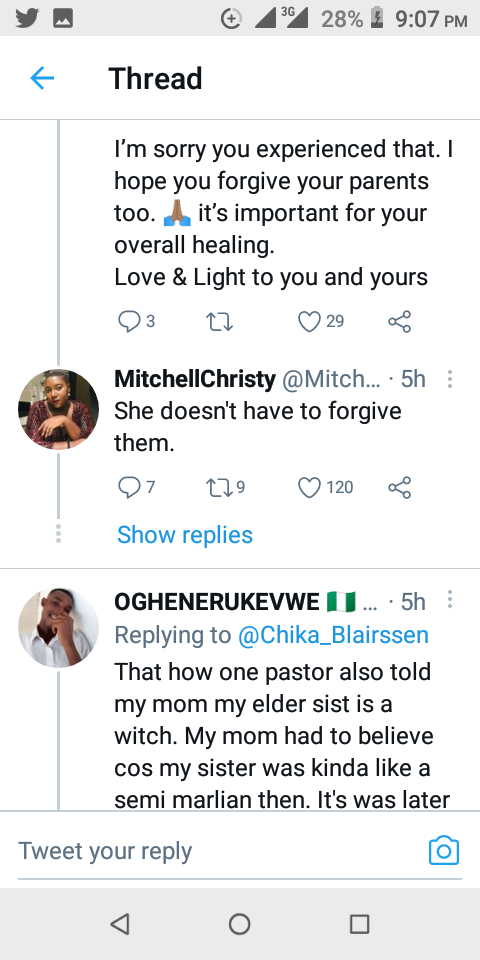 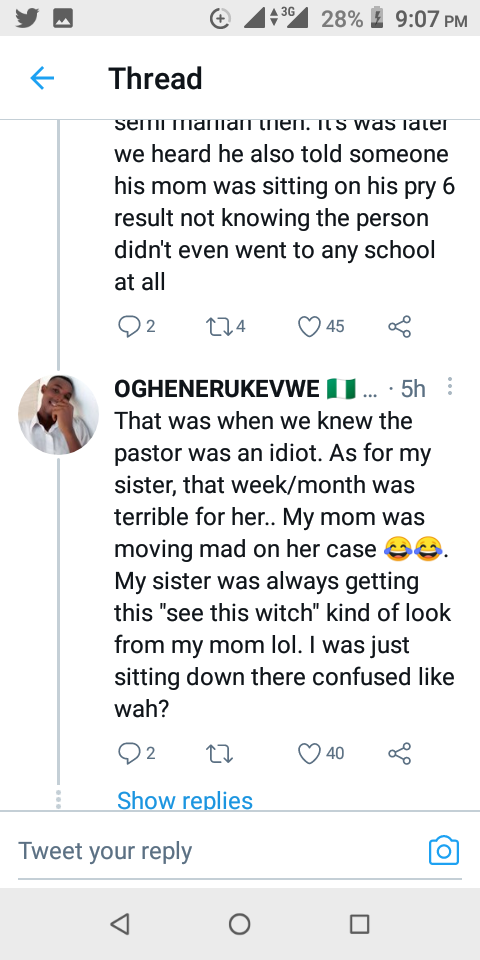 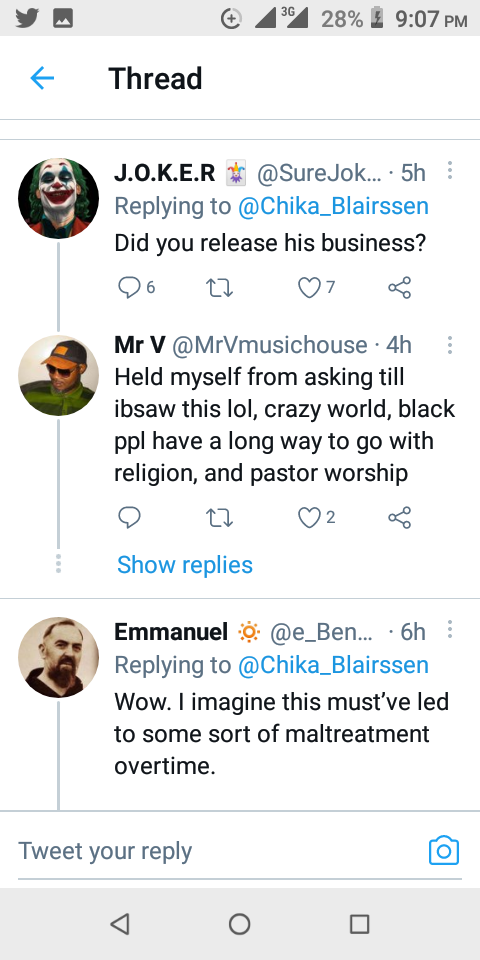 The Political Newspaper Headlines That You May Have Missed Today