By Yourstory (self media writer) | 5 months ago

Paula Kajala is a Tanzanian young and rising public star and celebrity. She is a daughter of a famous bongo actress known as Fridah Kajala. The two rose to fane after a cheating, scandalous fiasco with Tanzanian musician, Harmonize. Paula is an Instagram commercial model and a brand ambassador of hair styles.

Ray Vanny is dating the 19 year old girl, Paula Kajala. The two have been ruling the limelight after they became Instagram official as previously the relationship was kept a secret. Ray Vanny has a boy child with his ex girlfriend Fahyma. In recent times, the singer went to hang out with his child as they are currently co parenting with his ex girlfriend. 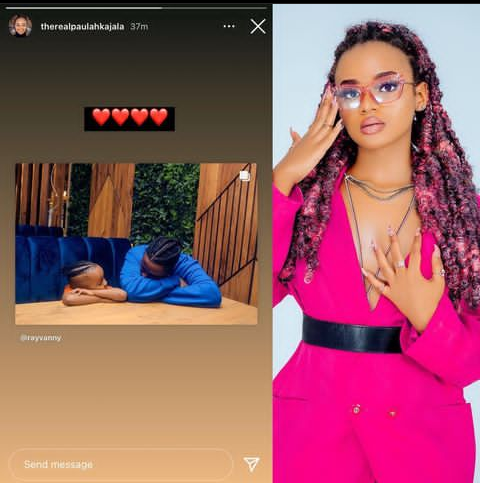 In a photo posted on by Ray Vanny on Instagram, Paula Kajala reposted the post on her Instagram stories of his boyfriend hanging out with his son. This meant that Ray Vanny went to see his ex girlfriend Fahyma to know how they were fairing on. Fans have since come forward and criticized Paula after doing that clamming that she is trying to be seen as a supportive and good hearted lady. Others criticized her that she was simply pretending while the rest questioned her if she could handle being a step mother. 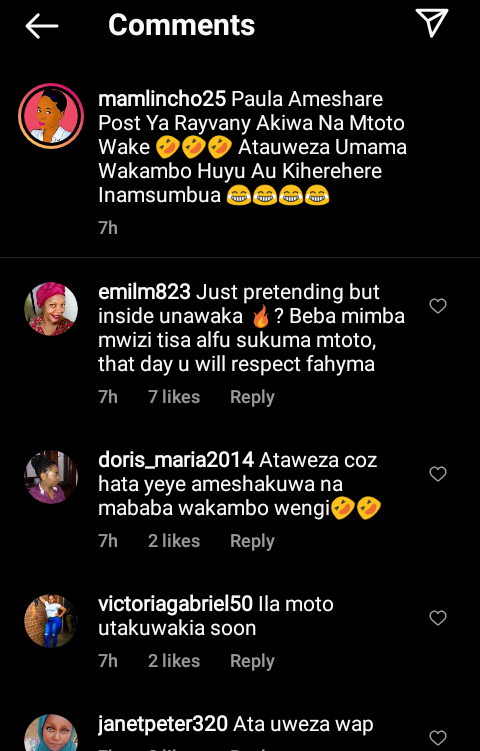 Diana Marua Shows Off Her Nanny's Cooking Skills On Instagram