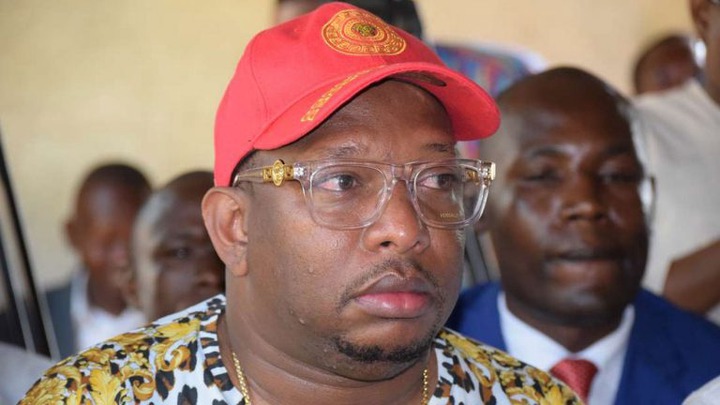 As befits Mike Sonko has been quick to respond to claims that he is a dead father.

In a lengthy statement about his social contacts, Sonko stopped accepting or denying that he was the child's father. But he offers to take care of him.

"Where is the problem?" he posed.

"Just as Jesus said, 'Let children come to me,' I kindly ask the lady who claims to have my child to bring the child to me."

He added: "I will give the child the best that life has to offer. My family is growing every day, I feel fortunate and blessed to be able to adopt orphans, street families and neglected children into my home.”

Sonko, who wants to become Governor of Mombasa, has also apparently accused said child's mother of trying to extort money from him.

He also accused the woman of not caring about the other children he fathered.

"That part, extorting money from me so you can go and be happy, I'm not going to agree to that. I will not give you a single shilling."

"Even if the child isn't mine, I'm willing to take care of it. I also appeal to other women who are struggling to raise their children to bring them to me. I'll take care of her."

The flamboyant politician was dragged into court by a woman accused of not looking after her 15-year-old child.

The woman has also petitioned to force the former Nairobi governor, known for his philanthropic exploits and deep pockets, to pay around Sh500,000 a month.

However, Sonko has neither accepted nor denied that the child is in fact his statement that the lady should bring the child to him for maintenance.

Sonko, who is seeking the Mombasa governorship in the August 2022 election, is known for helping those in need in society.

He once adopted two children who were victims of a terrorist attack on the coast, one of whom had a bullet in the head at the time.

He again offered to hire a man convicted of shoplifting.

He also has the Sonko Rescue Team, a company that provides various services to residents for free, including water, morgue services, food, and other supplies.

However, the politician has always been at the center of controversy.

Known for his foul language, he was ousted as governor of Nairobi in 2019. He is also facing a number of corruption charges in court.

This has led to lobby groups asking that he be barred from running for Mombasa County seat.

World's Leading Adviser To Democratic Presidents And The First Black Secretary Of The U.S Army Dead

13 killed in a fuel tanker Explode

3 Ways To Simplify Your Life