By DrFood&Health (self media writer) | 7 months ago

Police officers from Embakasi are currently investigating an incident that happened yesterday where a police officer was allegedly hurt after a fight broke out between two women who were fighting for him. 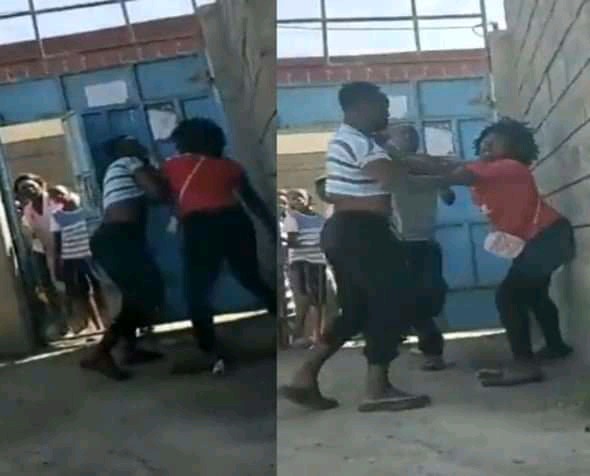 According to the reports given by a reliable source of information, it has been revealed that the officer had gone to the club with his girlfriend before one of the women allegedly fell for him.

This was followed by a dramatic scene after the woman who fell in love with him allegedly Caused chaos after noticing that he was with another woman who she didn't know was his girlfriend.

In a news report that has been shared by a reliable source of information, it has been revealed that the suspect Nekesa allegedly attacked the cops girlfriend and in the process, he allegedly ended up injuring the police officer along with his girlfriend who were rushed to the hospital.

While reacting to this incident, kenyans who took to their different social media accounts to express their opinions and suggestions on the matter have called upon the inspector General of police, Hillary Mutyambai to conduct an investigation in order to find out who was on the wrong side of the law.

According to the reports given by most Kenyans, they claimed that it was so unfortunate that the government is yet to do something about this kind of cases despite the fact that Alot of people often end up killing each other because of the same reasons. 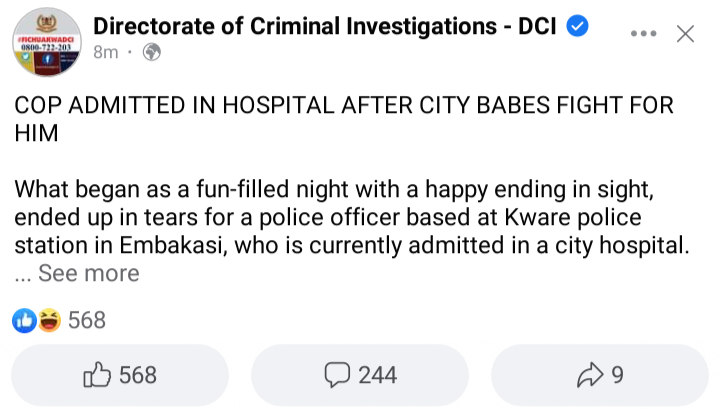