By OnyiegoEdwinMokaya (self meida writer) | 26 days 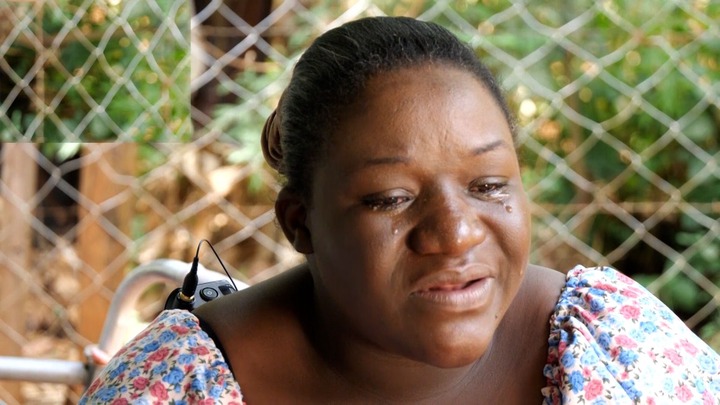 A Gusii based gospel artist Molly Kemunto has opened up on her past after she was involved in an accident in Nairobi.

Speaking with the writer, Molly recalls how the accident happened, little did she know that it would later make her suffer.

She did not go to hospital immediately since she thought it was a mere accident and not a big deal. However, one day she woke up but would not move. This was the time she realized that it was fatal.

She was therefore taken to hospital and later the doctors realized that she had a spinal injury. Some doctors said that it would be prudent if she was taken home to await her death.

She was transferred to Molo where she spent three years in hospital bed. Her Parents abandoned her perhaps due to the fear of the huge hospital bills.

While in hospital, she used to sing alot due to the pain she was going through. She used to record her songs on phone.

When she was discharged, some of the nurses gave her some money to go to the studio and start recording songs. The hospital management waived the bills and discharged her.

According to her story, she would go to crusades and sing while selling her songs. However, she would wear diapers since it would be difficult for her to go to the toilet as she was on her wheelchair always.

After a while, her songs were well received and many people loved them so much. All went well till the covid 19 error when the sale her songs went down.

Above all, Molly Kemunto is strong and believes that she will heal no matter how long it might take. She equally advises men who marry the disabled not to take advantage of them.