Why Kanye West Is Officially Changing His Name 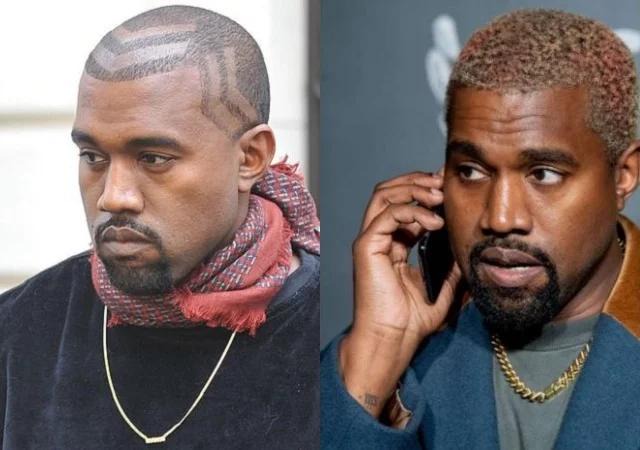 Kanye West is soon starting a new chapter of his life after he soughted a for the help of a justiciar to have his name changed before the Donda listening party kicks off officially. Throughout his career as a rap artist, he's been a renowned celeb by his current name. One would then fail to join the dots and create a full picture as to why he wants to change his name.

Ever since he ventured into the world of artistry, Kanye West has had several sobriquets and epithets for himself depending on how his fanatics perceive him. The sobriquets usually vary depending on the achievements he bags as time goes by. But for now he has settled to be referred to as "Ye."

Kanye West first hit headlines about him changing his name back in 2018 before he appeared on the Saturday Night Live Show. To support this he wrote on his Twitter handle, "The being formally known as Kanye West.... I am YE."

During those moments, he revealed in an interview that the epiteth had a spiritual importance attached to it. He said “I believe ‘ye’ is the most commonly used word in the Bible, and in the Bible, it means ‘you.’ So, I’m you, I’m us, it’s us. It went from Kanye, which means the only one, to just Ye — just being a reflection of our good, our bad, our confusion, everything. The album is more of a reflection of who we are.”

The Ye album was made known to the public eye before he shared the Yahndi album. Consequently, the project was set aside as Kanye West attested that Jesus Is King come October 2019.

If these move gave his fanatics déja vu, then I bet there's a better reason behind it. His die hard fanatics are still patient for him to release his last project which was supposed to be released on 23rd of July. It's called Donda.

Instead of releasing the album on leading media platforms, Kanye has opted to stream it to only specific listening groups in the USA. So far, he has only put two events one in Atlanta Georgia. He has also slated to hold a show in Chicago his hometown on 26th of August