By It'sOkay (self media writer) | 5 months ago 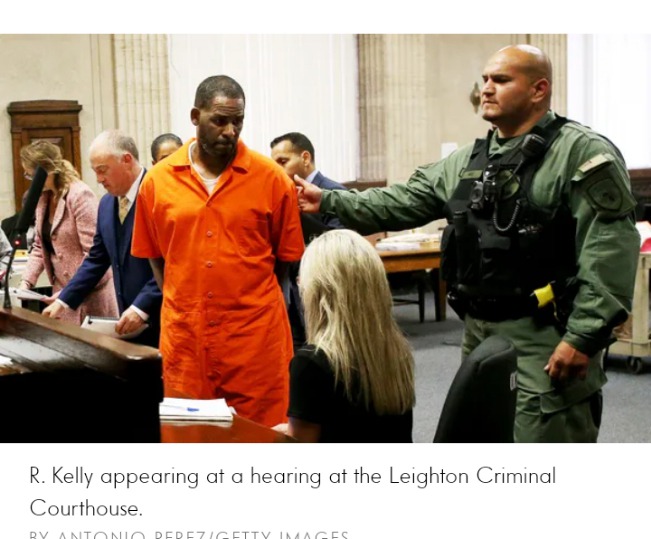 As a recording artist, Kelly was credited with helping to redefine R&B and hip hop, earning nicknames such as "the King of R&B","the King of Pop-Soul", and the "Pied Piper of R&B".He is known for his extensive discography of hits spanning three decades. He has sold over 75 million records worldwide, which made him the most successful male R&B artist of the 1990s and one of the world's best-selling music artists . He won three Grammy Awards for "I Believe I Can Fly".He has written, produced, and remixed songs, singles, and albums for several artists, including a Grammy Award nominated song Michael Jackson's "You Are Not Alone".

Throughout his career, Kelly has been repeatedly accused of sexual abuse with young adults and minors.He has faced multiple civil suits and has been indicted by criminal courts in Chicago, New York, Illinois, and Minnesota.He repeatedly denied the charges. In 1994, he illegally married his underage protégé Aaliyah. In 2002, he was indicted but eventually acquitted on 21 counts of making child pornography.

Though Kelly's acquittal appeared to end scrutiny of Kelly's personal life for a time, the accusations resurfaced in the following decade. In January 2019, a Lifetime television docuseries, Surviving R. Kelly, widened the scandal. Under pressure from the Mute R. Kelly movement, RCA Records terminated Kelly's contract with the label. In 2019, several jurisdictions built criminal cases against Kelly after following up on the accusations in the press. Grand juries brought indictments in both federal and state courts in Illinois, in the state court of Minnesota, and in federal court in New York.Following Kelly's arrest and arraignment in New York, he was arrested and remanded to Metropolitan Detention Center.

In 2021, the United States Attorney for the Eastern District of New York tried Kelly in Brooklyn, New York, and won the first criminal conviction against Kelly for a sex offense. On September 27, 2021, the jury found Kelly guilty on a total of nine criminal counts including violations of the Mann Act and racketeering.On June 29, 2022, Kelly was sentenced to 30 years in prison.Kelly continues to challenge his New York conviction.

As of June 2022, Kelly is scheduled to face another federal trial in the Northern District of Illinois alongside his former employees. The indictment in this case alleges Kelly both produced child sexual abuse material and conspired with employees to corruptly win his 2008 acquittal. The trial is scheduled to begin on August 15 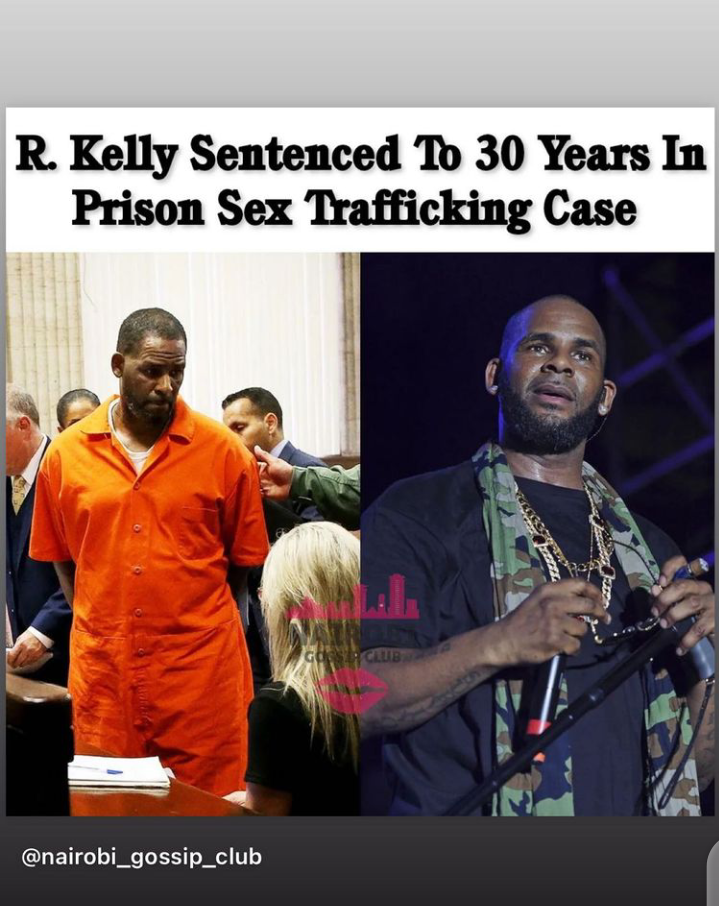 Robert Sylvester Kelly was born at Chicago Lying-in Hospital in the Hyde Park neighborhood on the South Side of Chicago, Illinois.

on January 8, 1967.He has three half-siblings,an older sister and brother, along with a younger brother.His mother, Joanne Kelly, was a schoolteacher and devout Baptist.She was born in Arkansas.

The identity of his father, who was absent from Kelly's life, is not known.

His family lived in the Ida B. Wells Homes public housing project in Chicago's Bronzeville neighborhood.Around the time he was five years old, Kelly's mother married his stepfather, Lucious, who reportedly worked for an airline.Kelly began singing in the church choir at age eight.

Kelly described having a girlfriend, Lulu, at age eight, in his autobiography. He stated that their last play date turned tragic when, after fighting with older children over a play area by a creek, she was pushed into the water, swept downstream by a fast-moving current, and drowned. Kelly called Lulu his first musical inspiration.

Kelly said members of his household would act differently when his mother and grandparents were not home.

From age 8 to 14, he was sexually abused by an older female family member.Kelly's younger brother Carey stated that he suffered from years of sexual abuse at the hands of his older sister, Theresa, who was entrusted with babysitting her siblings.Carey stated that although their older brother was spared and allowed to play outside, both he and Kelly were punished at separate times indoors by Theresa, who refused to acknowledge the abuse when confronted years later.

Explaining why he never told anyone, Kelly wrote in his 2012 autobiography Soulacoaster that he was "too afraid and too ashamed".Around age 10, Kelly was also sexually abused by an older male who was a friend of the family.In his autobiography, Kelly described being shot in the shoulder, at age 11, by boys who were attempting to steal his bike,although a family friend later stated that Kelly had shot himself while attempting suicide.

In September 1980, Kelly entered Kenwood Academy in Chicago's Hyde Paneighborhood, where he met music teacher Lena McLin, who encouraged Kelly to perform the Stevie Wonder classic "Ribbon in the Sky" in the high school talent show. A shy Kelly put on sunglasses, was escorted onto the stage, sang the song and won first prize. McLin encouraged Kelly to leave the high school basketball team and concentrate on music. She said he was furious at first, but after his performance in the talent show, he changed his mind.Kelly was diagnosed with dyslexia,which left him unable to read or write. Kelly dropped out of high school after attending Kenwood Academy for one year.He began performing in the subway under the Chicago "L" tracks.He regularly busked at the "L" stop on the Red Line's Jackson station in the Loop.

In his youth, Kelly played basketball with Illinois state champion basketball player Ben Wilson and later sang "It's So Hard to Say Goodbye to Yesterday" at Wilson's funeral.

Content created and supplied by: It'sOkay (via Opera News )