By Writterbay (self meida writer) | 1 months

Changing from one job to another is not an easy task but you can do so as you try to look for green pasture. I know many people have found themselves in this situation. Sometimes it may be difficult to do so but various things might force you to move from one job to another. For instance, poor payment, overworking, and sometimes distance from the workplace.

The above situation is what happened to our brother, who is a Comedian by the name Alex Mathenge who quitted his job now is approximately 10 Years. According to him, he was to move from working as a radio presenter to put more effort into the creation of his YouTube channel. 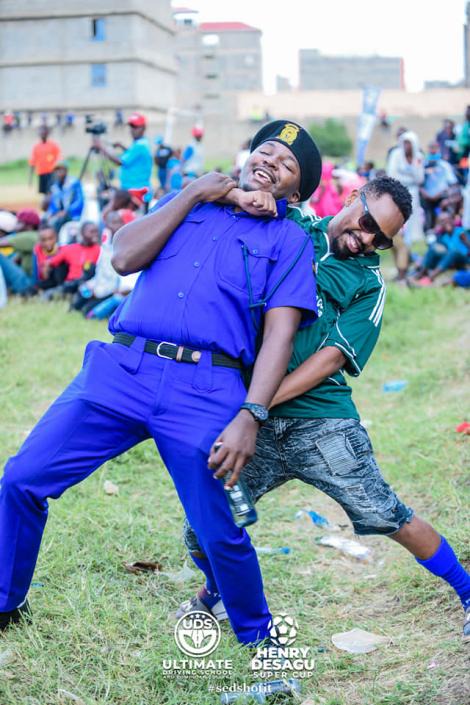 According to him during an interview with Kenyans. co. ke, Mathenge narrated that it was hard to move from his radio job in Radio Maisha. 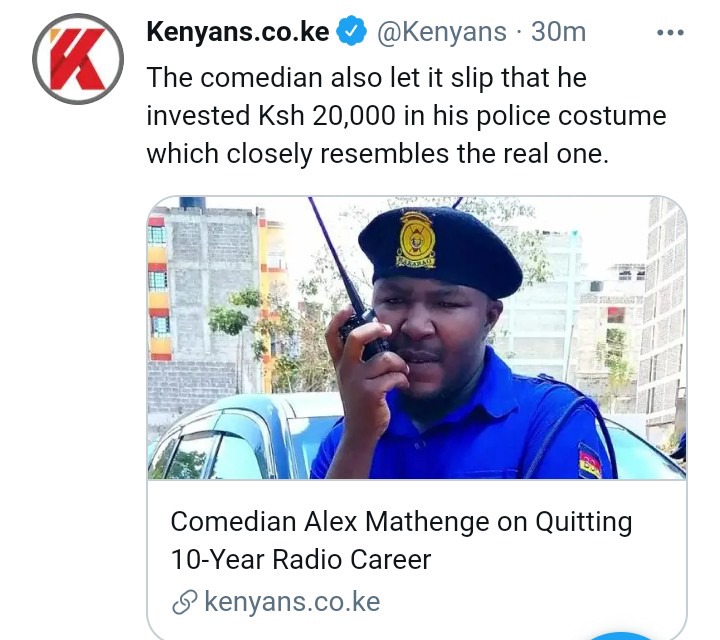 Have they say changes as consequence, Mathenge now owns a youtube channel with more than 200K subscribers. This current work is not only giving him daily bread but also make him give a relatively better life.

Alex quoted saying this, " If I can quit my 10- Year employment journey to do comedy that shows that it has a future and it pays."

In addition , Mathenge says that he had to invest Ksh 20,000 to get 'police consume' on which one can not differentiate from real police consume.

Content created and supplied by: Writterbay (via Opera News )