By BeyondTrends (self media writer) | 3 days ago

Edgar took to his BNN Kenya platform to question whether Eve Mungai helps to sanitize celebrities after they mess up as she is friends with them, and thus has easy access to them. A few suggestive questions about Eve`s journalism were posted on BNN`s Instagram page.

On the post, Edgar reveals that it was one of his fans, who was questioning Eve`s style of reporting. The fan took it upon them self to give a brief history of what they deemed to be Eve`s history of poor journalism and wondered why people still grant her interviews even though they know she sensationalizes stories. 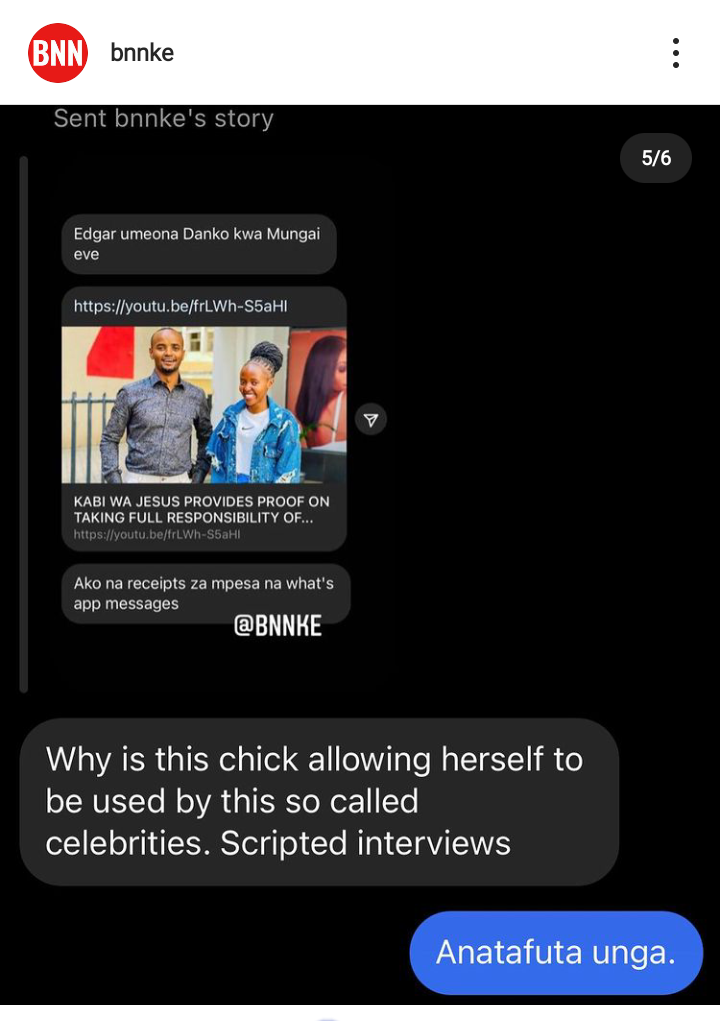 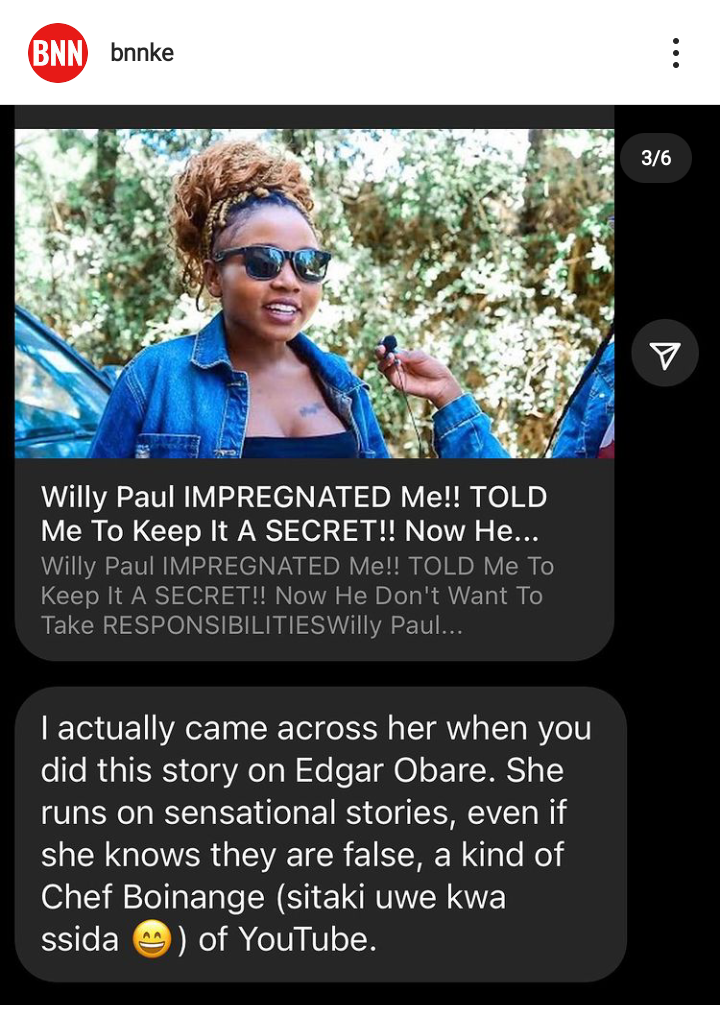 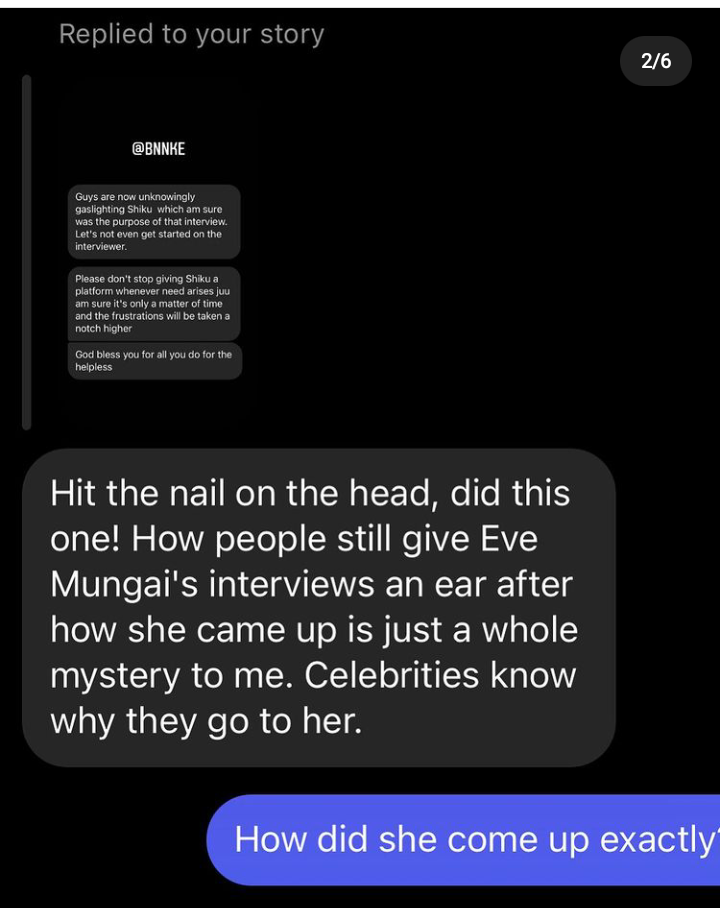 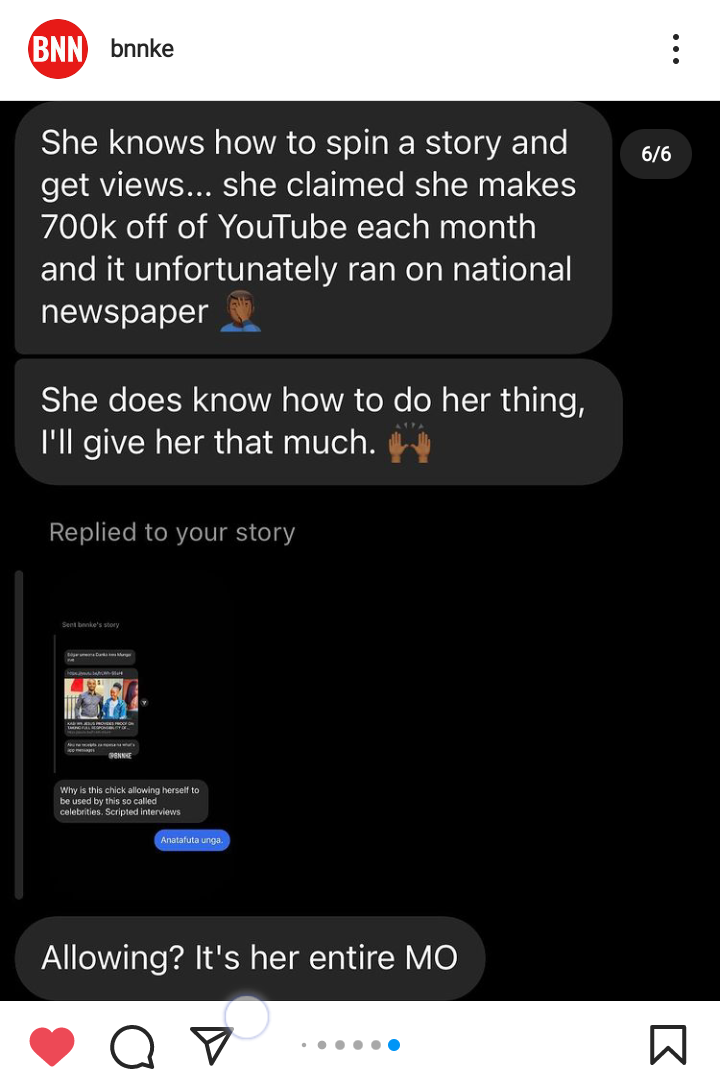 Further pointed out that the popular YouTuber is only used by celebrities, and saw a recent interview with KabiWaJesus as an example of how she's a pong of games played by celebrities.

Edgar said in his favor that Eve was only working to reach the root of what was happening, as journalists should do, as he said. But fans didn't have it because Eve's interview was written in a script and claimed she was an expert shooting news to get attention. 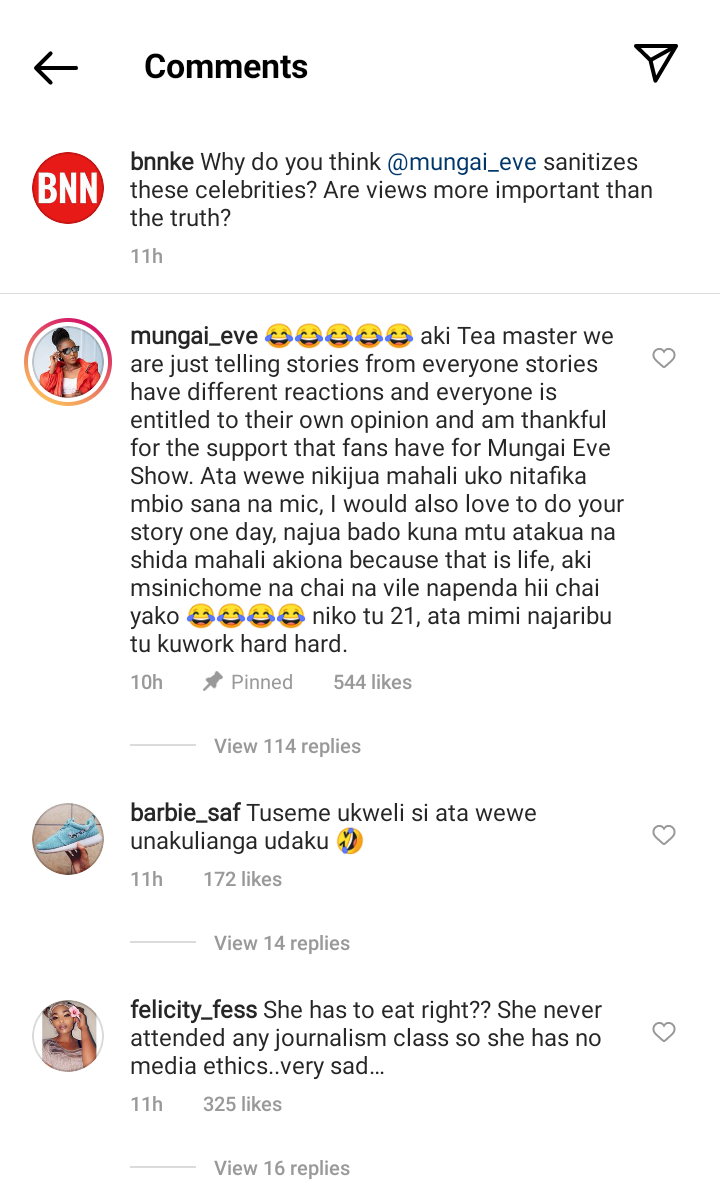 Seeing this, Eva went to the comments section to protect herself. Nova pointed out that despite talking to others, there is a risk that his work will be perceived as prejudiced. She states that every story has a different reaction and that everyone has the right to their opinion.

Of course, celebrity stories are more trendy than ordinary Muwananchi stories that tell their side of the same story, giving more reach on the internet. So Eve realized that she had no problem telling all aspects of the story, but that the problem was accessing them all. Taking Edgar as an example, if she knew where he was hiding, she rushed there to interview him, and she was convinced that no one wanted an interview. She said she was. Do you think Eve is correct? Is online journalism different from mainstream journalism? Is your opinion formed according to your influence?

Four ways to win the heart of the woman you love.

Kamiti Escapee Dares To Escape Again If Given Chance