“My Husband Left me and Married my Sister” Woman Narrates

Lilian Migwi, a 30-year-old woman, never imagined that one day her blood sister, who had been raised with her as a child, would betray her. 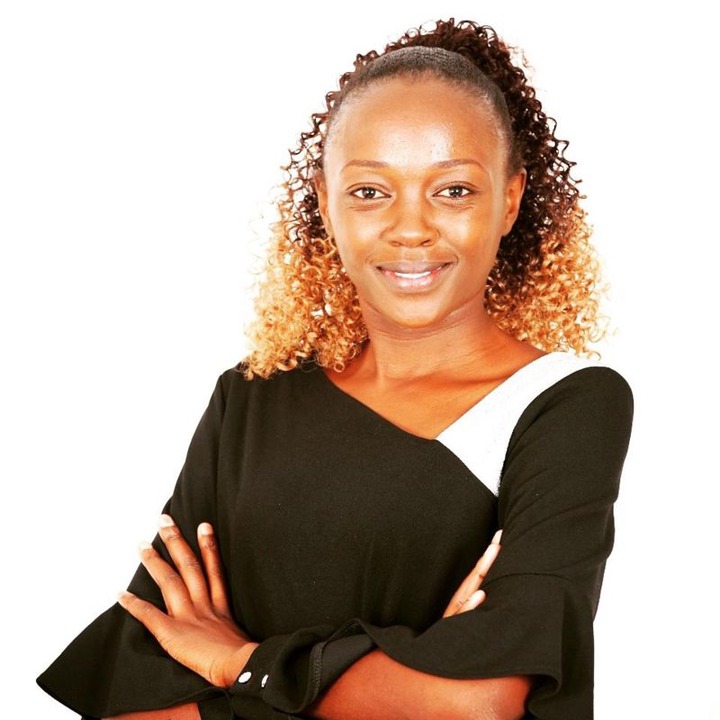 Speaking in an Interview with Anne Ngugi, BBC reporter, Lilian says she never imagine her younger sister would be the source of the breakdown of her marriage and eventually turned into her husband's wife and father of their two children.

Mrs. Lilian for a long time after her marriage broke down asked herself many questions, not finding the answer to why, her sister who admits she loved and cared for her with all her heart would turn on her and take away her love. 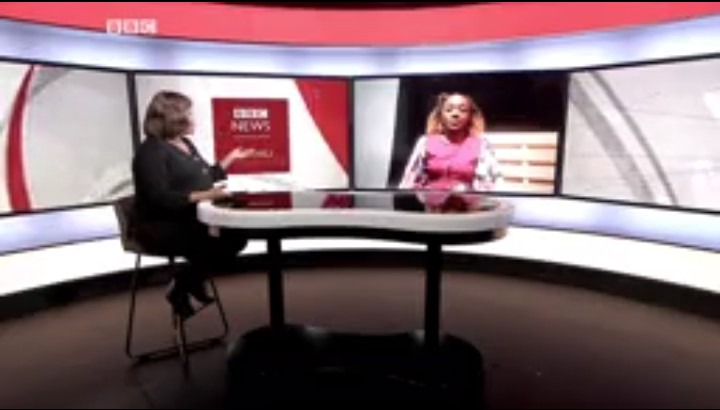 Lilian in an interview with Anne Ngugi

“I am the first child and the one who betrayed me is the sister who followed me, we were raised with a lot of love by our parents, I also loved my sister and I also believe that at that time she loved me very much, but the act she did left me helpless” Says Lilian.

Lilian says she never thought there would be a day when her sister would lust after her husband — she blames herself for being too kind to her sister to make her ignore and humiliate her.

How did Lilian meet her husband? 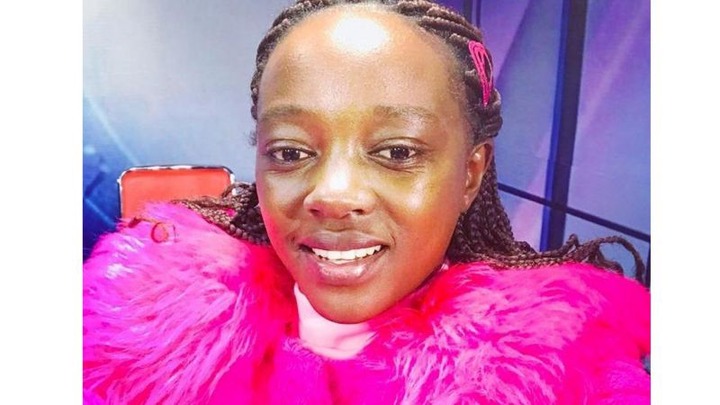 Ms. Lilian says that when she met her husband, they were both working in the same institution. As usual the new lovers fell in love and their courtship lasted for seven years.

The couple decided not to have an affair until they were officially married. “I was very impressed with my fiancé's attitude, especially since he was Godly,” says Lilian.

“I think I used to love my ex-husband so much, until I was more committed to humanity, you know I used to hear people say that if you love someone doesn't give him your whole heart, but I feel like I gave it all to him,” Lilian recalls.

Her siblings were close to her husband. According to the young woman, she was the one who ensured that her brothers and sisters had the freedom to express themselves and be close to her husband, as she believed at the time that it was about building a better society, not knowing that it was to keep her sisters together and to get used to each other from time to time, and they would produce grief and the scar she has so far.

Mrs. Lilian says that her husband was very much loved by her family members from her parents, as well as her brothers and sisters.

'' I remember my husband being a very quick man especially due to his character and professionalism in making sure people felt free to be with him. This really impressed my family, '' she recalls.

“I have no regrets about uniting my ex-husband with my brothers, but I am very sorry, and I feel very wrong for bringing my sisters and my husband so close, because as a result of that closeness, friendship and love began to grow behind me without my knowledge” adds Lilian.

Lilian says that her two sisters were living together, when she had already started a marriage life with her fiancé. 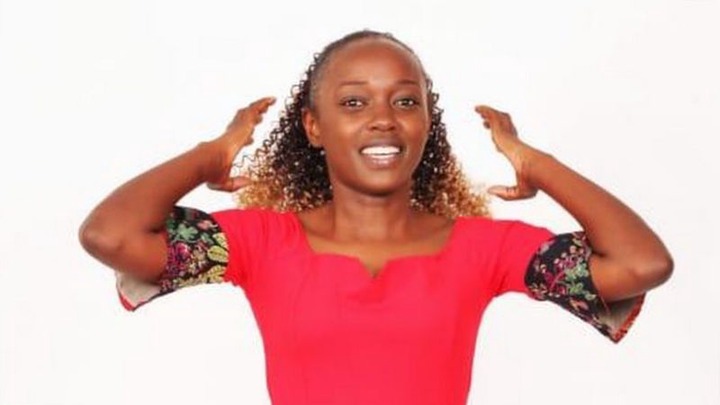 One of her sisters was a university student in Kenya, and she grew up living with their other sister. As usual Lilian as the elder sister was visiting them all the time to make sure they were not missing anything as they were her little ones whom she loved very much. Her two sisters had rented a small house near the university.

“We were always visiting them and making sure everything was fine, for example we would buy them various products to meet their daily needs and this activity I did with my husband, we were always visiting them, something that to this day I do not understand how my sister found my husband's phone number, as I found out there was a communication going on behind my back, “says Lilian.

Lillian is suspicious that when she gets pregnant for the second time, and the romantic relationship between her sister and her husband began. She says that her husband grew up forbidding her to use social media for example WhatsApp, Facebook and others, so she did not know much about networking activities.

“Since I didn't want to ruin my marital relationship, I accepted the side and deleted all the 'social media' apps in my phone, I had a good phone that would have given me a good time in social media, but I respected my husband's decision” Says Lilian.

There was a time when her husband gave her his cell phone, she immediately decided to search it, and then she received several messages indicating that she was sending money directly to her sister's number, but Lilian had no information that this was happening. 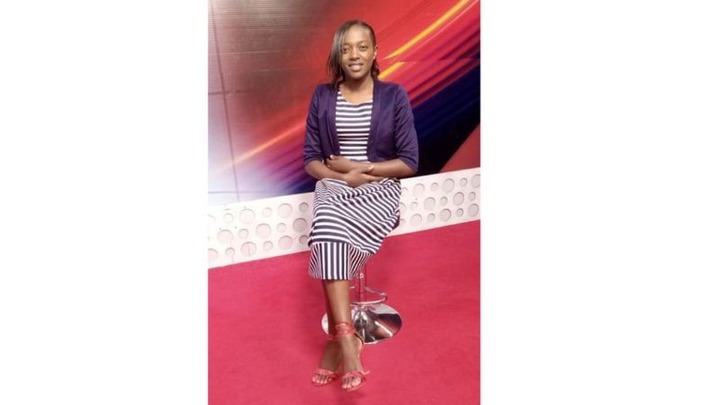 '' I called my husband and asked him plainly why he was sending money directly to my sister, without even asking me or explaining. “I asked him that question because I felt that to do so would be to maintain respect for her and my sisters, '' she says.

Her husband's response was that her sister had called him and told him that she had an emergency and needed money, so he had no problem sending her the money. It was something they talked about with her husband, and he apologized. But this mistake of sending money to his sister was repeated all the time.

“When I was pregnant with my second child, about six months later my husband's issue of sending money to my sister's phone was so extreme that at one point I decided to call my parents to intervene and resolve it, but my efforts were futile, nothing changed” says Lilian.

Lilian says she told their mother that she should warn her sister to stop receiving money from her husband, instead if she needed anything she would let her know, and she would take care of it. It was something her mother did and instead of warning her one sister, she gave advice to both sisters.

After the incident it was as if the habit had ended, and she stopped communicating with him, with her husband appearing to be a good husband again.

Finding her sister and her husband 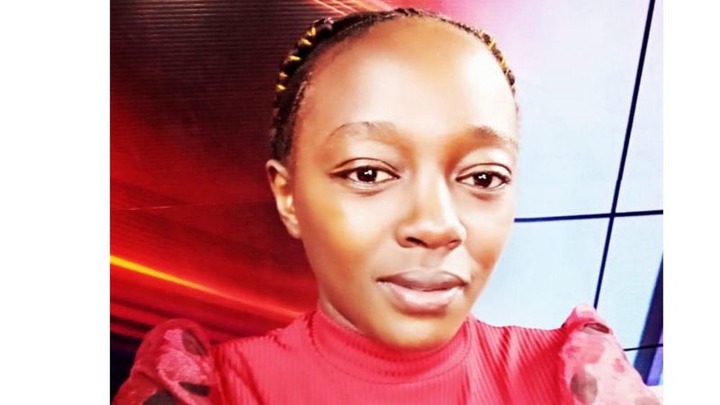 As she was about to give birth, she decided to return to the village to greet her parents. The cell phone she was using did not have social media as her husband had already ordered her to delete it. Lilian had no information regarding social media communication.

While at home her brother picked up his cell phone, in the process of retrieving networks, Lilian discovered a picture on WhatsApp that was on her sister's number — it was a picture of her husband and her sister with a text message written on it.

“The text was very romantic, I looked at the text in amazement, I was pregnant and about to give birth, for a few seconds I was silent and kept my mouth open ... I could not believe that the text came from the mouth of my husband I knew.” Recalls Lilian.

After taking a deep breath, she called her mother, who was not in the village at the time, and told her about the online photos of her sister and her husband. Since the mother was in town she traveled to the home of Lilian's sister to understand more about the pictures.

"When my mother asked my sister about her relationship with my husband, my sister replied that she would never leave my husband, which hurt my mother so much that my mother began to slap my sister in anger and tears," says Lilian.

It is a story that left Lilian's family with a big rift, on the husband's side also the in-laws were very surprised about that unusual relationship. The next few days were full of tantrums and Lilian's husband did not seem to be shocked by what was happening and neither did her sister.

A large meeting was arranged between Lilian's parents and the husband's parents. They all traveled but her husband and sister did not attend the meeting. From then on Lilian says that her husband left home and they started living with her sister ... their relationship was no longer a secret.

By the time Lilian went into labour, her husband had already begun living with her sister as his second wife. She had abandoned her and lilian gave birth to a son without the presence of her husband.

It is a period she says she will never forget as her husband's departure signaled that she was starting a new life.

Lilian was unemployed as her husband had forbidden her to do any work except to be a housewife.

But now her husband was away, and she had to start a new life of doing casual jobs such as washing clothes and other household chores.

"Knowing that my husband and sister started living together, I was very sad for a year ... unexplained grief gripped my heart, many unanswered questions came to me, as I struggled to raise my young children on my own." Lilian remembers. 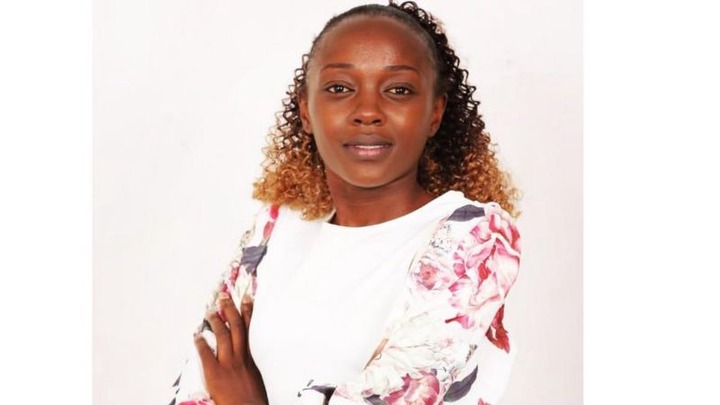 Shortly after Lilian found herself without a husband and her relationship with her sister broke down, Lilian's husband and sister were blessed with one child and still live together. It is now four years since the incident.

For Lilian, it has been a long journey to forgive and give the pain of self-consciousness and also to plan her life and that of her two children.

"Thinking that my sister, whom we share same blood took my husband, I considered myself a very stupid mother ... because I was the one who opened the door to be free with my husband and in doing so I felt I was building a strong and loving family, while I was digging the grave of my marriage” says Lilian.

Lilian has appeared on mainstream media in Kenya and on social media, talking about the issue openly. She provides counseling for women and girls who have found themselves trapped in romantic relationships and have no direction.

Lilian says she has forgiven her ex-husband and her sister.

But she says they haven't talked in a while and she doesn't expect them to talk again in their lives.

"I Don't Think That President Uhuru Kenyatta Will Forget Us", DP Ruto Says

"You Are Sofia I Am William" This Is How I Want To Do Things, Ruto's Hilarious Reply To Sofia

Ruto: You Cannot Discuss Jubilee Without Me