Congratulations To Cartoon Comedian After Finally Reuniting With Her Best Friend

By MfalmeNews (self media writer) | 12 days ago

Cartoon comedian and Diana Daisy had earlier expressed signs of having differences after they stopped following each other on social media platforms. Their acting was so unique until time came when they had differences which led to their splitting. Cartoon Comedian started performing her own videos while on the other hand Diana Daisy acted on her own. However, it looks like the two have resolved their differences and they are working as one team again. 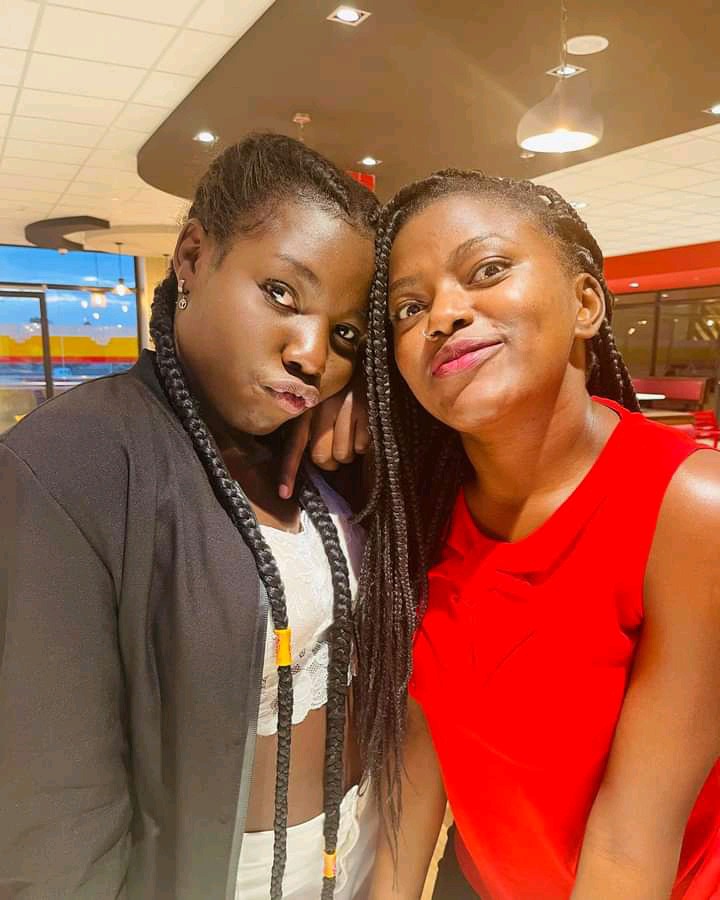 A post seen on Diana Daisy's facebook page shows a photo where the two are together which has attracted massive praises from their fans. The fans had missed their videos where they usually used to perform everything side by side. Their bond was so strong that since the time they parted ways, questions had been raised on why they had unfollowed each other.

Fortunately, it is now evident that the two actresses will be entertaining Kenyans again with their funny comedy. The fans have urged them never to seperate again because they usually make good partners. This is not the first time where we have heard celebrities having differences due to some reasons. The problem arises when the groups do not come up with strategies to divide their revenues equally or according to contracts that they had signed earlier. Here is what people had to say about the post. 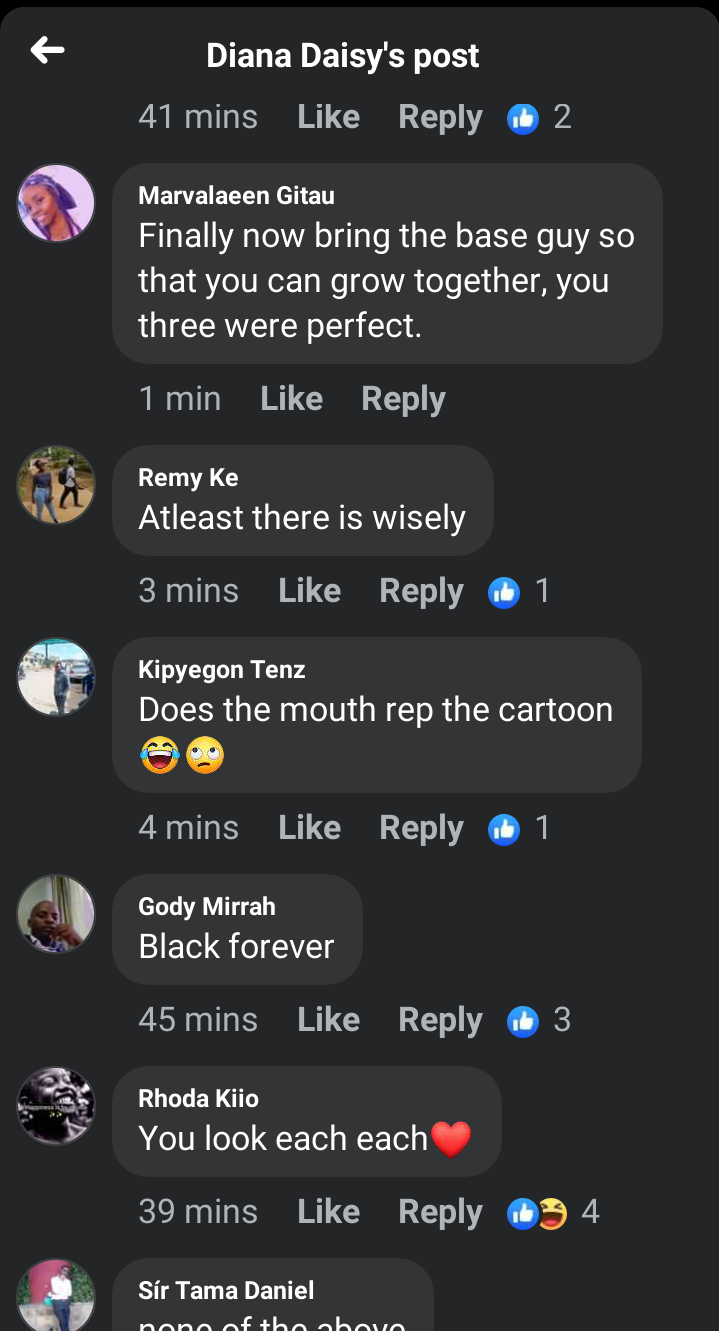 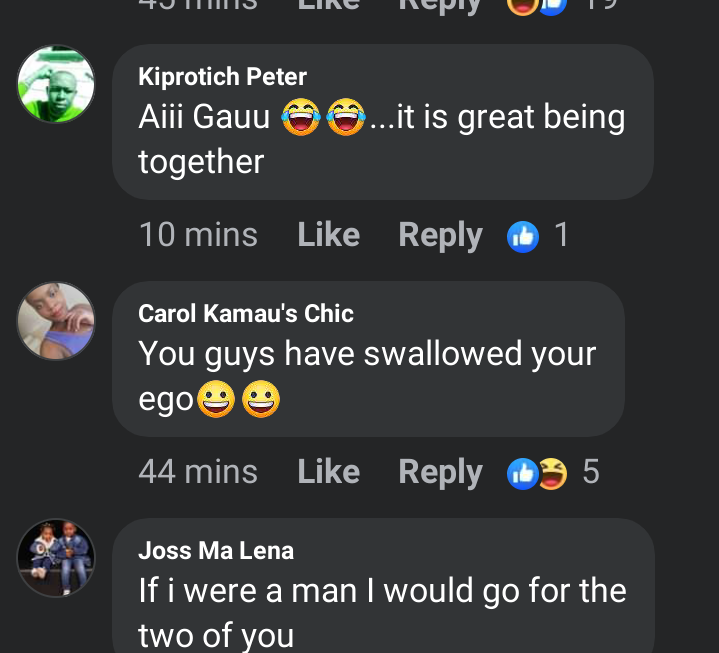 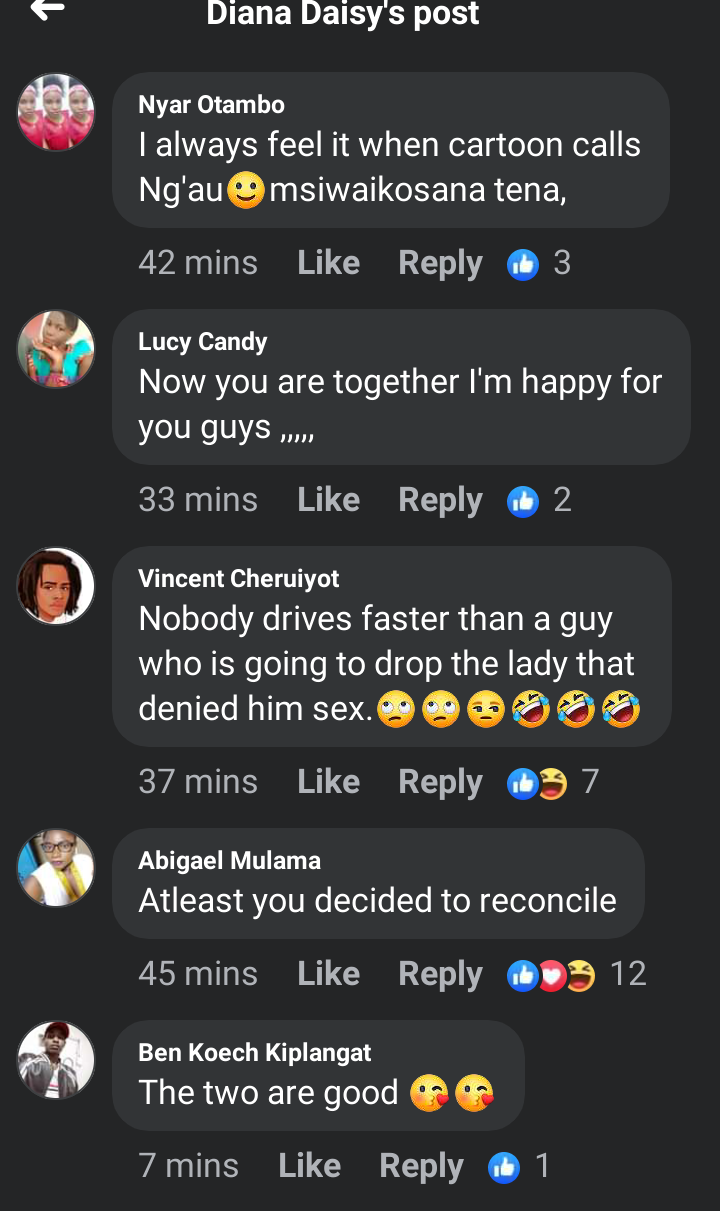 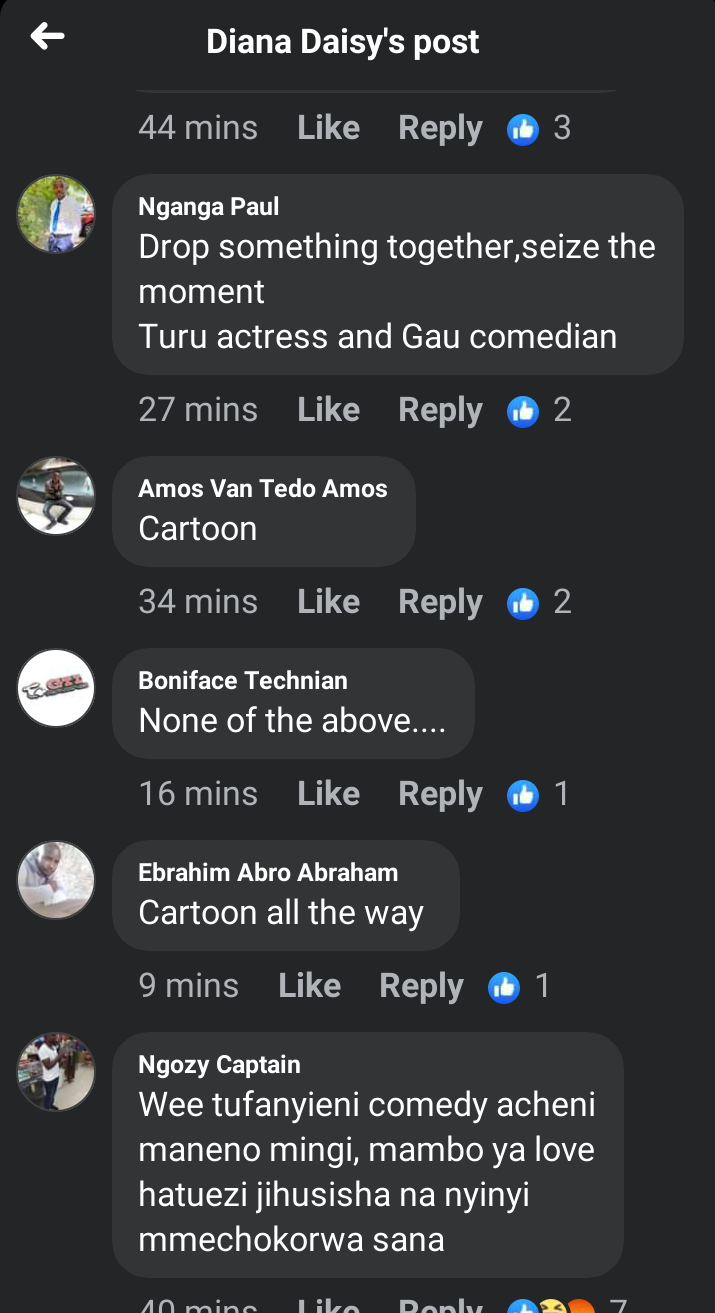 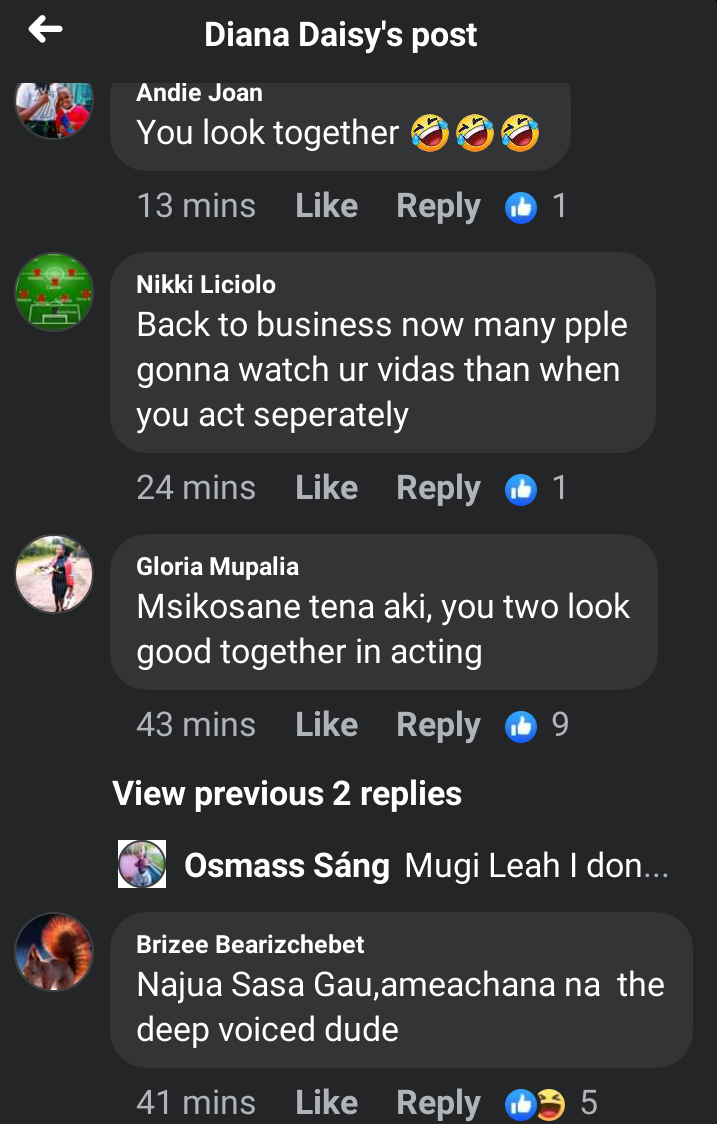