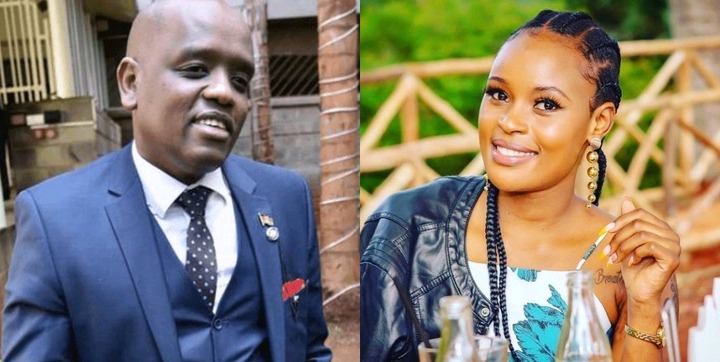 Controversial blogger Deniis Itumbi has been exposed for being a deadbeat dad.

An expose by Activist Boniface Mwangi indicated that Itumbi, a diehard supporter of Deputy President William Ruto had neglected his Baby Mama and his child whom the two had sired.

According to Boniface, Itumbi's baby mama took to his Instagram DM and lamented to him how Itumbi had alleged left them without help and in many occasions frustrated her move in seeking child support.

Seeking justice for her child, the lady identified as Irene Mukami said that Itumbi took a DNA test that came out positive and immediately started sending Ksh 20,000 for upkeep which she had not agreed to.

Her lawyer identidied as Erikah is said to have gone beind her back and came into an agreement with Itumbi. The agreement led to her not getting even Itumbi's ID Copy so that she can get a bith certificate for her child. 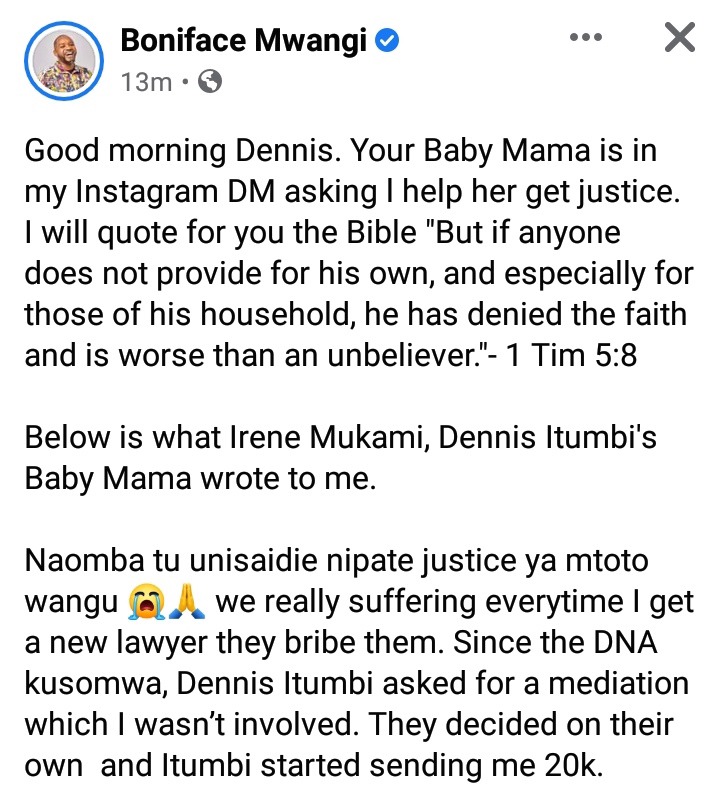 Below is what Irene Mukami, Dennis Itumbi's Baby Mama wrote to me.

"Naomba tu unisaidie nipate justice ya mtoto wangu. We really suffering everytime I get a new lawyer they bribe them. Since the DNA kusomwa, Dennis Itumbi asked for a mediation which I wasn’t involved. They decided on their own and Itumbi started sending me 20k.

Enricah was my lawyer she never told me anything actually when I ask her about the court date or even Itumbi’s ID copy so that I can get my baby's birth certificate she used to be rude to me. We don't have a medical cover and you know at this stage mtoi ugonjeka sana.

Another thing when itumbi was convincing me to get an abortion he told me akona Leukemia so I'm very worried because my daughter ugonjeka now and then. Please help where you can. My daughter is almost going to school and I don’t have a stable job," part of the expose read.

Mukami further alleges that Itumbi has been sending unknown people who have been following her and she reported to Kasarani Police Station. Kasarani police officer on duty is allegedly said to have coward out when they heard Itumbi's name get mentioned.

"I had to move from where I was staying to a new place . Strange riders wamekuwa wakinifuata. I went to Kasarani Police Station to report but no one wanted to write an OB for me when they heard Itumbi’s name. We aren’t safe," she said.

Mukami fears that Itumbi is taking advantage of her state knowing that she is just alone because she is an orphan and she has no other siblings who can come to her aid. 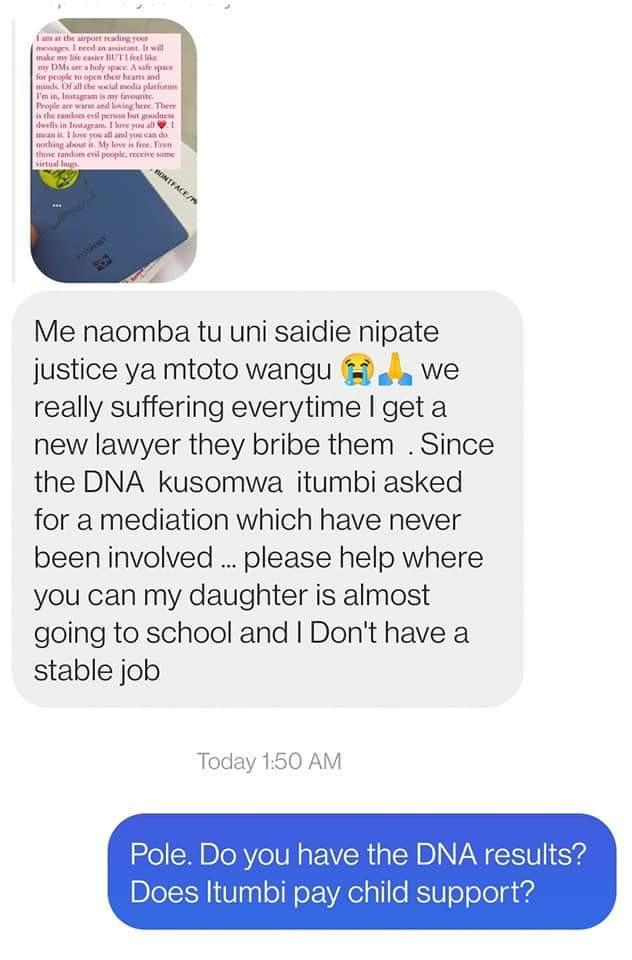 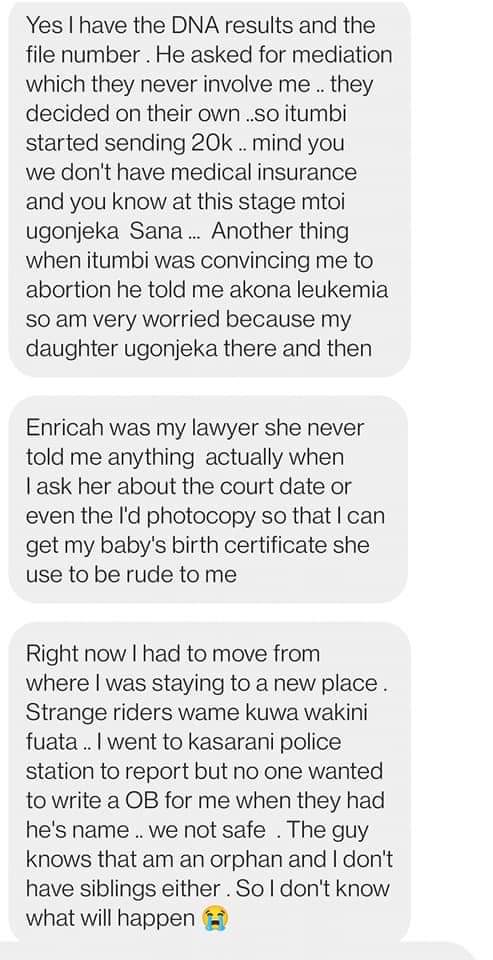 "Back to Politics?" Mike Sonko's Latest Message Hinting his next Move ahead of August 9 Election

What Khalwale Said About Raila, Kalonzo And Jirongo That Made The Crowd in Bungoma to Cheer Him up