Juliani Sends This Message to His Ex-Girlfriend, Brenda Wairimu As He Reveals When He Plans To Marry

Kenyan rapper Juliani has finally opened up about the ongoing debate on how he met and started dating the former first Lady of Machakos, Lilian Nganga. 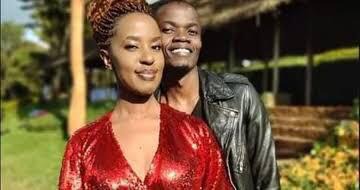 In a news report that sparked Alot of mixed reactions from a number of kenyans along with different politicians, Lilian Nganga took to her different social media accounts to express or rather confirm that she along with Honorable Alfred Mutua decided to part ways.

At the same time, Alfred Mutua also confirmed this adding that they were going to make sure they stay in touch as close friends. While reacting to this incident, the former Governor of Nairobi, honorable Mike Mbuvi Sonko called upon the two urging them to come together due to the fact that they were married for 10 years.

However, Lilian Nganga would later shock kenyans after she revealed that she was dating rapper Juliani after they both uploaded pictures of each other on their social media accounts confirming that they were dating.

In an interview with ktn news, Juliani has revealed that he met Lilian between June and July and just like any other man, he decided to shoot his shot or rather, make a move. However, according to the reports given by Juliani, he said that he wanted Lilian to be his friend but got more than he wished for.

Speaking about marriage and his ex girlfriend Brenda Wairimu, Juliani said that she is a good mother adding that they're in good terms. In his own words, Juliani thanked his baby mama for leaving him adding that he wouldn't be where he is if it was not for her.

In conclusion, Juliani said that he was going to get married at the right time and even though he didn't disclose whether or not he was planning to marry Lilian Nganga, he described her as a hardworking person who has made him see life from a different perspective. 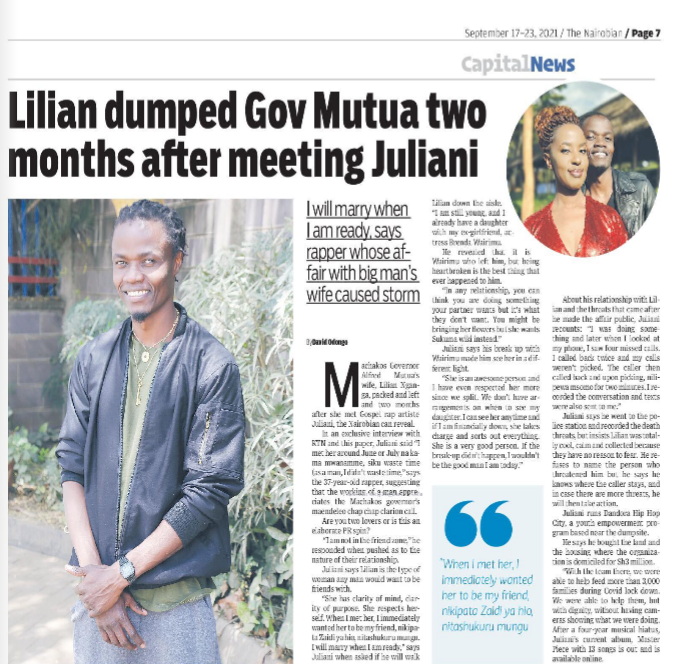 Akothee Pleads with the Government to Give Her Two Abandoned Kids, Reveals Emptiness in Her Home