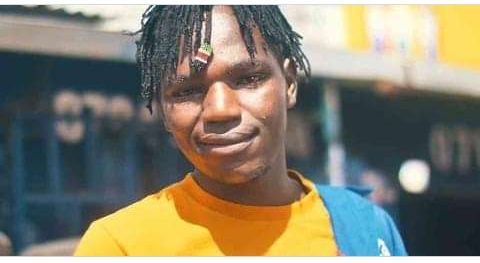 An autopsy on the body of Kalenjin Musician Ainamoi superstar has revealed the cause of his death.

According to an update by Standard digital, a postmoterm examination on the young musician's body conducted by Pathologist Titus Ngulungu at the Rift Valley Provincial General hospital in Nakuru revealed that he died due to perforated duodenal ulcer caused by blunt trauma to the abdomen.

In addition, his lungs had collapsed and he had bruises around the neck. 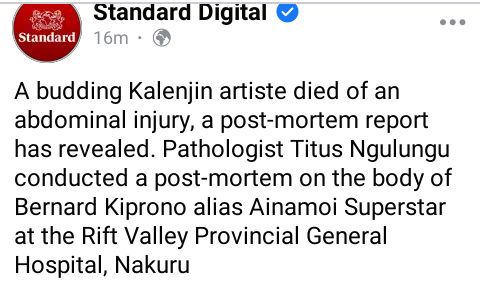 Kiprono was attacked after a performance at K2 resort on Saturday last week. He was rushed to hospital after the fight but later released.

Sadly, his condition worsened on Monday. He was rushed to hospital where he died while receiving treatment. He died aged 23 and will be remembered for his great talent.

No attacks have been made so far in relation to the attack. Investigations are however continuing with the aim of nabbing the rogue people or person behind the attack.