By Entertainews (self media writer) | 3 months ago

The episode started when Jabali Junior saw Kaka and Dida kissing. They had just left the burial site and Dida called Kaka aside to have a chat. She revealed to him that she had lost Jabali Junior to Sultana and was on the verge of losing Kaka after a disagreement. 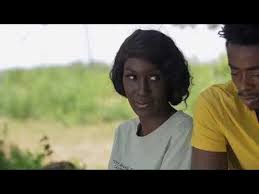 After her talk with Kaka, she left for the village to pick up her belongings and proceeded to Major Jabali's house. Along the way, she met Kaka whom they again kissed and agreed to marry and live together. 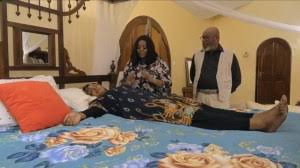 Jabali Junior is from Sultana's village walking home reluctantly. He was disappointed after Sultana gave back the ring to him. She termed it as a bad omen that caused the death of his uncle Maneno. This meant the end of their marriage as well as their relationship. She didn't want him again in her life.

When Jabali Junior arrived home she found Dida and accused her of infidelity after he found her and Jaka kissing. On the other hand, Dida insulted him and called him a great pretender since he had married Sultana in a hospital in the presence of Bi Salama. Fatima and Major Jabali heard the news with regret since they were planning a grand wedding for their children. This came at a time they did not expect or imagine.

Content created and supplied by: Entertainews (via Opera News )