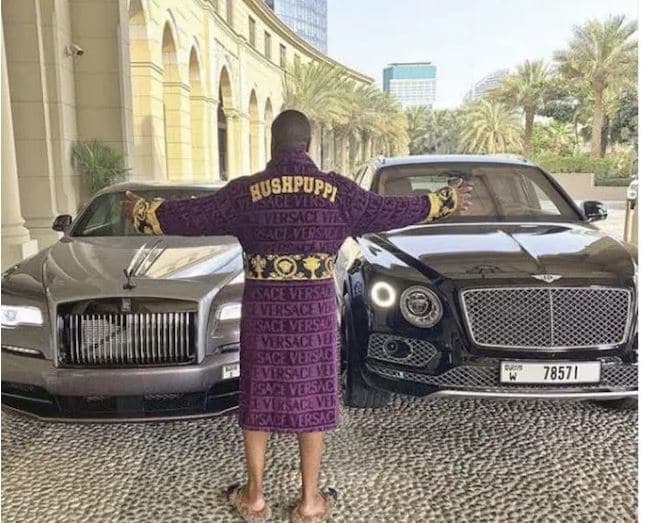 Nigerian Instagram influencer turned fraudster Ramon "Hushpuppi" Abbas has pleaded guilty to money laundering and other fraudulent schemes in a California court. The 37-year-old, known for his lavish lifestyle of fast cars, jets and designer clothing, has been implicated in business email scams that cost his victims nearly $ 24 million of dollars.

The United States Attorney's Office in the Central District of California has confirmed the plea that could result in Hushpuppi up to 20 years in prison, court documents show. He is also expected to "fully reimburse the victim (s)", the documents say.

Deputy director in charge of the FBI's Los Angeles field office, Kristi K. Johnson, has described Abbas as one of the world's most prominent money launderers.

“His celebrity status and ability to make connections has infiltrated legitimate organizations and led to several spin-off projects in the US and abroad. Today's announcement deals a crucial blow to this international network and, hopefully, serves as a warning to potential victims targeted by this type of theft.

On June 10, 2020, social media was plunged into a frenzy with the news of Hushpuppi's arrest. Reports and videos online captured the tycoon surrounded by strong police in Dubai as he was linked with a vehicle for alleged fraud.

Details of the arrest of the two men alongside their gang indicate that they had been followed by FBI agents since 2019 as they operated in different ways to carry out cyber burglaries.

The gang allegedly used various software to modify their voices and fake signatures to hack the bank details of the victims and, in turn, get away with huge sums of money. This has been declared a threat with the government orchestrating ways to bring the suspects to justice.

Abbas and his accomplices were indicted in California court for attempting to "steal more than $ 1.1 million from a businessman trying to finance the construction of a children's school in Qatar - and the subsequent money laundering of illicit proceeds through bank accounts around the world. . "

"The defendants allegedly falsified the funding of a Qatari school by playing the role of bank officials and creating a bogus website as part of a scheme that also bribed a foreign official to maintain the elaborate pretext after the victim has been warned, "Acting U.S. Attorney Tracy L. Wilkison said in a statement:

"Mister. Abbas, who was instrumental in the scheme, financed his luxurious lifestyle by laundering the illicit proceeds generated by crooks."

According to an online publication, Hushpuppi and his gang also conspired to launder millions of dollars from other fraudulent schemes, including a scheme to steal 100 million pounds sterling (10 billion Ksh) from an English football club in Anonymous Premier League.

" Chema Chajiuza, " 2 Kenyans Who Have Risen To Fame Due To Their Talent

Revealed: How Unsuspecting Kenyans Are Lured To Online Threats

Sending Love And Light To Everyone Who Needs It: Diamond's Ex-Wife Zari Writes

Richest Dropouts In The World.