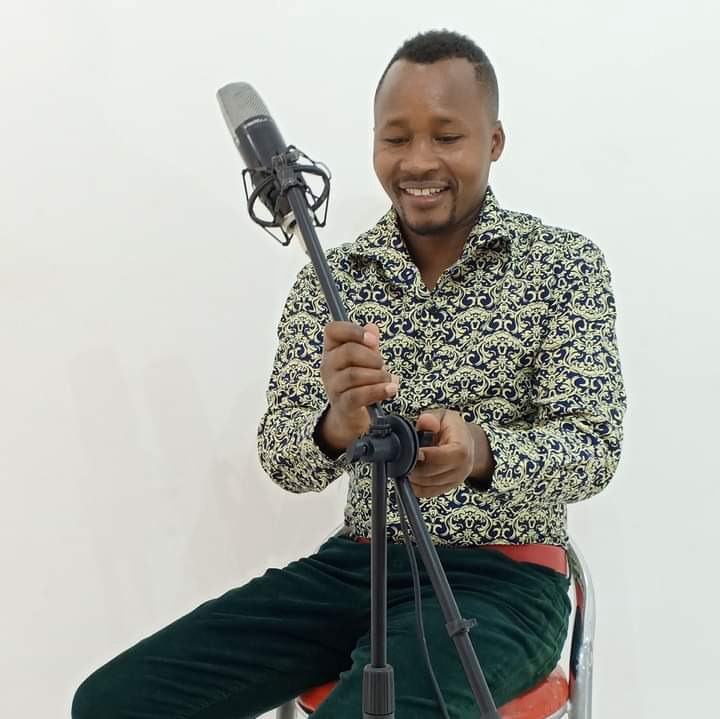 Apparently, Myello is mad that the presenter doesn't play his songs during his program this forcing Myello to attack the presenter with all manner of uncouth words on his Facebook page.

He said that he received messages from people telling him that the presenter had played his latest song on the radio and was criticizing it.

He accused the born again presenter of living a double life while hiding behind salvation.

He said that the presenter has been preying on other people's wives and can never play a song and by a male artist.

That's not all he said that the presenter should consider going for an HIV test since he has had numerous affairs.

"I woke up this morning and sadly I was welcomed with messages from fans telling me that one Kavwele of Musyi FM is directly attacking me on air, I have this to say, Kavwele is the last in all presenter and he is no bishop at all," he said.

"We know that you don't play songs by men but ladies that you've had an affair with, you should go for testing," he noted.

He said the presenter was suffering from depression thus his tendency of attacking people. 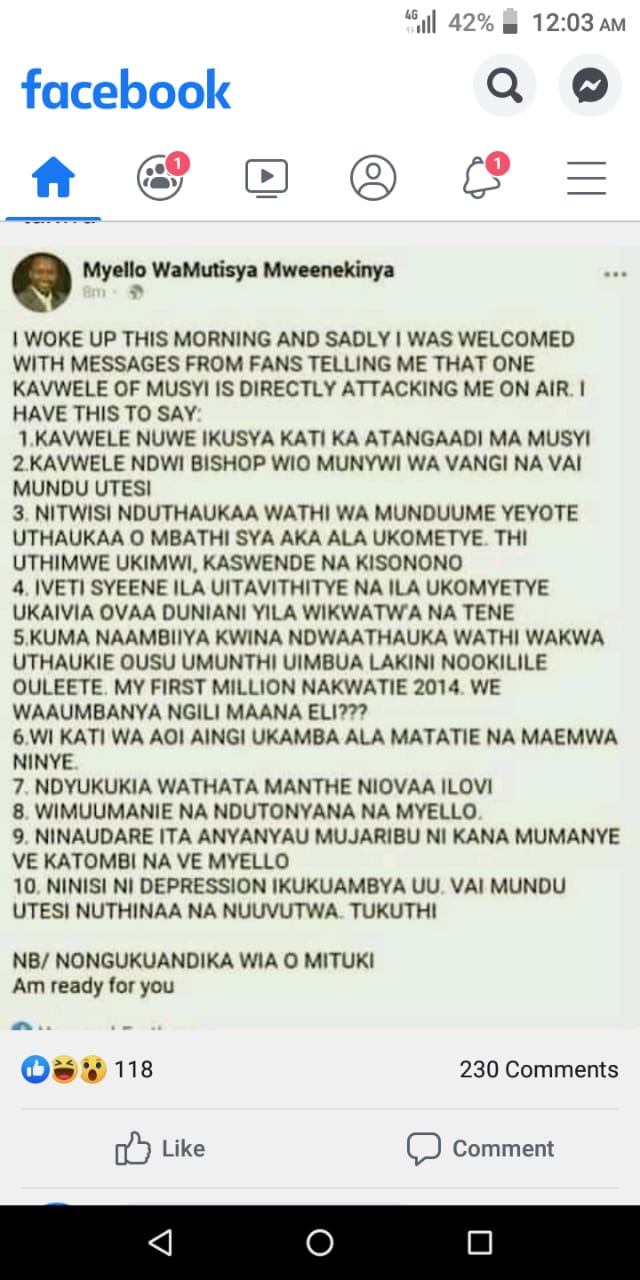 Other attacks were uncouth thus couldn't be written here.

One would wonder has the gospel industry changed. Once gospel artists have gained popularity they become don't cares who don't follow the Bible anymore.

It seems they are no longer interested in bringing people to Christ but chasing clout.

You can think of a number of artists who started as humble gospel musicians who looked heaven-sent.

However, after fame, they have drastically changed and shown the people their true colors.