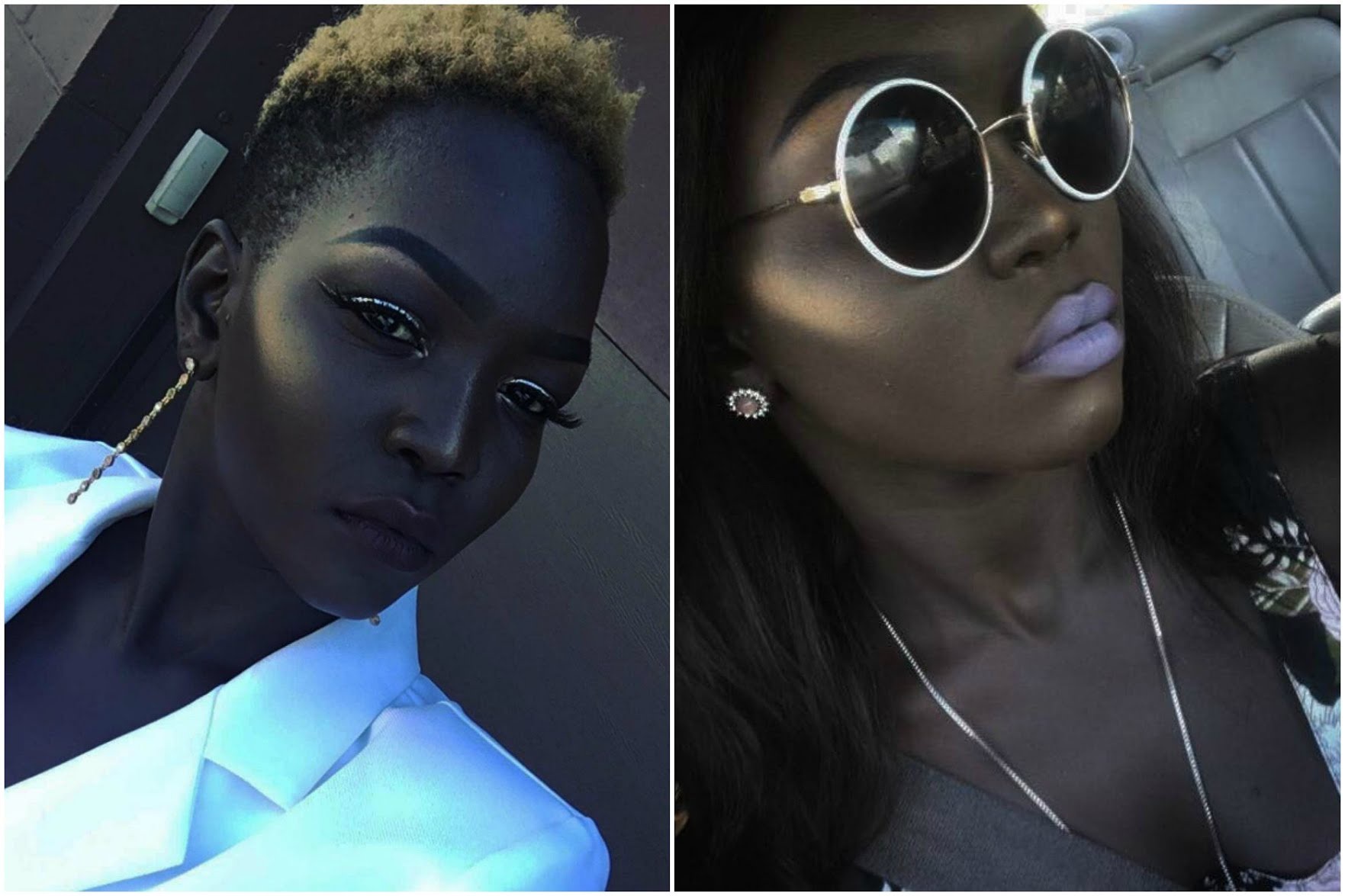 African country is full if beautiful people. There are those that are born having black skin and they think that it's the end of life and that people will be making fun of them not knowing that one can actually change the blackness into something that will be loved by many.

Well that was not the same case with Nyakim who is most known as the "queen of the dark. " You might be wondering why such a name. The lady was the blackest woman in Sudan. That skin color was not a big deal to her because she used it as her beauty and earned herself money by being a model

When model Nyakim Gatwech was in middle school, she cried herself to sleep thinking she wasn't beautiful enough. Now, the South Sudanese model has become an icon of beauty and an inspiration to young women everywhere. Her secret? Self-love. 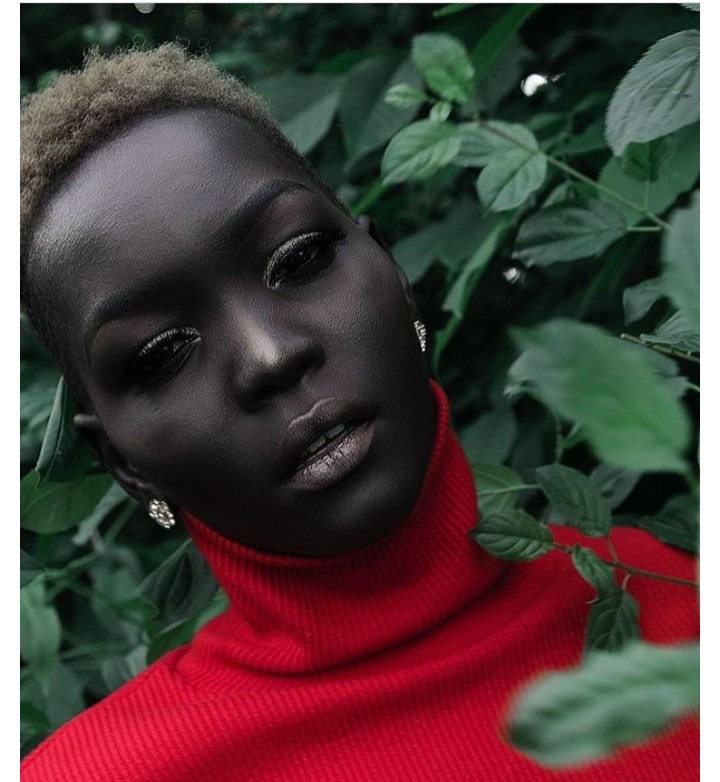 “It takes time to love who you are. Be confident in whatever the situation is,” Nyakim said in an interview , “If you love yourself other people will see. It will shine through you and then they have the choice to accept you or walk away.”

Nyakim went viral after posting a story of her interaction with an Uber driver on Instagram. When the Uber driver asked her if she would bleach her skin for $10,000, Nyakim laughed it off. “I would never do that. I consider my skin to be a blessing,” she told him.

Ever since, Nyakim has been nicknamed the “Queen of the Dark” by her fans and has proven her royalty in her fierce photos and motivational captions. Nyakim has become a woman that little girls look up to when, they too, are in search of self-love.

With the power of her 260K+ followers on Instagram, Nyakim has used her recent fame to challenge American beauty standards. Nyakim, who spent the majority of her childhood among the lighter-skinned people of Ethiopia and Kenya, said she never experienced colorism until she came to the US.

"I never had a problem with my skin until I came to America, went to my middle school and realized everyone was staring at me. The kids made fun of me," Nyakim said.

Now, the model has embraced her darkly pigmented skin and challenges representation in modeling through every photos she takes. Though her skin might look different than others, beauty is diverse, she said.

Nyakim is finishing up Minneapolis Community College this fall. After graduation, Nyakim plans on devoting herself to her modeling, but knows one day she will be an elementary school teacher.

Nyakim, who immigrated to the US when she was 14, first learned what the word “model” meant in the grocery store. Nyakim had a long journey coming to the US from South Sudan, immigrating by her bare feet from a refugee camp in Ethiopia to a refugee camp in Kenya, and finally to the US. Nyakim lost two siblings along the way, but never gave up hope. The model came to the US in 2007 with her mom and siblings by her side. Nyakim now wants to share her story and raise awareness of what's going on in her home country of South Sudan.

When strangers would stop her in the grocery store and suggest she pursue a modeling career, the language barrier prevented Nyakim from understanding. “I used to think ‘what's modeling? Is that a job I should go apply for?’” Nyakim laughed. But her sister, who also used to model, encouraged her to go into the modeling industry to help make it more diverse.

It wasn't until her Junior year of high school when Nyakim felt she could really pursue modeling. The career clicked with Nyakim when she strutted down the runway in her friend’s designs at a school event, she said. It was then the dark skinned beauty started to build her portfolio, taking two years in New York and countless weekends during college to have photo shoots. Today, not only has Nyakim taken the internet by storm with her modeling, but she has started a movement of self-love and female empowerment.

“I empower dark skinned little girls who are bullied for having skin they can't change,” Nyakim said. “A little girl wrote me a paragraph thanking me for loving myself. She told me that because I love myself she started to love herself too.”

Nyakim always had her mom to remind her that she is beautiful and build her self-love, she said. Now, Nyakim wants young women everywhere to know that they can reach out to her to be that person. After all, self-love is contagious.

“If you're going through something as a young girl, talk to someone. Reach out to me. If you send me a message on social media, I will definitely respond and give you the best advice I have,” Nyakim said.

Things Get Messy As Ruto Puts Raila & Wajackoyah Aside, Names His Main Competitor in August Polls