By Liwiwriter (self meida writer) | 27 days ago

For sometime now, various sources have been reporting that 'Maria' series actor Ronald Ndubi alias Victor Hausa is a married man who apparently also has 2 children. 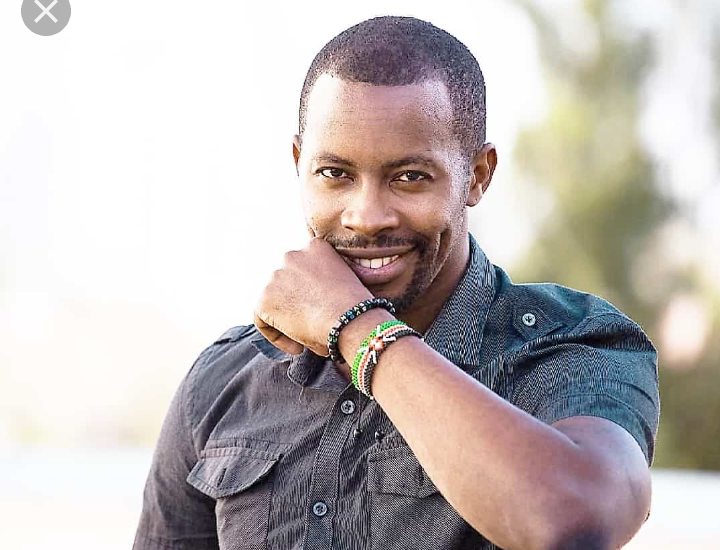 However in his response today the hunk quickly debunked the reports by revealing that actually he has never been married before, and even doesn't have any children whatsoever.

" Word has been going round that apparently I am a married man or was and i have two kids that I abandoned and they are suffering as I flaunt my new relationship. I have received 3 bloggers calling to verify and I would love to do so. These are kids that I shot an advert with as their father in 2015 and the FB post is still there up to date. I never used to actually mind about these rumours when shooting the Maria series, as I found it a non issue when vloggers kept running it on their channels, but now I feel the need to clarify. I have never been married nor do I have kids. But I've had girlfriends and past relationships." 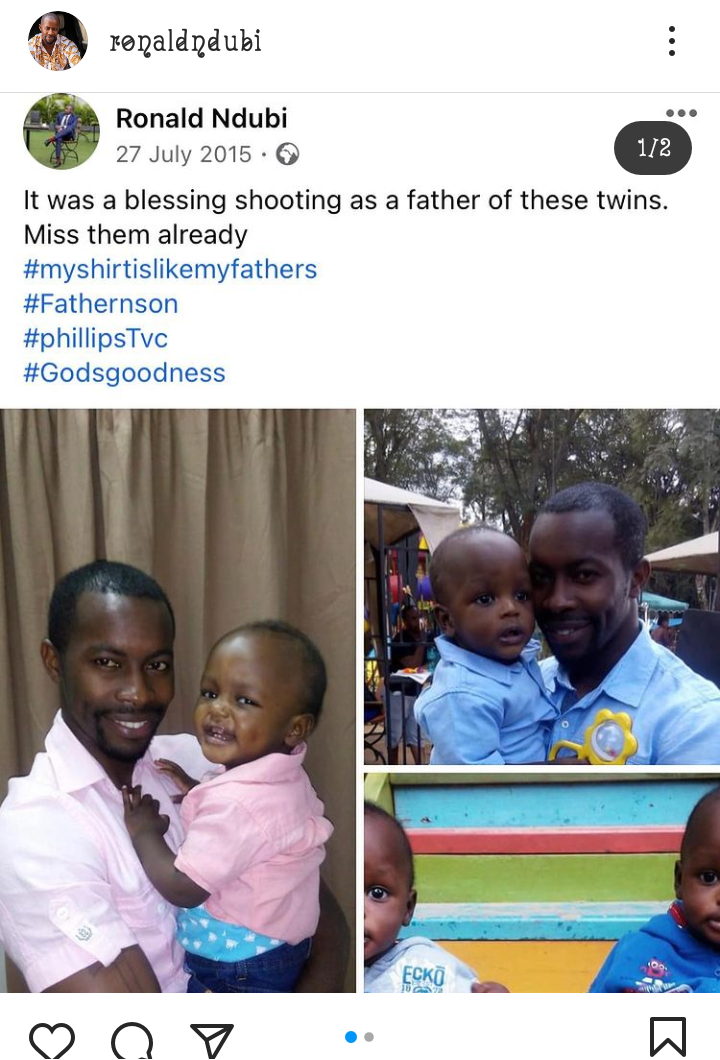 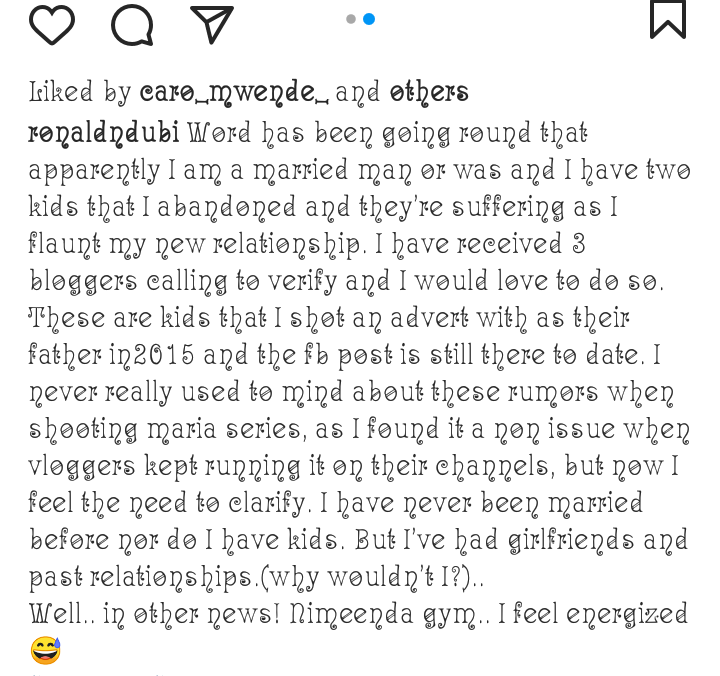 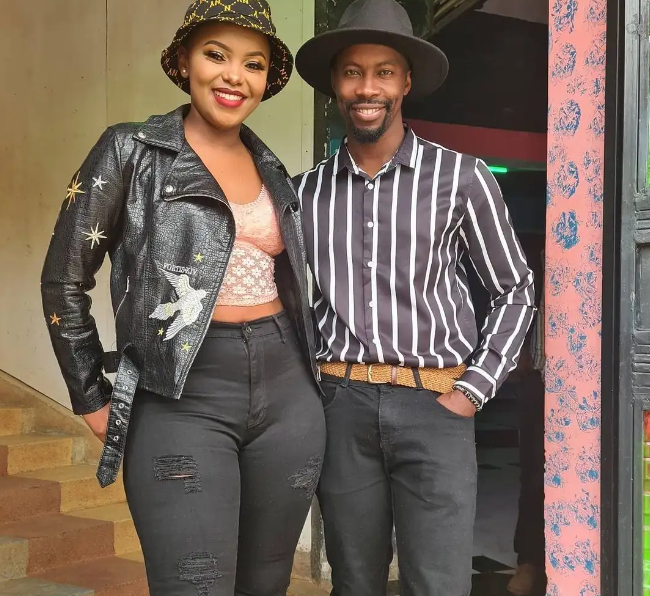 In the interview with their fellow cast Bridget Shighadi, the hunk was asked if the duo were in a relationship and he responded saying;-

" Yes, I'm dating Dorea, she is my girlfriend and the wedding gown should be on the way. Harusi utakuja coz it's in the plans."

He also made it clear in the interview that their affair started first as them being friends, but as a couple they haven't yet moved in together.