By TimelyNews_KE (self media writer) | 5 months ago

Deputy President William Ruto has triggered mixed reactions online after inviting "Sipangwingwi" artist Exray at his Karen residence barely a week after musician Trio Mio who is featured in the song performed it at Raila Odinga's Azimio La Umoja Convention in Kasarani. 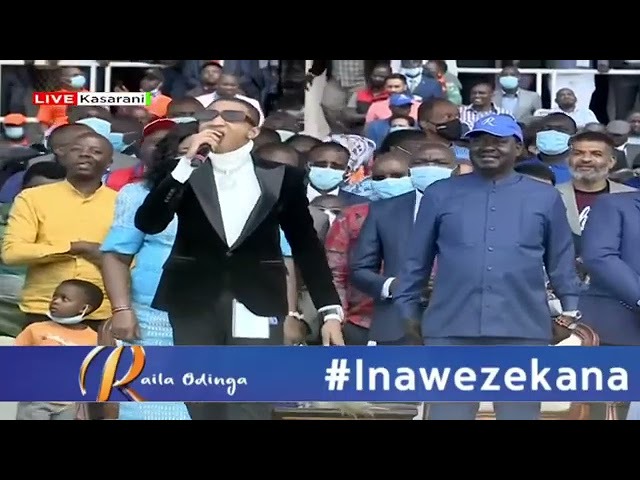 Taking to the social media, Exray shared an image of himself with the second in command, expressing his gratitude for finally meeting him. 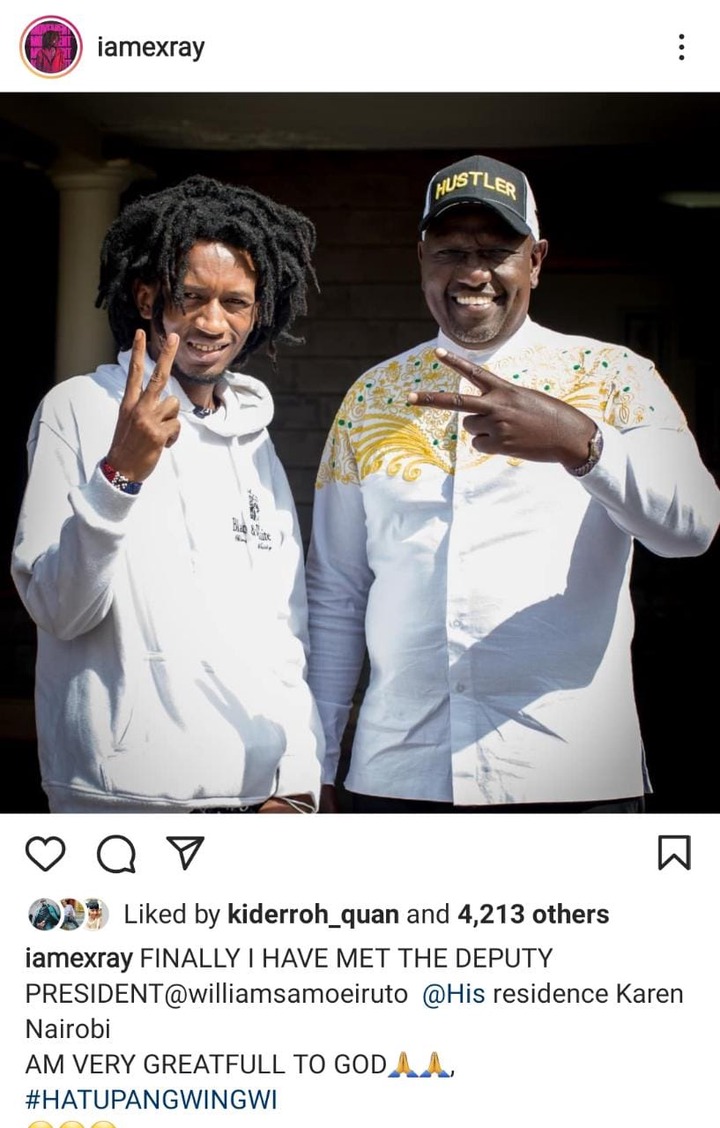 Majority of Kenyans claimed that the DP was being petty by trying to revenge on Raila's move of inviting Trio to his event. Another section however hyped the DP affirming that indeed they cannot be finessed.

Trio Mio performed the song on Friday, December 10, and a clip of himself claiming that Raila Odinga cannot be finessed trended online with some Kenyans especially those affiliated to the DP blasting him for being "used politically".

KDF to Hold Spectacular Air Show Above Uhuru Gardens on This Date; Free Entry For All [Photos]

Murathe Unveils Whether President Uhuru Will Campaign for Raila

Russian Embassy Raises an Alarm To All Kenyans, Warns Them Against The Following

I Sent My Boyfriend All the Money I Made in Saudi Arabia, He Built a House and Married another Woman