Gidi: I Turned Down Mzee Moi's Ksh10 Million Offer For a Music Project

By LatestTrends (self media writer) | 1 year ago 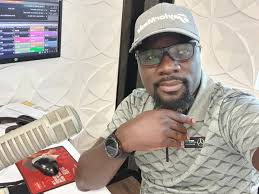 Radio Jambo presenter Gidi Gidi has opened up how he turned down an offer from the late former president Daniel Moi to work on a music Project.

Gidi Gidi who spoke on Sunday during an exclusive interview on Churchill Show that aired on NTV said that Mzee Moi approached him alongside his fellow artist, Maji Maji, after their song 'unbwogable' went viral.

In the song, Gidi Gidi revealed that they had mentioned several politicians, and when 2002 campaign period approached, politicians were seeing the song as a hot cake.

At the time Mzee Moi approached them, Gidi Gidi revealed that Narc had already taken the song, and had already made some payments to them.

The song was viral and almost the whole country was singing along.

He said that Moi sent his representatives to approach them.

The representatives then came up to Donholm in Nairobi's Embakasi area, where the musicians were staying.

They then told the singers that Mzee Moi needed them at the State House.

When they tried to inquire the reason as to why they were needed, they were told them that the head of state wanted them to redo their 'unbwogable' song, and make it praise KANU.

They were told that Moi was ready to pay Ksh10 million for the work.

However, the musicians had to consult widely with their friends, who told them that they would tarnish their brand if they accepted to redo a song that had already gone viral.

It was at that point that they turned down the offer.

"Rigathi Tortured Alot Of People While He was A D. O " Politician Claims