Kenyan rapper King Kaka alias Kennedy Ombima and his wife Ninifelly Owiti alias Nana Owiti are arguably among the most popular couples in the country. 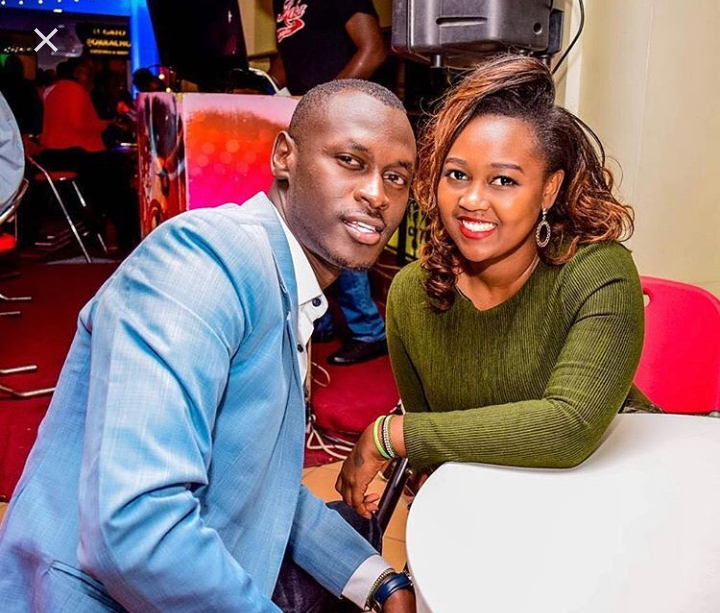 The lovebirds have undoubtedly stood the test of time together and are even proud parents of two children, a son named Prince Iroma and a daughter called Gweth Ombima. 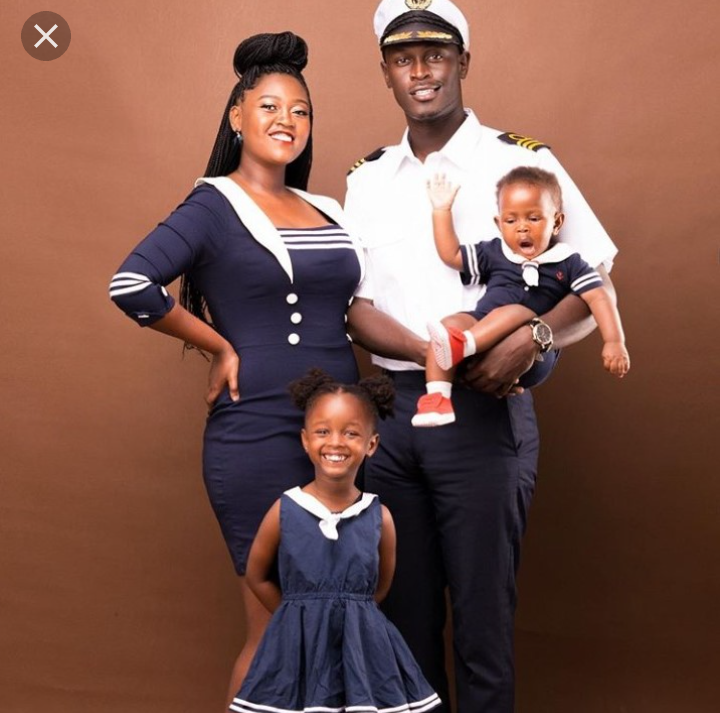 Photo; King Kaka, his wife Nana Owiti and their children.

They are indeed a celebrity couple to be emulated by many atleast if matters of the heart is anything to go by, and like many couples they also earlier today marked their Valentine's day.

On his Instagram account King Kaka posted an old photo of the days when he used to go by the name Kaka Sungura, and in the photo he was together with his wife Nana Owiti at an undisclosed location. 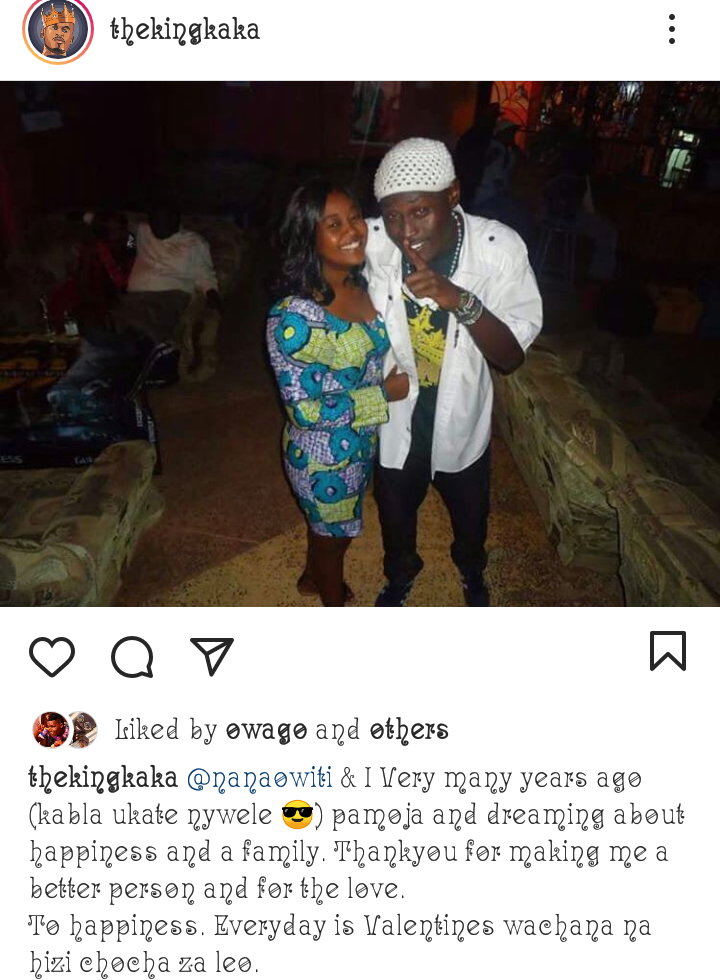 The 'Dundaing' hit maker accompanied the post with a caption appreciating his wife for making him a better person over the years that they have been together.

He also thanked her for the love that they have developed over the years, and debunked the notion that Valentine's Day should only be a one day affair marked by couples on the 14th of February.

He thereby stressed the need for couples to always spend time together and take out each other always, and not just do it for the specific date. 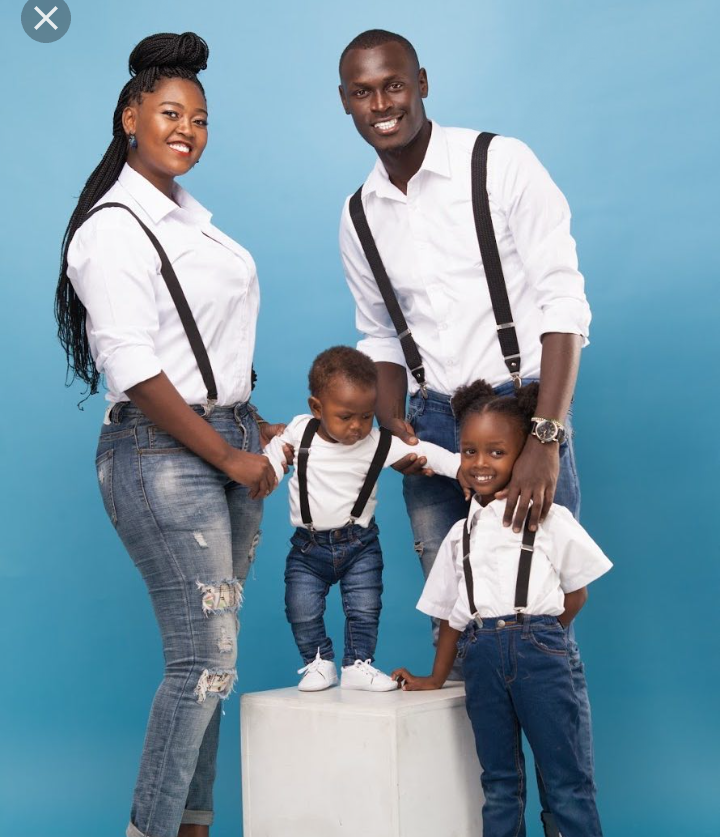 King Kaka and his wife have been happily married for sometime now after they first met at a movie shop many years ago.

When they first met Nana Owiti made the first move on the 'Leta' hit maker by complimenting him for looking good, and have been together since then.

They lived together for sometime before King Kaka later made his intentions to marry the 'Chatspot' host clear in the year 2018, and proposed to her infront of his fans at Uhuru Gardens grounds. 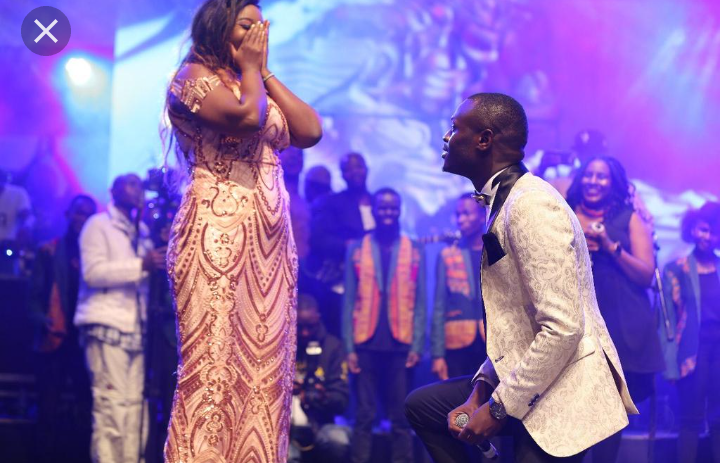 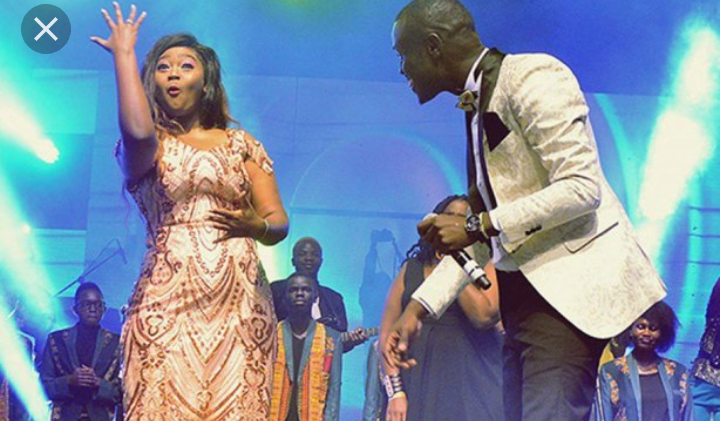 Photo; King Kaka proposal to his wife Nana Owiti in 2018.

This was during the official launch of his album called 'Eastlando Royalty', and he pulled a surprise proposal to his then girlfriend Nana Owiti. Luckily the beauty queen said yes.