Police officers who are currently in Mangu tallying center were today forced to fire a couple of rubber bullets in the air after an incident which reportedly happened today in the evening after two Rival groups decided to fight. 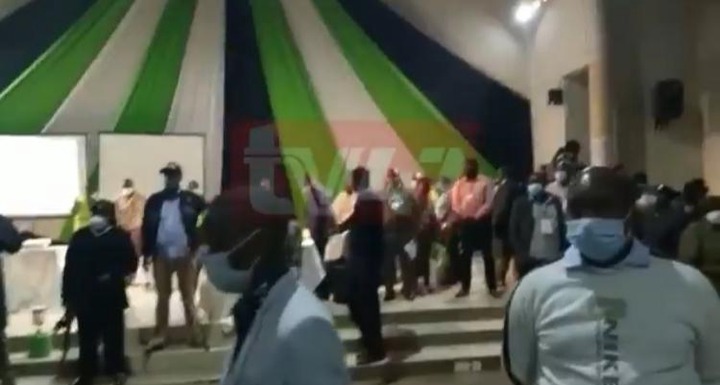 In a video that has since gone viral and is still making rounds on different social media accounts after being uploaded by Tv47, a couple of individuals could be seen throwing blows and Punches inside the tallying center.

This was followed by a dramatic scene after a couple of police officers who were maintaining law and order in the region decided to fire a couple of shots in the air in order to calm the group which was becoming unruly.

According to the reports given by the residents and witnesses who are currently watching the whole process off vote counting in the just cleared by election, they revealed that it was like the other party was trying to hide votes or rather rig the elections.

They went ahead and revealed that one of the two political parties was Busted in the act of trying to play dotty games with the already casted votes prompting the witness to alert others who immediately started fighting each other.

The incident has since sparked a lot of mixed reactions from Kenyans who seemed to have different opinions and suggestions on the matter and on what should have been done in this process.

With a section of Kenyans claiming that maybe this was the only way to prevent this kind of things from happening, others went ahead and congratulated the police officers for getting in between the two parties and maintaining law and order. 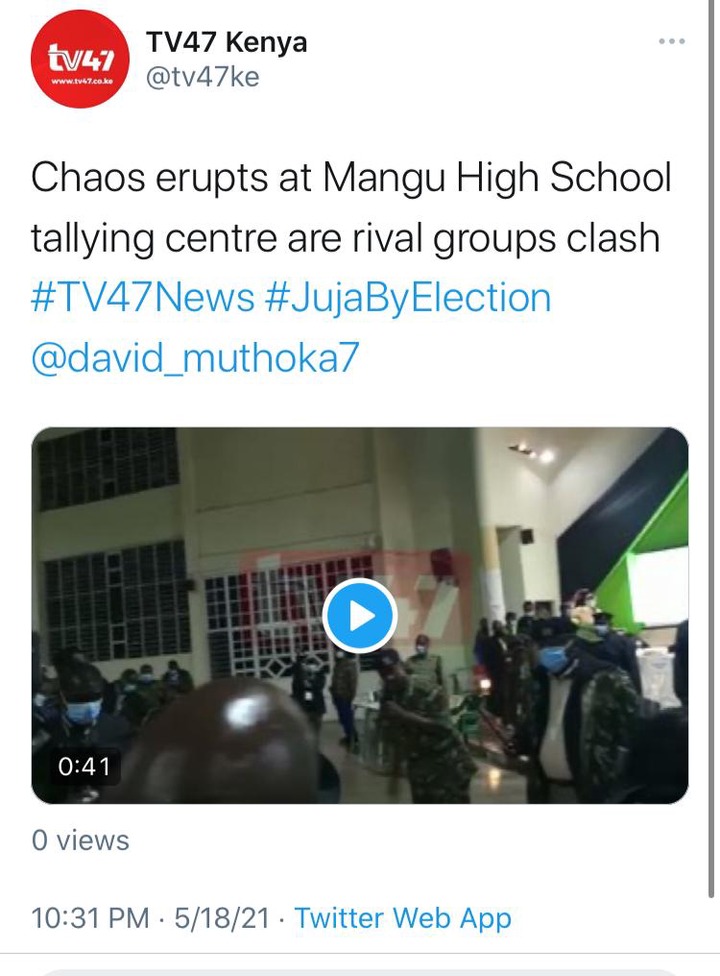