Unaficha Mimba: Maria Wa Kitaa's Response After A Fan Told Her This 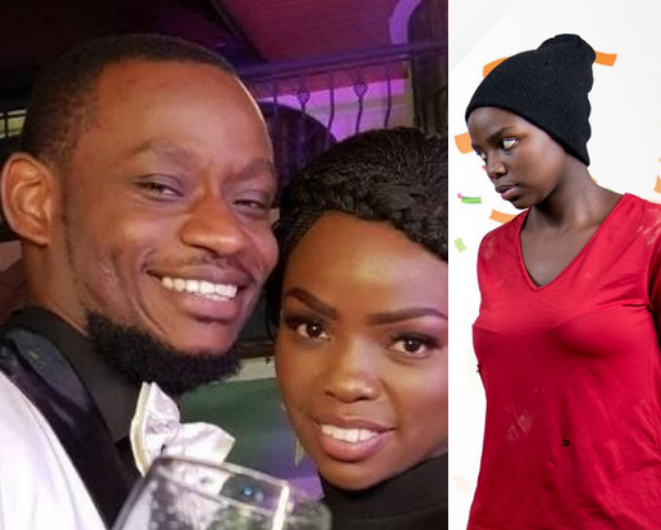 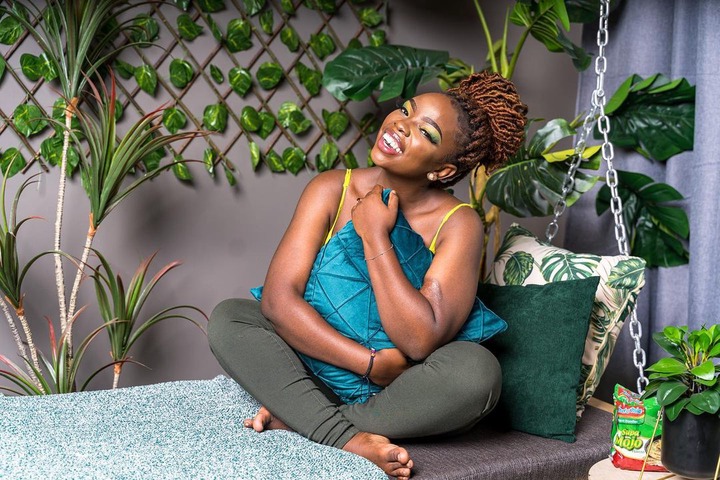 Alongside the photo, she attached a piece of advice that was dedicated to her fans. The actress claimed that people should not despise others because of money. She noted that those who have money should not look down on those who don't and vice versa.

"Pesa isiwai kufanya ukamdharau mtu na kazi yake! (Money should never make you despise someone and what he does for a living)" Maria's caption read. 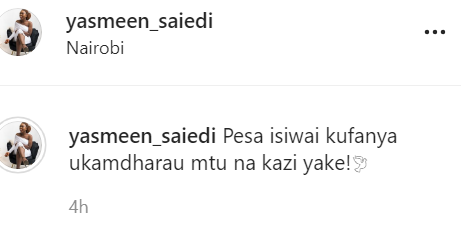 The netizen went out of context and claimed that there was a possibility that Maria was pregnant as it was highlighted in a local drama show that she was featured in. Interestingly enough, Maria went ahead to respond to the comment and agreed with the netizens statement.

The conversation attracted attention with many of the social media users coming out to express excitement over Maria's response to the fan. The netizens commended her for being humble and taking the time to respond to her fans.

Yasmin Said shot into the limelight after she was featured in a local drama show dubbed Maria that used to air on Citizen TV until a few weeks ago when it ended.

5-Year-Old Electrocuted to Death in Nakuru