By @hillajunior (self media writer) | 3 months ago 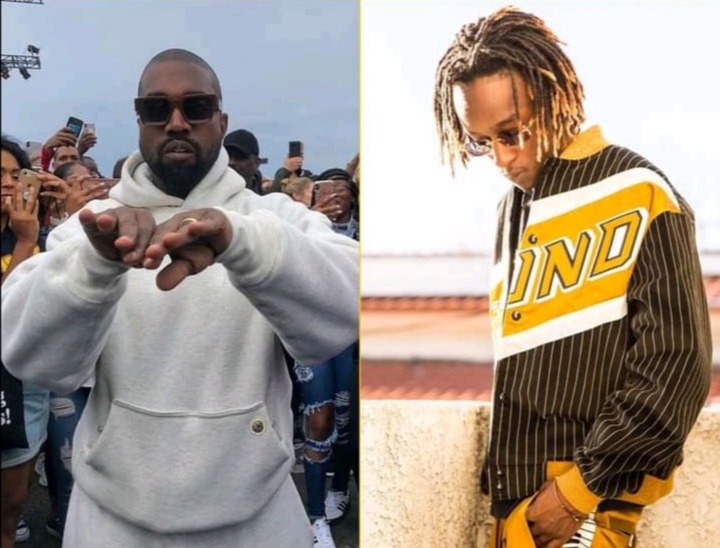 Kanye released the Donda Album with 27 tracks.The 24-year old rapper had been working with Kanye over a years and a half after which he got a chance into featuring in Donda listening session

Kaycyy Pluto was born and raised in Kenya for a period of 10 years after which he left Kenya. In an interview with the Kenyan - born rapper, he explained that, Kenyan culture shaped him all along to the artist he is now. He is able to speak Kiswahili and his Mother tangue language.

The young talented star in his interview said he was inspired by Michael Jackson moves and even songs. Kaycyy revealed that, he was connected to Kanye West by Abou "By" Thiam - Brother to Akon, manager of Kanye.

In his experience with Kanye west he stated, "Everytime Kanye would introduce me to people like Tray or Justine Beiber and all these people he'd, be like, Man is my first artist out of YZY SND."He finally said that he played several songs to Kanye west after which Kanye liked his melody.

"I didn’t see him for another year, or maybe half a year. Then Thiam ended up managing him, and the link-up happened again. This time, it was just for sure. I locked in and started working on the album, Donda, for like a year and a half," he stated expressing his joy for having featured in Kanye's Donda Album.

The Kenyan - born rapper further started that," It is like the Yeezy School of Music. You're going to learn something there, and you're going to meet somebody important there. Everybody is there for a reason."

Content created and supplied by: @hillajunior (via Opera News )