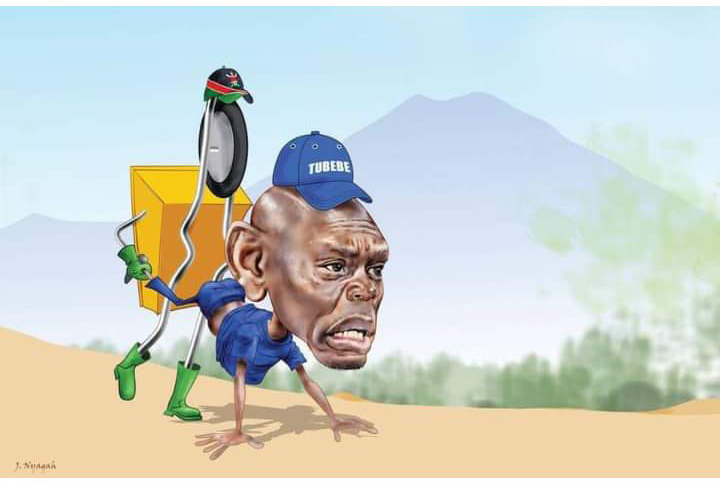 William Kabogo has revealed the intrigues that might have happened to get him to be trolled by Nation Media Group. Today in the dailies, a cartoon of Kabogo appeared on Daily Nation which is part of NTV. The cartoon indicate that Kabogo had bitten more than he could swallow by starting his own party.

Kabogo has said that he was trolled because he refused to advertise with NTV. The television station had charged him sh 372,000 to advertise him 5 times in a day for a full week. He was to get two ads during prime time, two ads during off prime and an early morning ad.

Kabogo has indicated that he refused to do business with NTV. His reason was that the station is not highly rated. Kabogo feels that the station was bitter after he failed to advertise with them hence writing the story. Kabogo is vying for Kiambu gubernatorial seat under Tujibebe Party. 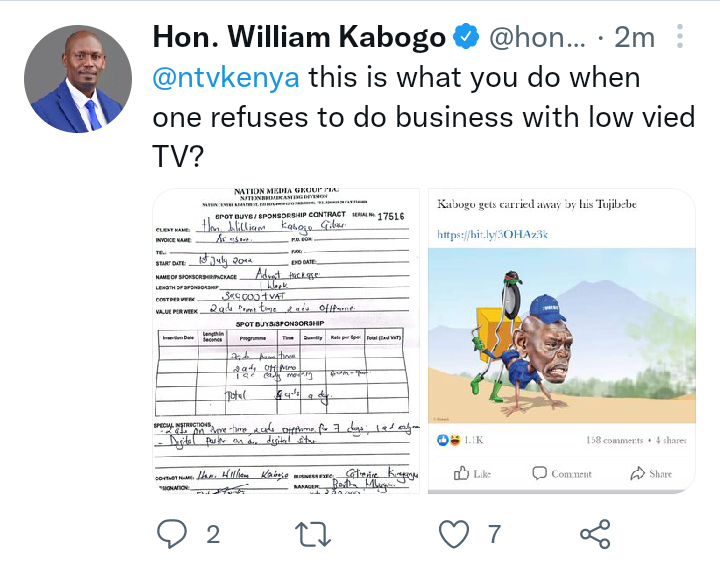 "Tulia..." Karua As She Assures Ruto A Legal Battle Challeging His Presidential Win In Supreme Court

Lawyer Ogolla States Why Uhuru Might Have Not Congratulated Ruto