By MyCaydenpo (self media writer) | 1 month ago

It was just some months back when the Kenyan media houses and particularly social media pages were filled with congratulation messages to the seemingly power couple of Comedian Mulamwa and his girlfriend, Carol. The duo had been lovers for sometime and their public display of affection was enviable by many. 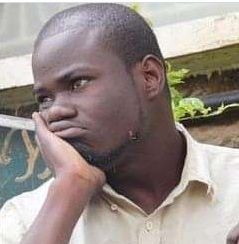 Their love grew stronger and we could see them shoot videos while at a rural area which Appeared to be Mulamwa's home region and at that time, Carol was pregnant. In other videos and pictures, Mulamwa was seen posing with his grandma and girlfriend, a clear sign that their union was deeply rooted in love.

Heavenly blessings were upon them and they were blessed with a bouncing baby girl, something which saw them earn lots of congratulations messages from celebrities and fan alike. 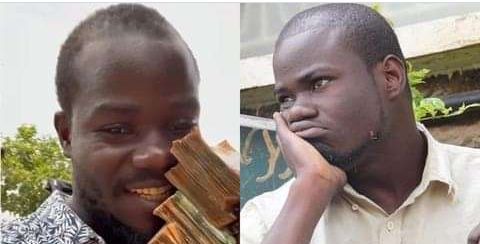 Sadly, Mulamwa and Caro separated Shortly After their daughter was delivered. From what they said, there have been lots of disagreements between them even before the child was born And it reached a point they could no longer bear it more. They even accused each other of infidelity and they finally called the union quits. 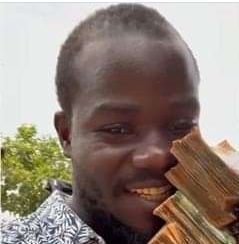 Currently, Mulamwa is a sad and lonely man According to a story published online by Tuko news. From the publication, Mulamwa is missing to meet his daughter but his baby mama is preventing him from seeing her. According to the story, Carol even goes out saying she is a happy single mother and she denies Mulamwa from taking care of their daughter.

Mulamwa observed that he is denied the privilege of seeing and supporting his daughter yet he is a millionaire and willing to meet his responsibility. 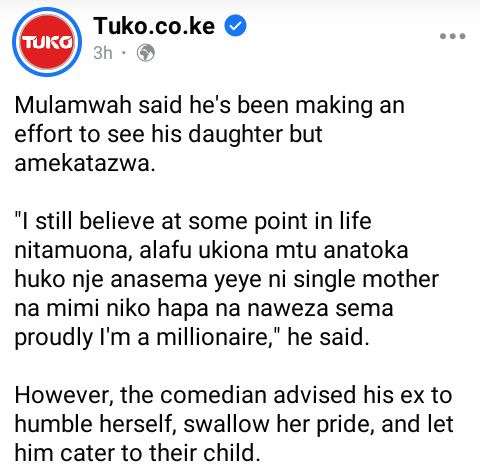 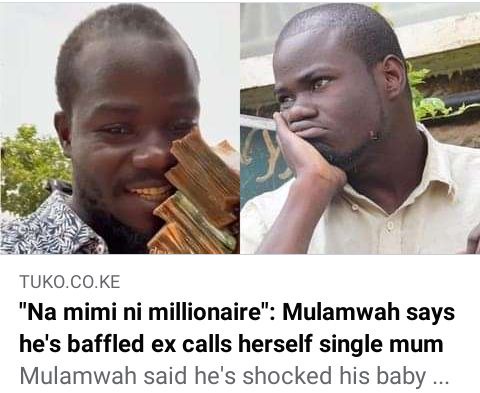 Content created and supplied by: MyCaydenpo (via Opera News )