Raila in Bungoma: Dangerous Moments After What Sifuna, Crowd Did During Raila’s Arrival (Video)

By ronaldcharley (self media writer) | 16 days ago 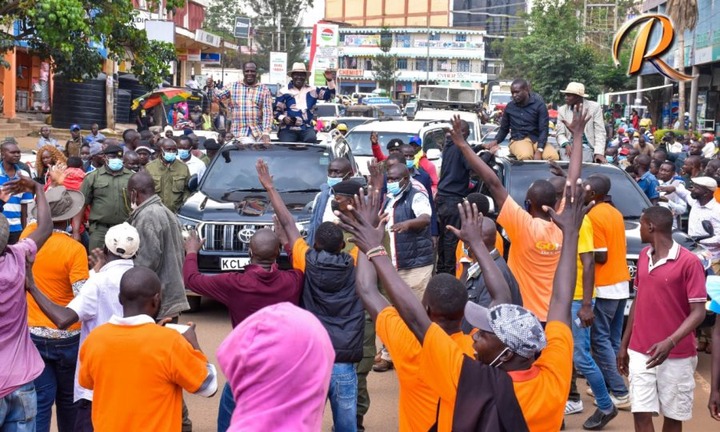 ODM leader Raila Odinga had on Saturday toured Bungoma County and he was welcomed by a huge crowd.

There were however moments where Bungoma residents put their lives at risk following what ODM Secretary General Edwin Sifuna was dishing out to the crowd.

The residents were escorting Raila as he slowly made his way in the area as he was scheduled to hold a roadside rally.

As the excited residents were busy singing and dancing some who were close to Sifuna’s car put their lives at risk trying to get shirts and money that he was dishing out.

Sifuna who was on top of his car while Raila’s vehicle was behind is seen giving the crowd the shirts one at a time in an effort to try an avoid the residents from crowding his moving car. 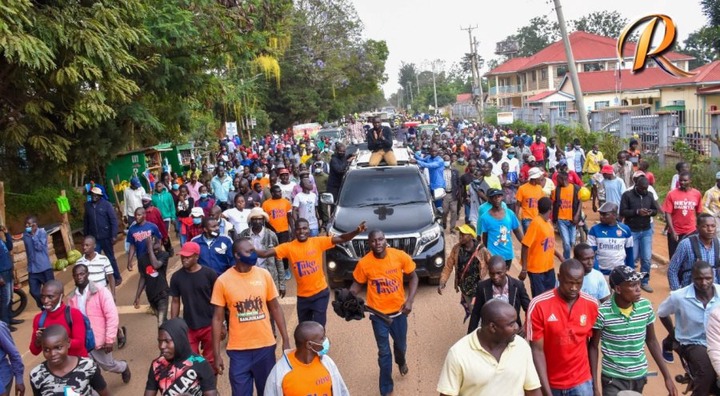 Some of the residents carelessly run in front of Sifuna’s car oblivious of their safety trying to get the orange ODM shirt.

The crowd was moving in a cluster as bodaboda riders are seen dangerously moving in the crowd trying to keep up with Raila’s convoy.

At one point, Raila’s convoy stopped as he took some vegetables and fish from the vendors before continuing with his journey. 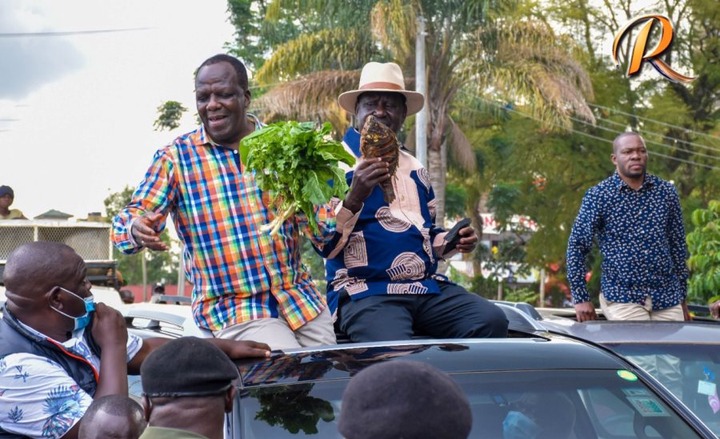 As the vehicles started moving, one woman run to Sifuna’s car as it seems she was saying she was not paid and the ODM official removed some money from his pocket and gave the woman.

When the people escorting Raila saw the woman being given money, they rushed to Sifuna’s vehicle which was moving, putting their lives at risk.

Sifuna after giving the money to the woman and one person in the crowd returned the rest of the money inside his pocket as the crowd is seen begging to be given money as Sifuna is seen responding. 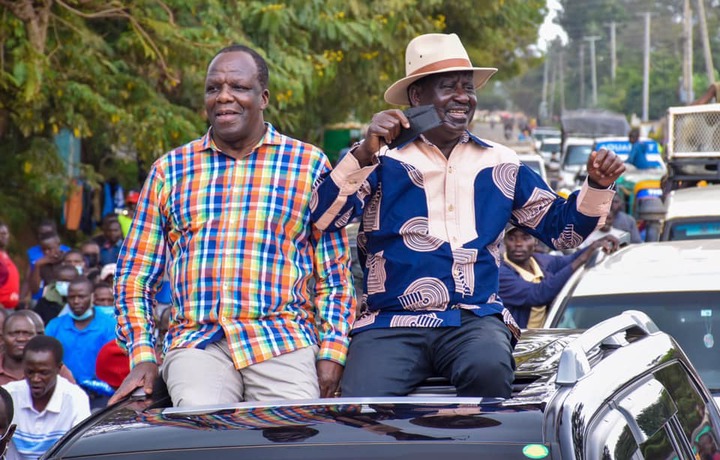 Things that are more important than love in a relationship.