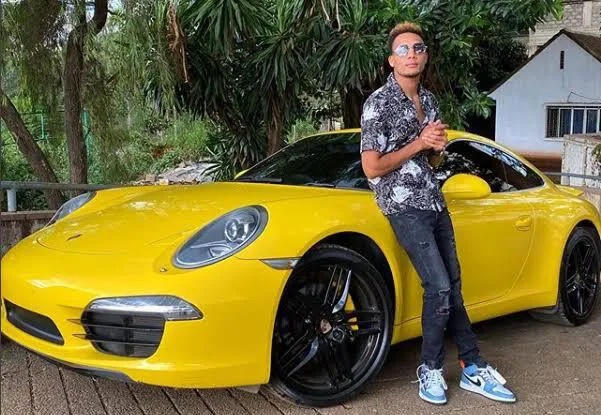 In the past few days, fans have noticed that KRG and his fiance have unfollowed each other on Instagram. Rumours have it that KRG' s ex- fiance decided to choose her sister' s advice, according to a story that was published by Nairobi Gossip Club on Instagram. It is alleged that the reason why KRG decided to walk out of the relationship was quite complicated. He posted that his wife had decided to abandon his kids, and this is what accelerated the break up. The statement read, " she used to be the person I loved so much but she decided to listen to silly advisers who wanted to ruin her life since she was above them all. She was was the youngest. She chose her sister over her own kids. "

The pain in his words could be felt. This is a man who has devoted his feelings and resources to a woman. He feels disappointed by the fact that his fiance is not into him anymore. He said that stupid advisers have advised her wrongly, giving her false advices that have affected their relationship deeply. KRG the Don stated that all her advisers showed her the wrong direction. He stated that if she did not listen to them, there relationship would be standing. The musician married his wife when he was 19.

This comes as a surprise to many, after last year, KRG told the public that his wife and him were together and nothing was going to stop their union. He stated that his wife and him could not break up, but as things are, that is opposite. They have already unfollowed each other on Instagram. Love is beautiful, but this time round, love has gone sour. KRG is facing it rough. He doesn' t know what to tell the public anymore. In the most part of last year, the couple had proved to be so much in love, and many people were positive that they would be a couple for a very long time.

What do you think about their Union split? Should KRG' s fiance be blamed for the union split? Should KRG be blamed for the end of their relationship? Who should be held accountable? What do you think they should do? When the man is the person complaining after a break up, then it means that the woman' s heart was not in that relationship at all. Tell us what you think in the comment section