Actor Mungai's girlfriend says that he supports her financially

By Lizzycalvin (self media writer) | 3 months ago

Aisha, who is the girlfriend to actor Mungai Mbaya has said he supports her financially via a question and answer session on Instagram. Aisha said that Mungai, the brother of former Machachari actor Tyler Mbaya alias Baha, started supporting her day one when they met.

The nineteen- year-old responded by stating that it's true since the first day they met. Aisha also said she had a tattoo of her late son, who sadly died a month after birth.He was buried on June 30, and since then, the heartbroken parents have been penning emotional tributes to him.

Aisha also spoke on her relationship with Baha and his girlfriend Georgina Njenga, saying that they used to 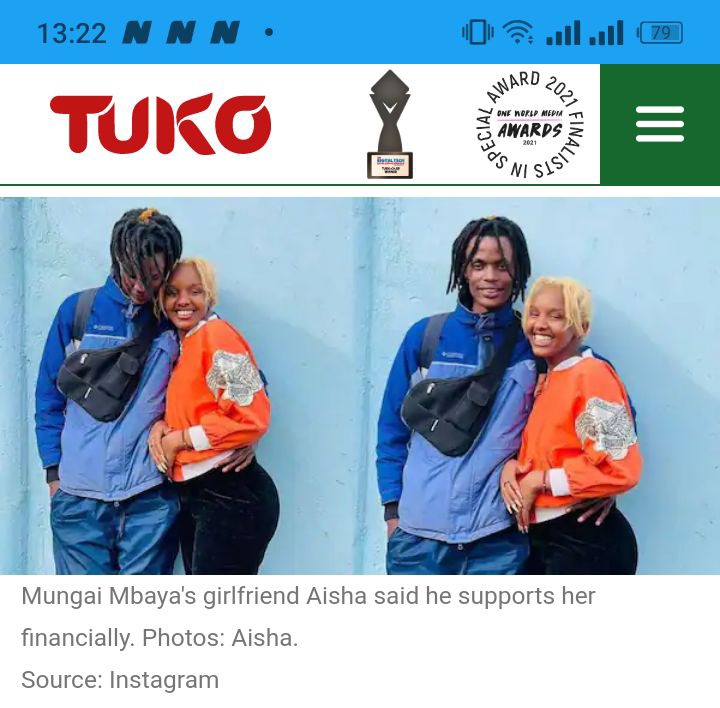 hanged out oftenly. Another fan inquired of how many men she has been with, and she said she thinks thirteen, though not much sure.

Soon after her son's death, she said the tragedy made her realize who her true friends are. According to the heartbroken mother Aisha, many were not there to support when they needed it the most.

Content created and supplied by: Lizzycalvin (via Opera News )