Kumbe: DCI Reveals What Led To Mugoh's Murder, The Man Behind The Assassination And His Photos

By RukiaM (self media writer) | 4 months ago

The name and photo of the man behind the daylight assassination has been revealed. DCI has declared him wanted. 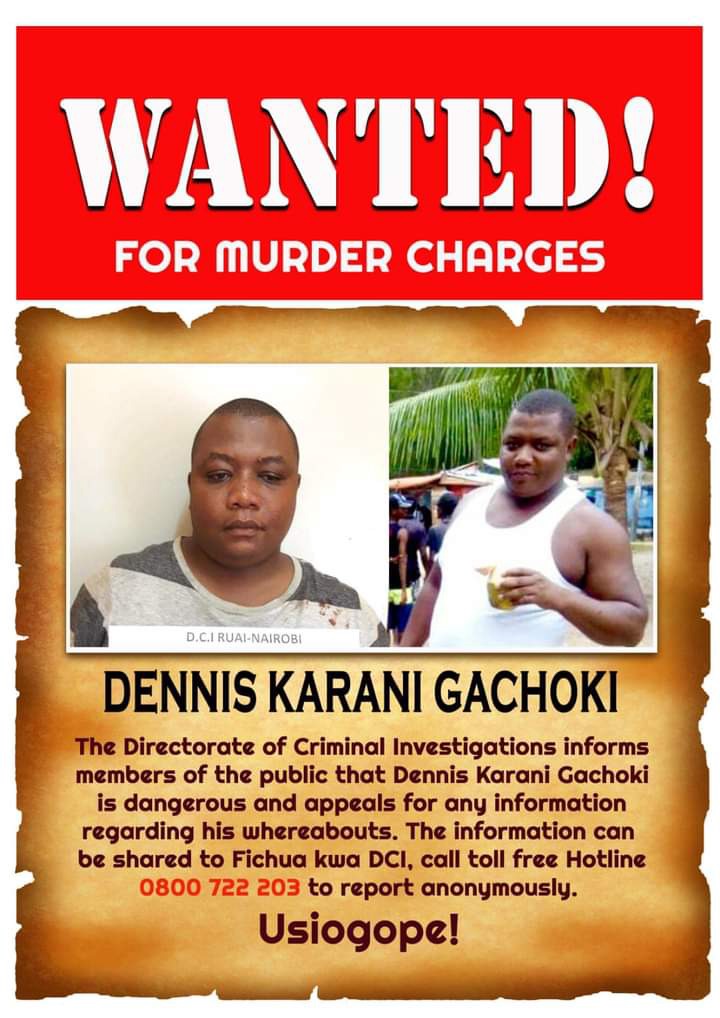 Detectives of the Directorate of Criminal Investment (DCI) has finally brought to limelight that Denis Karani Gachoki is the main suspect in the murder of his ally Samuel Mugoh Muvota at Mirema drive in Roysambu.

DCI says that the wanted man is very dangerous as he is reportedly in possession of a firearm which is snatched from a police officer who was intoxicated after drinking in a common bar in Mombasa.

Information gathered by the DCI reveals that Gachoki's recently fell off with his boss Mugoh over sharing of income from pishori trade and beautiful women who would first pay with their flesh before being recruited to the mafia-style organisation. This is one among others are suspected to be the cause of their fall out which led to the Daylight murder of Mugo. 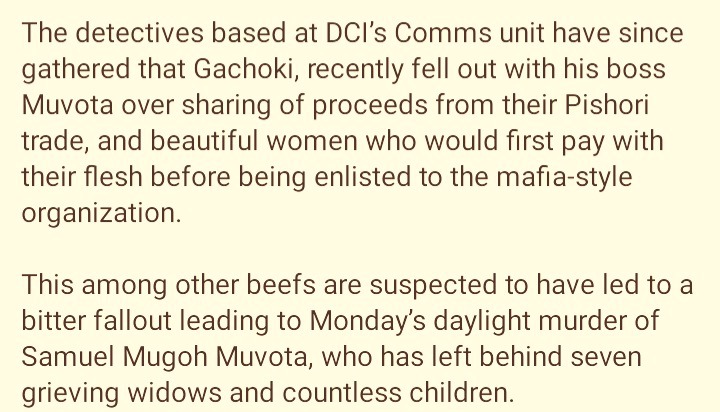 Operation to arrest the suspect have been launched as DCI reveals that the suspect might have already crossed the border to a neighbouring country.

However, the DCI have called upon members of the public to contact Fichua Kwa DCI 0800722203 incase they come across any information regarding Denis Karani Gachoki to help in his arrest.