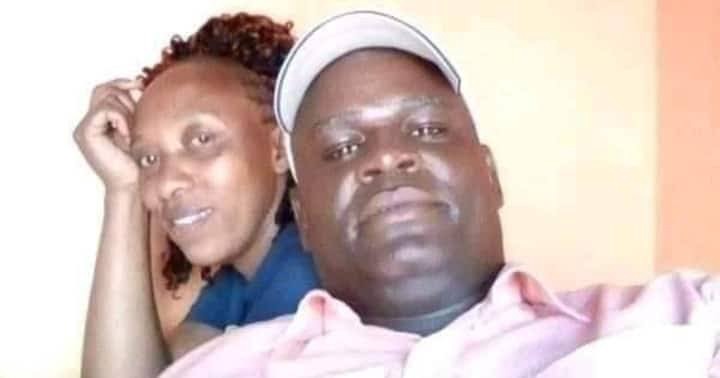 Days after Benson Imbatu - a police officer attached to Kabete Police Station went on a shooting spree, killing five in the process and taking his own life, a revelation by the mother-in-law has thrown a spanner in the works.

Speaking to the media, Azibeta Asava, mother to deceased girlfriend identified only as Carol, stated that she first met with the killer cop on November 15, 2021, when both he and her daughter paid her a visit.

During the interaction, Imbatu revealed his plans to marry Carol - plans that pleased her (Carol's mother). She noted that the officer had expressed future plans with her daughter.

She pointed out that she was saddened by the turn of events after learning that Imbatu had killed Carol and five others in a shooting spree.

In previous news reports the rogue killer cop shot dead his lover on the neck before he went to tje streets shooting every one he met.

During the shocking ordeal atleast 5 innocent lives were lost with two left nursing some serious injuries in hospitals. 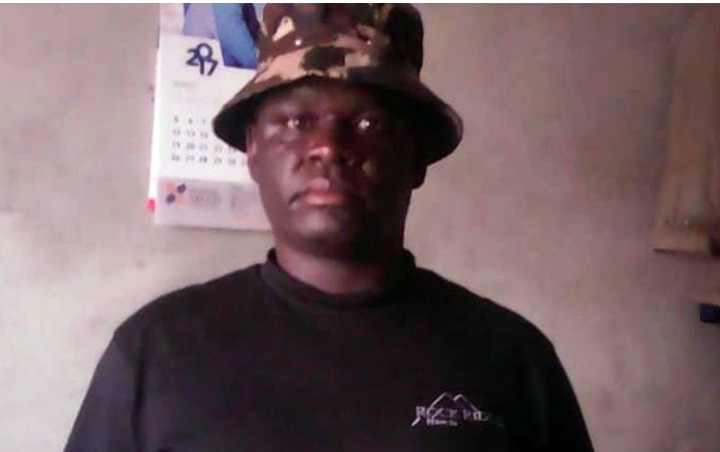 Residents took to the streets demonstrating and demanding justice for those innocent men who lost their lives.

However, the interior cabinet secretary doctor Fred Matiang'i during his address urged all police officers to seek medical attention if they feel depressed.

Lately some shocking killing have been witnessed with police officers at the center of it all. 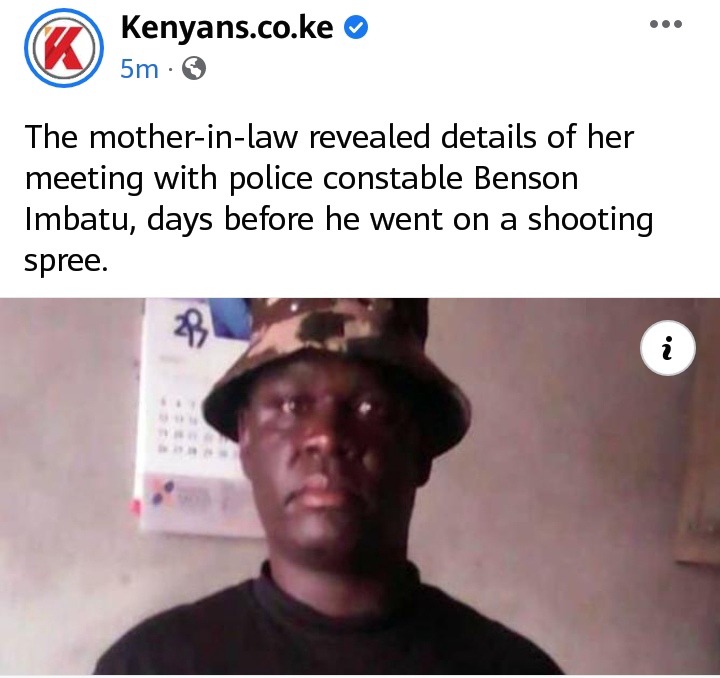