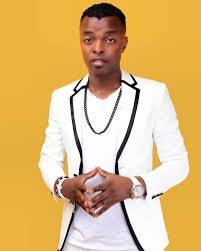 Ringtone Apoko stated that the last time he spoke with Bahati’s wife, Diana Marua, she told him that Bahati needed prayers because he has been going through a lot since losing the MP position. Furthermore, Ringtone Apoko has asked his fans, as well as other Bahati supporters from throughout the world, to pray for Bahati so that he might recuperate quickly and return to his work as a musician.

Ringtone has also informed Bahati supporters that he will check in on him and share how Bahati is doing. Ringtone has also urged other Kenyan musicians to visit Bahati and give him advice so that he can return to music with renewed vigor.

Bahati recently deleted all of his Instagram videos and photographs. This sparked suspicion among the great gospel musician’s followers. Bahati hasn’t revealed anything about his latest transfer as of yet.

The situation is unusual because the musician has been so open about everything in his life. Bahati is known for flaunting everything he does on social media, including his love life, personal projects, and even work.

Bahati and his family were watching a real-life show on national television at one point. This year, Bahati announced his intention to run for a seat in the National Parliament Assembly, representing the Mathare constituency. He also ran his campaign on social media platforms, but he was unsuccessful.

We haven’t heard from Bahati since then, and his social media sites have been inactive. It should be mentioned that Bahati left his music career to pursue a career in politics. Before his demise, Bahati was running against Oluoch for the Mathare constituency seat.

Lets hope all will be well for the “Mtoto wa mama”. Bahati’s situation reminds me of Uasin Gishu County Senator Jackson Mandago’s phrase which stated that “Usieke siasa kwa roho”. Maybe Bahati ignored What Mandago said and that is why he might be feeling the “political” heat