By Boldblog (self meida writer) | 20 days 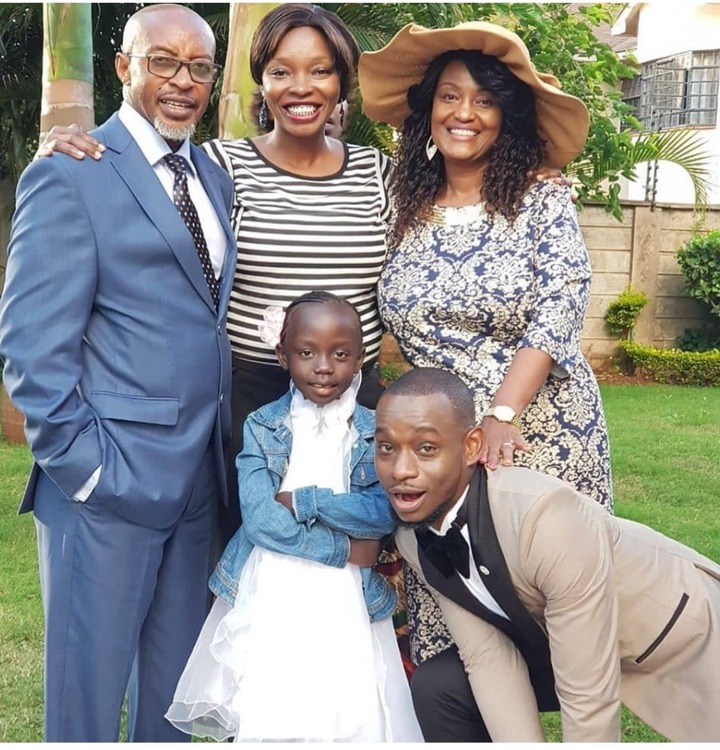 Being actor is a calling as one enjoys playing different roles while on set. It is always a good experience to display your acting prowess in any scene as this boosts your confidence and prepares you for more tasks ahead. The most tempting scenario as an actor is when you get a role that is not in alignment with your attitudes and believes and hence some roles can demoralize your status in the society.

Dennis Musyoka popularly known as Boss William Hausa is a celebrated personally in Kenya. He is known by many when he used to be featured in the just ended show Maria drama series which used to be aired on Citizen TV. While on set, he used to act as the husband to Madam Victoria and this truly revealed that they are a perfect match although they are not couples. 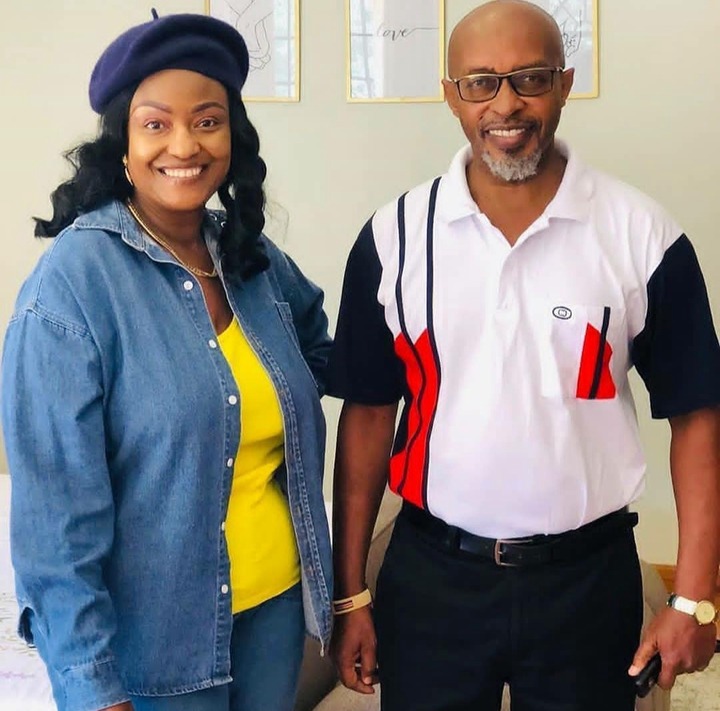 Boss William appeared for an interview on NTV's Gumzo La Sato where he was hosted by Lofty Matambo and Fridah Mwaka. During the interview, Boss William reveals the roles he can't act while on set. According to Bossn William, he reveals that he respects his wife very much and he agreed with her that he will never let her down while on set. Boss William open up that he cannot act bedroom scenes or kiss anyone while on set. 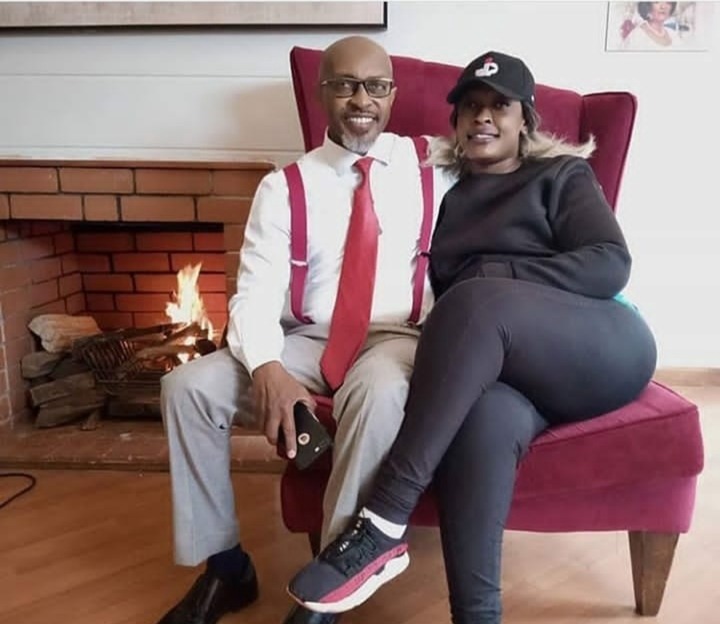 While given a script, he reveals that he confirms that his roles are clean and will not be against his principles since he respects his wife very much. 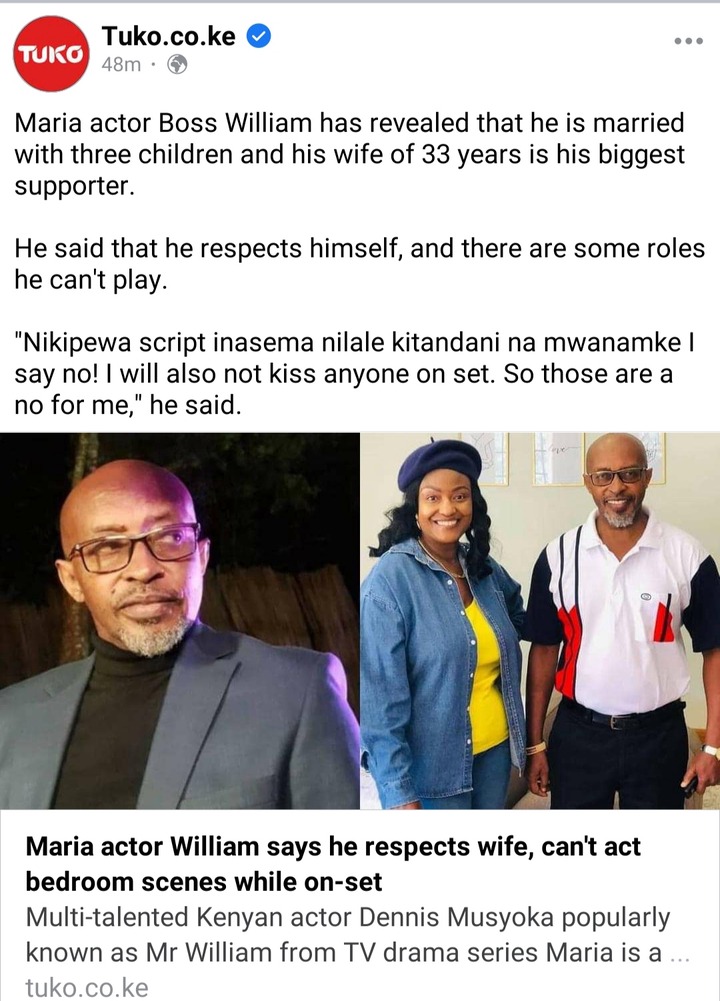 Boss william is a father of three grown up kids and he is enjoying his life the real way.