Signs you are not ready for marriage, even if you think you are

By NairobiLatestnewz (self media writer) | 1 year ago

In 2016, popular gospel singer Eunice Njeri walked down the aisle to marry her then partner Isaac. A few hours later, she changed her mind and walked out of her marriage. “I did go to the altar to get married but at the end of that day, I realised that I couldn’t do it because my heart was somewhere else,” she later told the media. Ms. Njeri was convinced that she was not ready for marriage at the time.

Currently, a number of celebrity couples in Kenya are in the middle of divorce after just a few years in marriage. Many other ordinary couples are also on the queue. In retrospect, many of them feel that they shouldn’t have gotten married in the first place. This is why it is important to know the signs that you shouldn’t get married. Here is a list of signs and telltale signals that you are not ready for marriage: 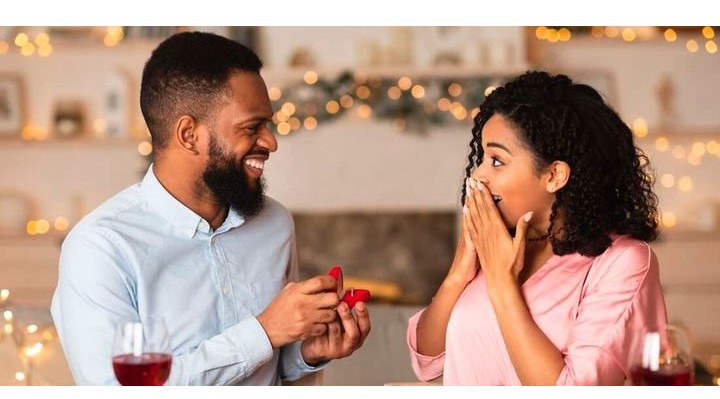 The perfect one: According to Dr. Chris Hart, the author of Single and Searching and a psychologist based in Nairobi, marriage isn’t about finding someone who matches you. There’s no such thing as the perfect partner. Keep off marriage if you can’t muster the ability to deal effectively with your differences. “You will find out that real spouses are seriously difficult, irritating and irrational on occasions. This will only happen by dating enough people,” he says. This suggests that dating one person or dating for a very short duration may not be the best way to determine if you’re ripe for marriage.

The give and take: You will lose and gain by getting married. Amy Schoen, a relationship coach and the author of Get It Right This Time, says that you should not get married if the losses outweigh the gains. “The major issues likely to crop up once you get married are your loss of freedom and added obligations,” she says. Know how culture defines a woman’s role in marriage, how far your partner is willing to compromise, and what you can and can’t accommodate.

Fidelity: Sex and sexuality have been liberalised. Unlike before, there are now open marriages and relationships. Marina Margulis, a match-maker at the New York Socials dating site, says that feeling an intense urge to remain faithful to your partner is a strong indicator for marital readiness. “When you’re ready, the thought of getting intimate with another person becomes irritating. You feel a subconscious urge and desire to commit and stay faithful and you want the same,” she says. However, Dr. Hart cautions that you must also understand how likely it is that one of you will have an affair. High probability of your partner becoming a serial cheater in marriage is a red flag.

Sexual compatibility: Your fiancé may tick all the right boxes, but if you’re not sexually compatible, your marriage could blow up like a house of cards. “If the sex is awful, you’re likely to regret,” says Dr. Hart.

Marriage vs wedding: Would you do a simple ceremony at the government’s offices if need be? Take a break if you’re more obsessed with the glamour of a grand wedding than the structure and concept of marriage. “Grand weddings do not necessarily make for long lasting marriages. Whereas you may want a nice wedding ceremony to mark the start of your married life, you must know the distinction between a wedding and marriage,” says psychologist Ken Munyua. Don’t rush into marriage to even a score with an ex.

Pressure and fear: Don’t give in and marry if you feel pressured, desperate or fear that you are not doing well in life on your own. It will also be a mistake to go ahead and marry someone just because you have dated them for long and feel guilty about breaking up. “A common mistake is getting married because you fear the person you have is your only chance at love even though you are not truly ready for a long-term commitment,” says counseling psychologist Frankline Oyoo.

Liking someone but not being in love with them is another sign. “Romantic love and affection is as important as the right set of characters in a mate. Feelings don’t stay forever, but the love you felt from the word go is what helps to reignite the fire down the road,” he says. This means that even though your partner might be a good deal, you should pause to consider if it is fair to settle down with them when you don’t really love them.

The issue with cohabitation

You may be ready to get married, but your partner may not. Be alarmed if your partner fronts cohabitation as an alternative. He may not talk about marriage and instead will prefer that you continue living together because he doesn’t want to ruin the ‘good thing that you have’. “Your relationship is likely to be unstable, because this goes along with not being fully committed,” say Dr Hart.

Content created and supplied by: NairobiLatestnewz (via Opera News )