By SamMunyaka (self media writer) | 2 months ago 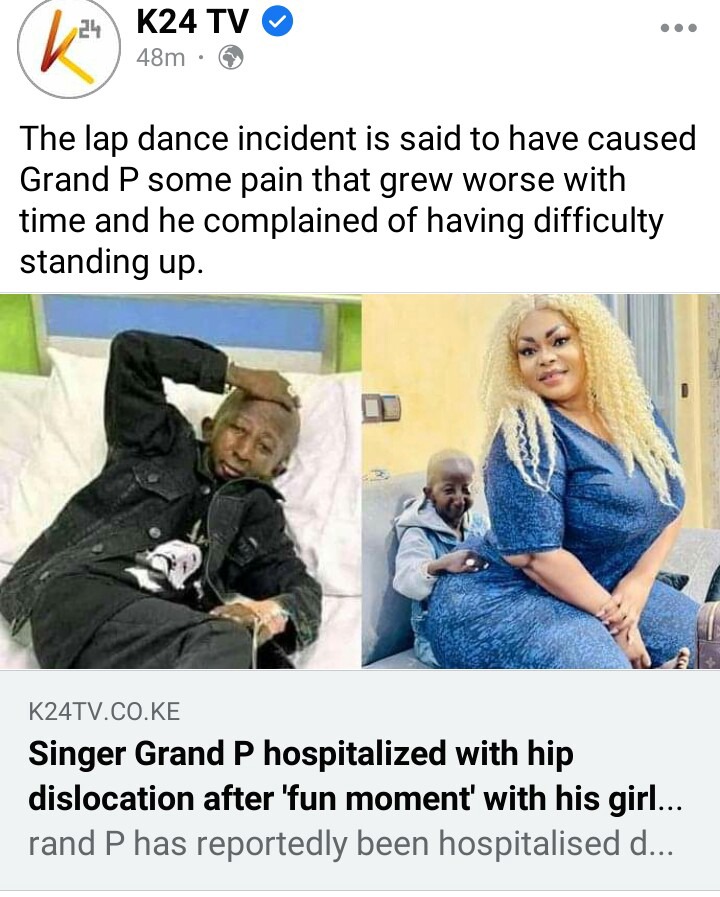 Popular Guinean singer Grand P has been allegedly been hospitalized following a hip dislocation. He is said to have been diagnosed with the condition barely a week after his girlfriend sat on his lap while having the time of their lives at a particular event.

In a video which went viral on various social media platforms last week, the fiance was captured dancing, twerking to a particular song before landing of musician's laps.

Reports have revealed that the popular artist experienced some pain which later snowballed to a serious health condition. He is currently admitted to Metro hospital for specialized treatment after the condition reportedly exacerbated. 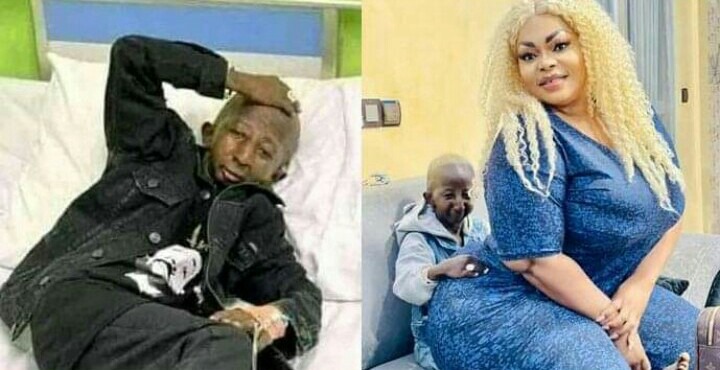 The singer became popular and internet sensation in Kenya after he broke up with girlfriend Eudoxie Yao who accused him of being not loyal to her.

However, the two got back together after the singer publicly apologized for being unfaithful man. He went ahead to promise her that he would never cheat on her with another woman