By Introducer (self media writer) | 28 days ago

Mr seed is well known gospel artist in the Kenya gospel music industry. Mr seed is said to be the one who introduced kelvin bahati in gospel music where he released his first song with bahati . Recently he he introduced his album and even launched it calling artist to support him in the coming album called the black child . In launching his album bahati and ringtone were seen pushing each other to a fight . In an interview done to Mr seed he disclosed that he used 5million his promoting his album although Eric omondi had promised him one million which he gave to him just a few days ago . mostly he stated that the song will refund the money which he has used. 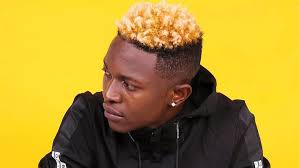 Funny Memes of Curfew After Being Lifted by President Uhuru

Man In Court for Inserting His Fingers Into A Girls' Private Parts As She Was Doing Her Homework.