By Gichohiway (self media writer) | 29 days ago

1.Despite the absurdity of its plots, the series is not pre-written.Given how detailed the series' many escape plots are, this may be the most shocking part of Money Heist: The Phenomenon. The series' scripts aren't written in advance. Rather, they're written in tandem with the filming. This allows the writers to better grasp what a script requires and alter the series' direction. As a result, if an actor or director captures something truly amazing on set, the program can pivot on a dime to pursue that new direction.Part 3 includes a flashback in which the Professor (Lvaro Morte) instructs his students on how to do emergency surgery. 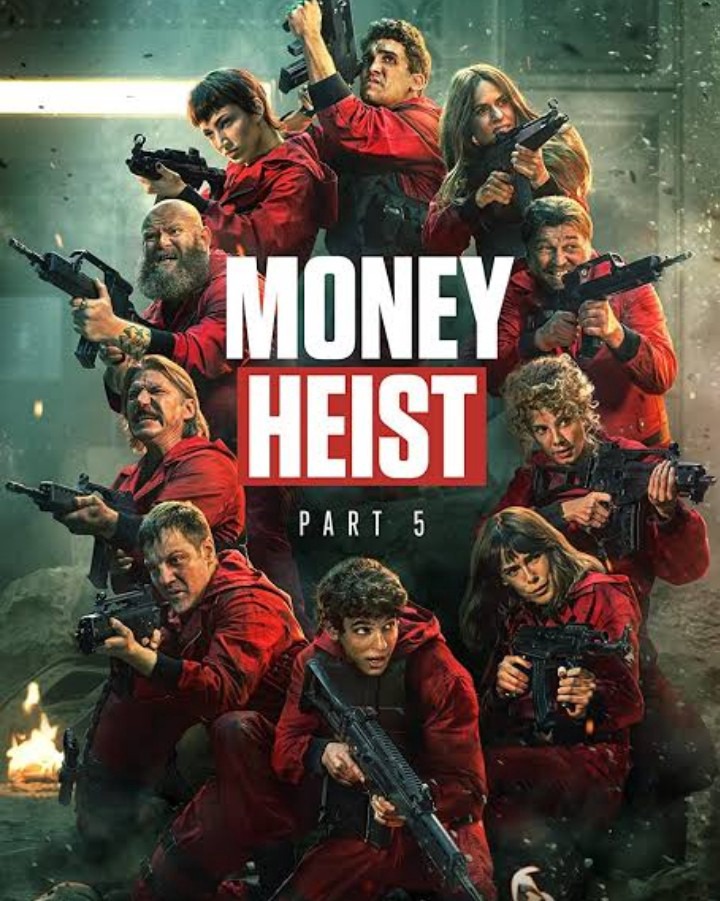 3.Among the show's renowned fans are Stephen King and Neymar.More celebrities have donned their own red jumpsuits and Salvador Dali masks as the series has grown in popularity. However, horror writer Stephen King and Brazilian soccer player Neymar do Silva Santos Jnior may be the two most infatuated with the show. In Part 3 of Season 2, Neymar even made a cameo as a monk.

4.Before Netflix took it up, 'Money Heist' was condemned to fail. The first season of La Casa de Papel seemed promising when it debuted in Spain. On the Spanish station Antena 3, the first episode got 4.5 million viewers. However, as the series progressed, the number of viewers decreased. When Netflix came along and bought the show, the creators and cast had already accepted that it was a flop.With little fanfare, Netflix added La Casa de Papel, renamed Money Heist in the United States, to its repertoire. Subscribers discovered it and fell in love with it regardless. And this tense robbery drama turned out to be one of Netflix's best bets.

Content created and supplied by: Gichohiway (via Opera News )